Adobe Updates Illustrator, Fresco, Photoshop, and Other Apps to Enhance Creativity Among Individuals

Adobe Max 2020 has been kicked off with an aim to bring “creativity for all”. Unlike the previous Max conferences, this year’s event has started virtually owing to the coronavirus pandemic. At the event Adobe has brought a list of updates to all its known products including Photoshop, Lightroom, and Premiere Pro. The San Jose, California-headquartered company has introduced new products including Illustrator for iPad and Fresco for iPhone to expand its reach and enhance creativity among mobile users. Adobe has also previewed a prototype of a content attribution tool under the Content Authenticity Initiative that it launched at the Max conference last year.

The biggest announcement for people looking for mobility solutions at this year’s Adobe Max is the launch of Illustrator for iPad. The app is based on the core design capabilities that were earlier provided to desktop users. However, Adobe has tweaked the experience specifically for iPad users by adding support for Apple Pencil. There are also 18,000 fonts and new features including radial, grid, and mirror repeat to make graphic designing significantly easier on the iPad.

Adobe has also brought a new Recolour Artwork feature for desktop users of Illustrator. This addition brings the ability to change colour themes with just one click. There are also optimisations to provide a cross-device experience specifically for the users who want to switch between their desktop and the iPad.

Adobe Illustrator for iPad is available to all Creative Cloud members who have Illustrator in their subscription. Alternatively, the app can be purchased by itself at $9.99 (roughly Rs. 700) a month.

Alongside the Illustrator app for iPad users, Adobe at this year’s Max has brought Fresco for iPhone. The painting app that was initially available for the iPad in September last year and debuted on Windows touch devices at Max 2019 brings the same functionality that was earlier exclusive to the iPad and the Windows platform. Nevertheless, the Adobe team behind Fresco has redesigned the overall experience to make it available on the smaller screen of an iPhone. 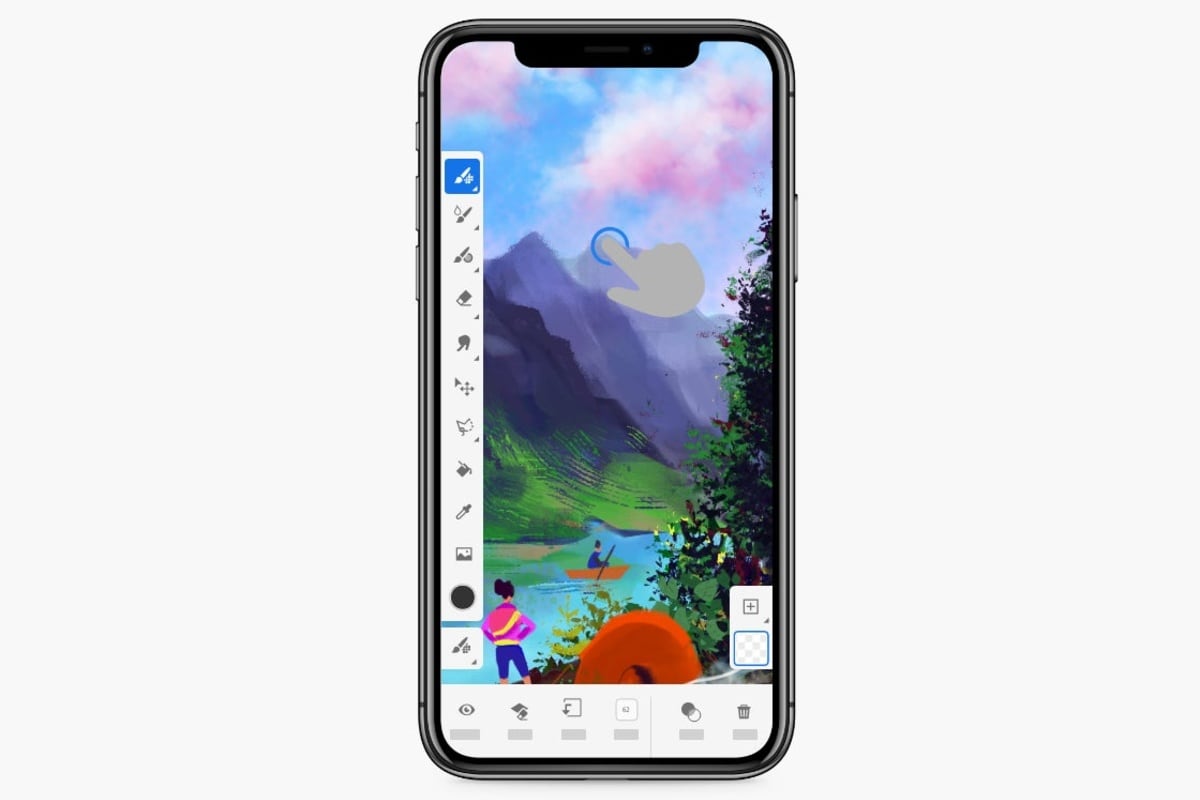 In addition to the special treatment for iPhone users, Adobe has also brought text support to Fresco to let you include your words along with your creativity. There is also a Cloud Documents integration to provide a seamless multi-device experience across iPhone, iPad, and Windows touch devices.

The Fresco app for iPhone users is available for free download. However, its premium features are available in a bundle with Fresco on the iPad and Photoshop on the iPad at $9.99 or Rs. 1,675.60.

Updates to Photoshop, Lightroom, Premiere Pro, After Effects, and others

Aside from the release of Illustrator for iPad and Fresco for iPhone, Adobe has brought tons of updates to its products including Photoshop, Lightroom, Premier Pro, and After Effects, among others. One of the major changes is an Adobe Sensei integration to bring a deeper artificial intelligence (AI) powered experience across all major apps. You will also get augmented reality (AR) focussed changes to Adobe Aero and XD.

With Sensei support, Adobe Photoshop gets a Sky Replacement feature that separates the sky from the foreground to let you change the flavour of your image. There are also Neural Filters that use machine learning algorithms to provide a next-level of image manipulation. Similarly, there is a Discover panel that uses AI to provide personalised recommendations based on your work. Adobe has also added Object Aware Refine Edge and Refine Hair options that both use AI to let you improve your images. 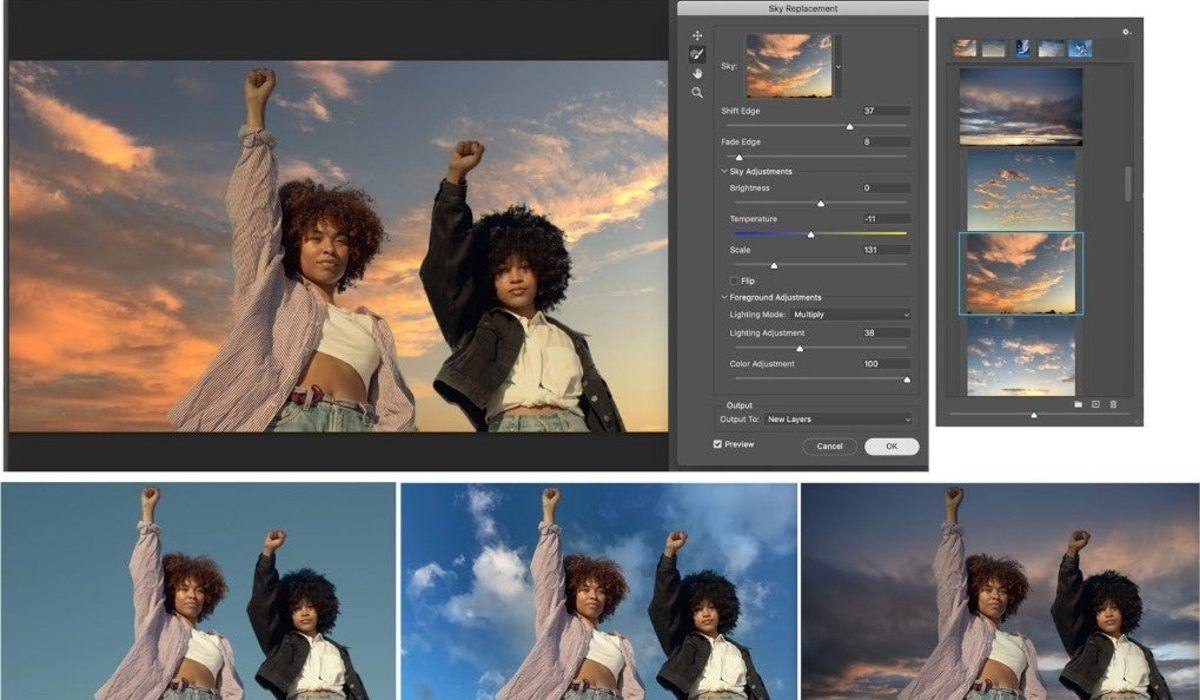 Sensei’s power isn’t limited to Photoshop but is also available on Premiere Pro where you’ll get a preview of speech-to-text. This can be used to automate speech transcription from video content. It is also capable of generating captions and subtitles. Similarly, After Effects has added Sensei-powered Roto Brush 2 that selects and tracks an object, frame-by-frame — alongside isolating the subject automatically. There are also new 3D Gizmos and improved camera tools to make it easier to build 3D visuals.

Adobe has also upgraded Lightroom with advanced Color Grading that takes the position of the earlier Split Toning and gives you the ability to change the toning of your images using different colour grades. It is important to highlight that Color Grading is fully compatible with the existing Split Toning.

In the case of XD and Adobe Aero, there are specific updates to let you build immersive and interactive AR experiences. The latest XD update particularly brings a 3D Transforms feature to let you bring depth and perspective to your user experience designs and bring AR experiences to existing UI/ UX designs.

Adobe is also bringing in-app livestreaming to the iPad versions of Photoshop and Illustrator. The experience works similar to what was provided to Fresco earlier this year. It lets you work along with your team or learn new tricks from your colleagues while staying indoors. You can also follow people, discover and share presets, and create a personalised feed using Lightroom’s Learn and Discover.

Further, Adobe has previewed the prototype of the attribution functionality that will be available to some beta users in Photoshop in the coming weeks and will be rolled out to other Creative Cloud apps in 2021. This functionality is aimed to help combat deceptive content manipulation online and give ways to people to help identify falsely created images and secure their creations from being abused by bad actors.

Are iPhone 12 mini, HomePod mini the Perfect Apple Devices for India? We discussed this on Orbital, our weekly technology podcast, which you can subscribe to via Apple Podcasts, Google Podcasts, or RSS, download the episode, or just hit the play button below.

Disney’s online store is live in India. ShopDisney.in is now open for orders, and will ...