App Store purchases have soared in 2020 due to COVID-19

The ongoing COVID-19 pandemic has reportedly prompted major changes in the way people use mobile devices like the iPhone, with consumers spending more time with their smartphones and purchasing more apps and games in the first half of 2020 than the second half of 2019.

Country-wide lockdowns and social distancing measures, such as working from home initiatives, has been beneficial to the smartphone and mobile device industry, findings from App Annie suggest. The report into consumer behavior changes in the first half of 2020 reveals that people turned to mobile devices to work around and entertain themselves at home, to cope with not being able to be as sociable as usual. 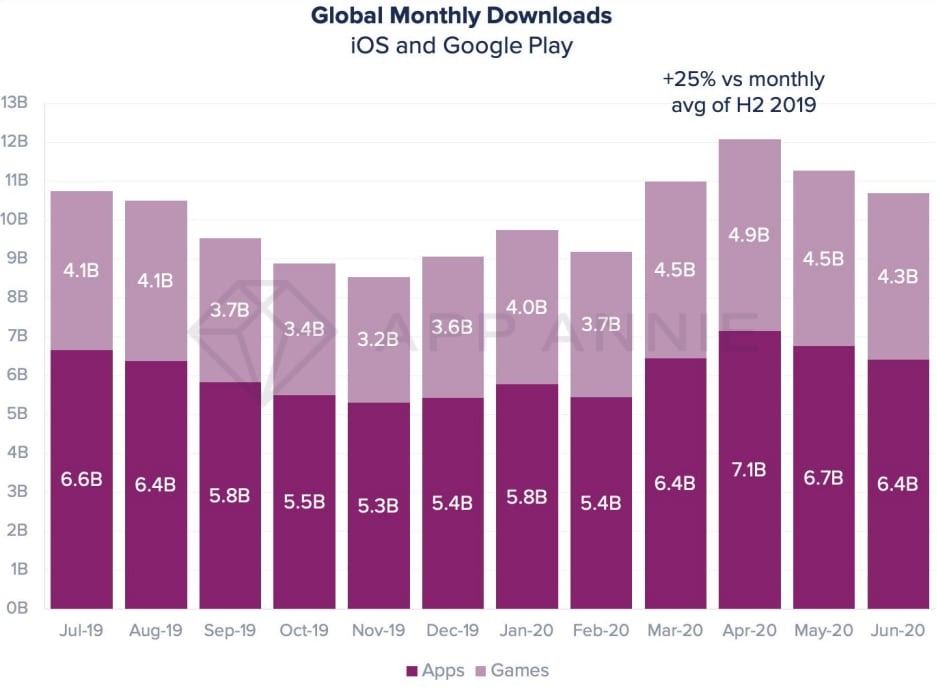 Similar results were determined in changes of spending habits, with consumers paying out more than $50 billion globally on apps and games in H1 2020, across both platforms, representing a 10% increase from H2 2019. Spending peaked in May 2020 at $6.8 billion, which the report suggests the higher spend one month after peak downloads indicates consumers are “not just using apps more, but deriving value from mobile services.”

Games were considered the main beneficiary during the period, outpacing apps at 35% growth in April 2020 compared to the average usage in H2 2019. 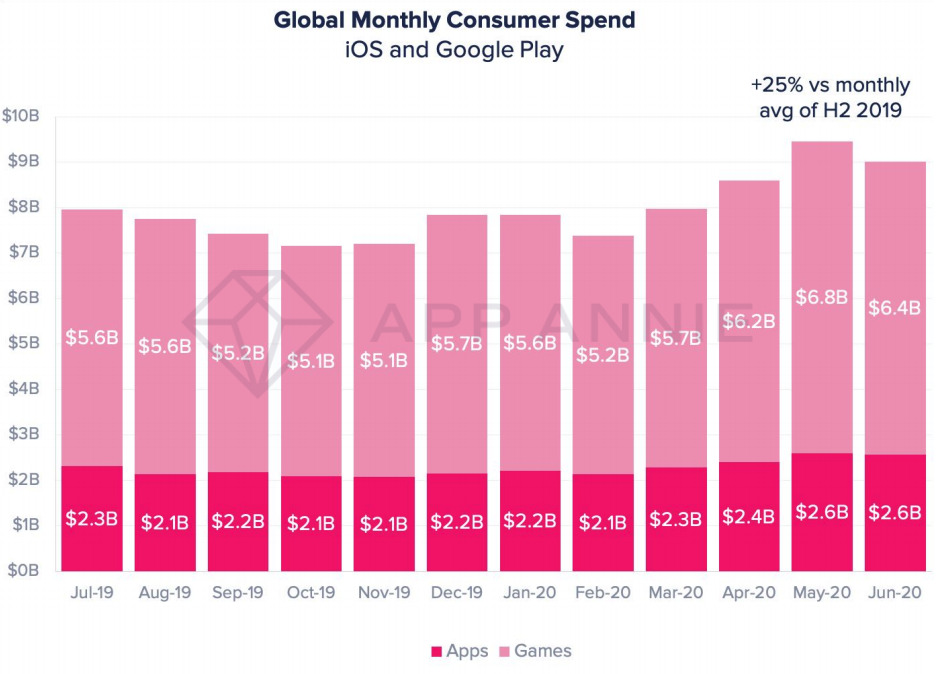 “During this difficult time, we reached for our smartphones,” reasons the report. “Mobile is our portal to connection, entertainment, exploration, information, and creativity. It is a critical time for mobile adoption in our everyday lives and companies should prioritize mobile features, updates, and launches to meet consumer needs – or risk losing out to a competitor who does.”

Other data points raised in the report include a 25% increase in hours spent in video streaming apps in H1 2020 over H2 2019, a 220% increase in work-related mobile apps such as Zoom and Microsoft Teams, and a rise in the number of daily waking hours devoted to smartphone use from 20% on average in 2019 to 27% in April 2020.

AppleInsider shows you how to play your favorite movies on your iPhone while browsing the ...