Apple’s iPad Air 4 has a cult following, and for good reason. It occupies the best spot in the lineup — it’s not the cheapest tablet Apple makes but still comes in at a reasonable price point for what you get.

The fourth-generation saw the first real massive redesign — it’s thin, fast, and boasts a slick, flat back, truly earning it the “air” monicker. With its well-earned placement as the go-to iPad that fits “just right,” it is no wonder folks were so excited that Apple had introduced a new model.

A much-needed, and colorful, redesign

We can’t begin this review without talking through the design changes. This freshly-updated iPad Air 4 has borrowed much from the iPad Pro line. It has a similar squared-off design, helping to modernize the design. 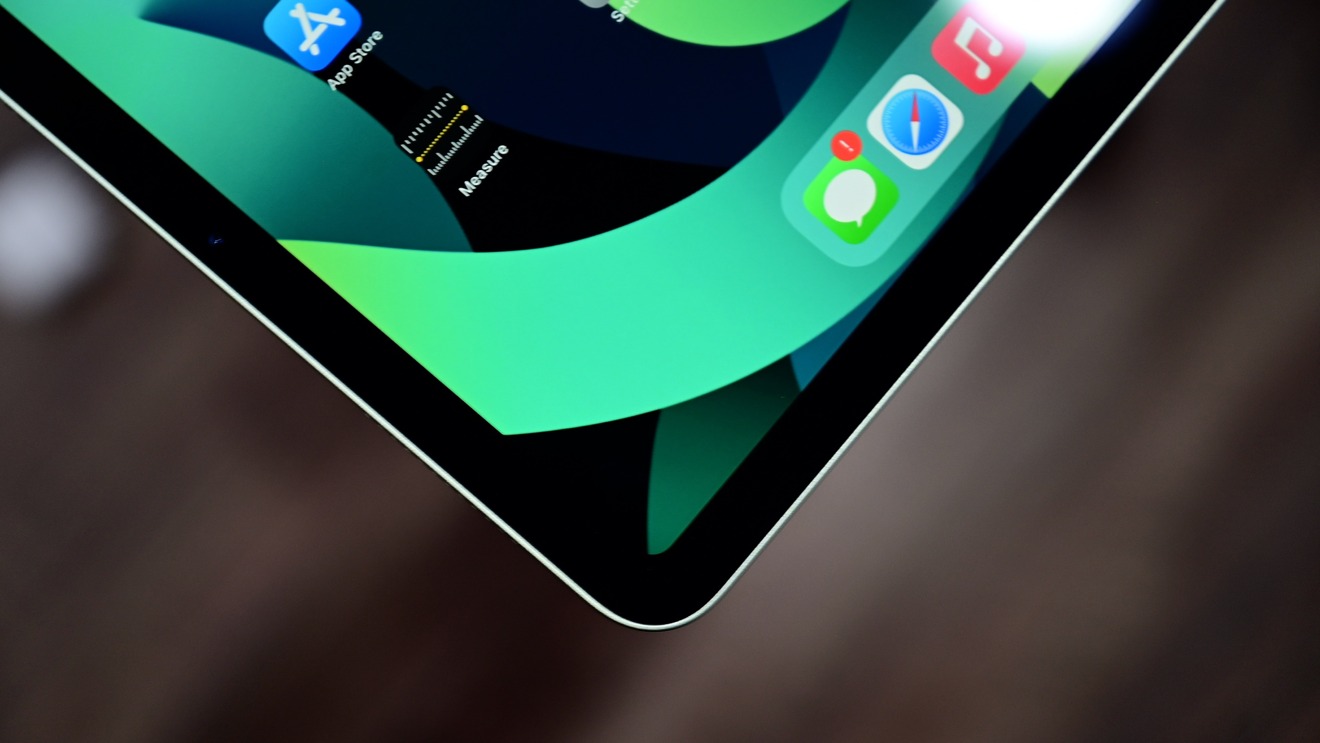 The screen goes nearly edge-to-edge with a Liquid Retina display, complete with curved corners. It has smaller bezels than the iPad Air before it. The previous generation had a 10.5-inch 2224-by-1668 display with 264 pixels per inch. The new iPad Air 4 measures up at 10.9 inches and a 2360-by-1640-pixel resolution, still at 264 PPI.

Even though the screen is larger, the iPad Air 4 still maintains its compact feel. The bezels do the most work with increasing usable area as they are much more narrow. 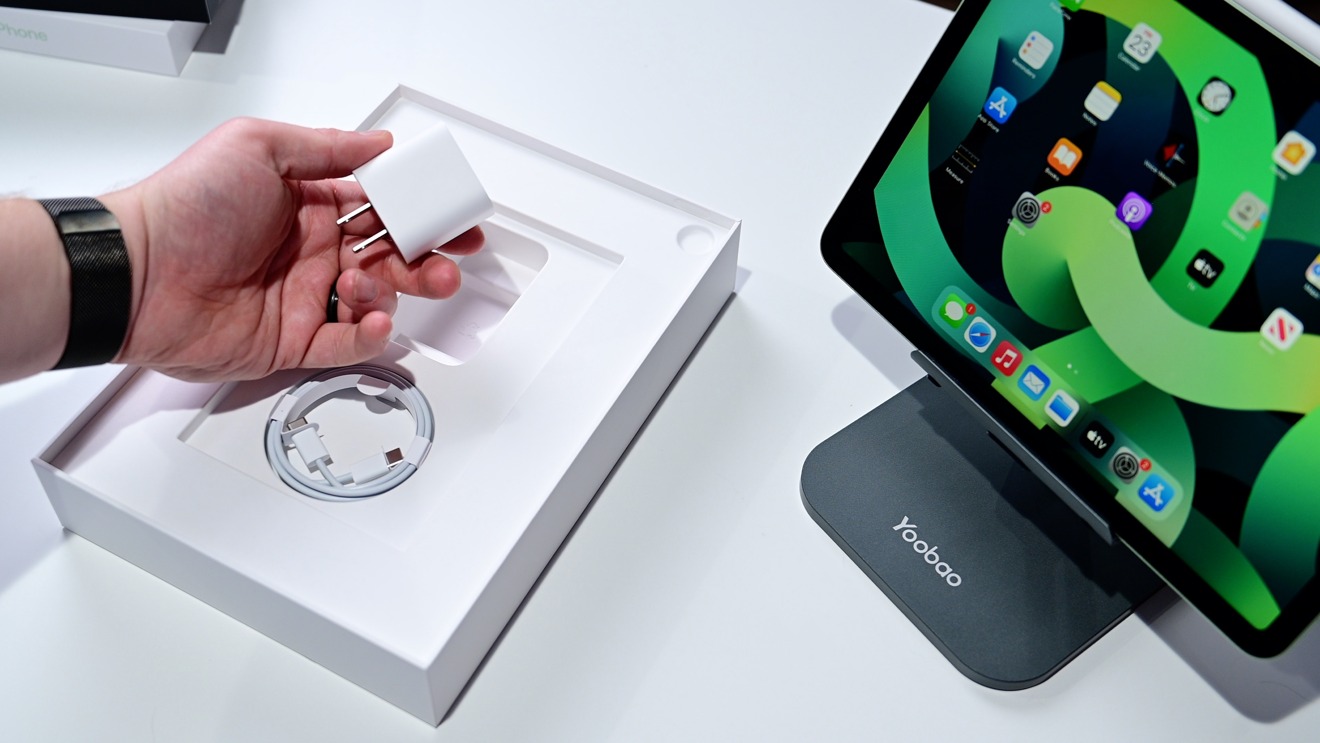 One of the most significant changes this generation is the migration from Lightning to USB-C. With USB-C, there is an unending list of new functionality afforded by various peripherals. You can now connect to plenty of devices, such as external USB-C 4K displays, printers, USB-C hubs with multiple SSDs, SD cards, and wired Ethernet. It will let you directly connect your camera that uses USB Type-C, such as the latest mirrorless cameras or the new GoPro Hero9 Black.

While external storage and cameras are probably the most important and frequently used of the bunch, USB-C opens the floodgate for so much more for iPad. We are thrilled Apple has brought this feature from the iPad Pro to the iPad Air. 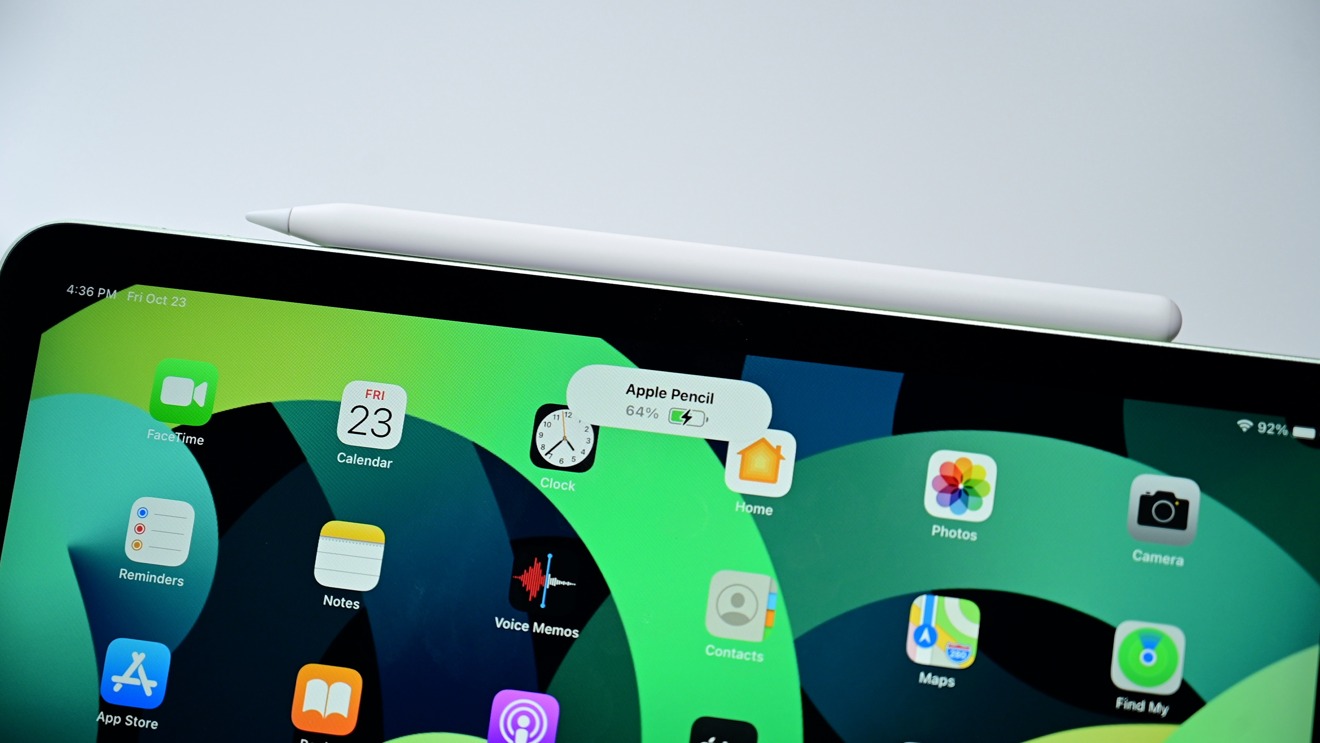 The Apple Pencil 2 has some benefits over the first. It features a matte finish, wireless charging, and a more comfortable grip. You can tap the side of the second-generation Apple Pencil as a shortcut to alternate between controls. For example, if you’re using the Apple Pencil as a paintbrush and you make a mistake, you can double-tap the side and it will switch to eraser mode. Some apps have different shortcuts you can create, though Apple’s own Notes app changes to the eraser and back.

Since Apple nixed the Lightning port, inductive charging is used instead. Apple Pencil 2 snaps itself to the edge of the iPad Air and charges wirelessly. This is a much more elegant solution than awkwardly protruding from the end of the tablet. While it is prone to falling off if bumped or jostled accidentally, we do prefer this method by far.

As it tends to do, Apple also focused on the small details and has lovely animations whenever the Apple Pencil is placed on the charger to let you know how much battery is remaining.

This tablet does not feature Face ID but instead relies on a revamped version of Touch ID. Since the Home button has gone the way of the dodo, Apple had to relocate the biometric sensor to the sleep/wake button instead. This is the first time Touch ID has existed outside the Home button on an iPad, and it took some effort to get used to it. 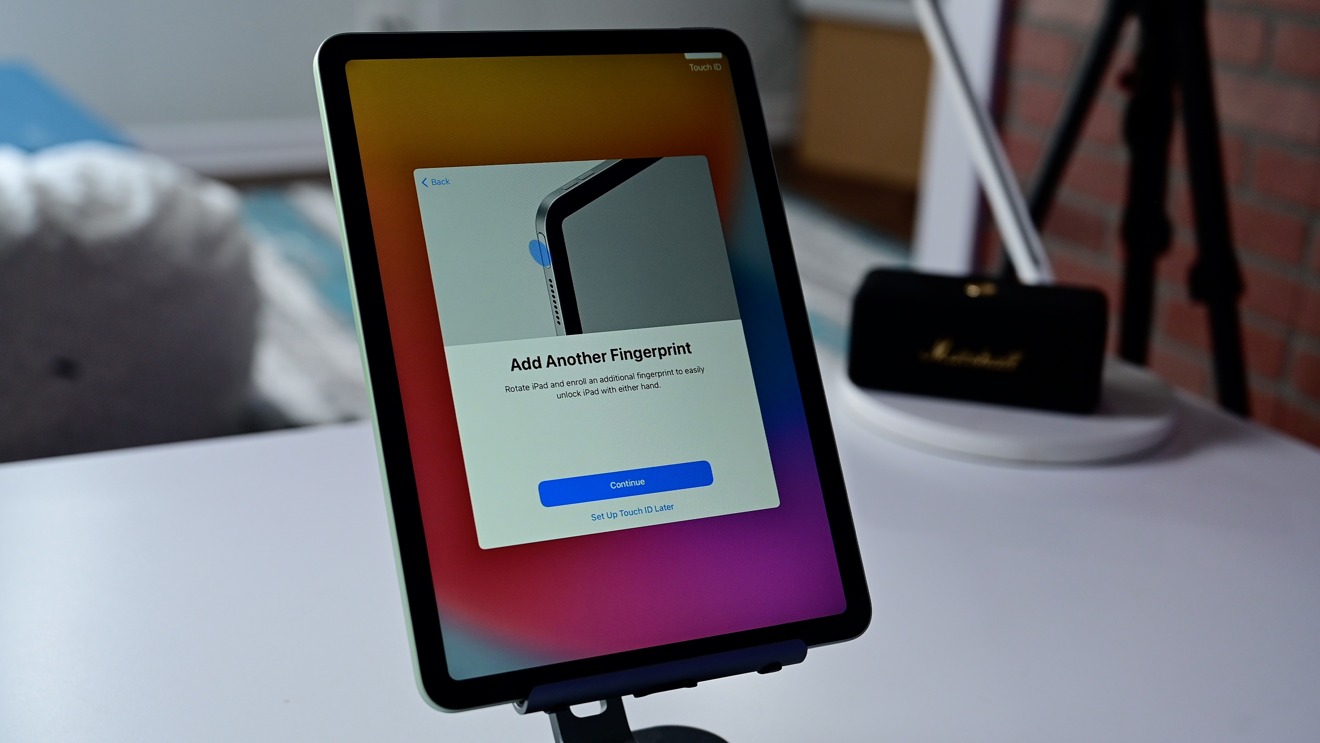 During setup, iPad Air 4 guides you through enrolling your finger with Touch ID. When held in portrait orientation, this would typically be your right index finger. But iPad, unlike perhaps an iPhone, is intended to be used in almost any direction. That’s why Apple actively encourages you during setup to rotate the iPad and enroll a second fingerprint. We may not have done this straight away if not prompted, but when the iPad is in landscape mode, it becomes more convenient to unlock the screen with a finger on your left hand. 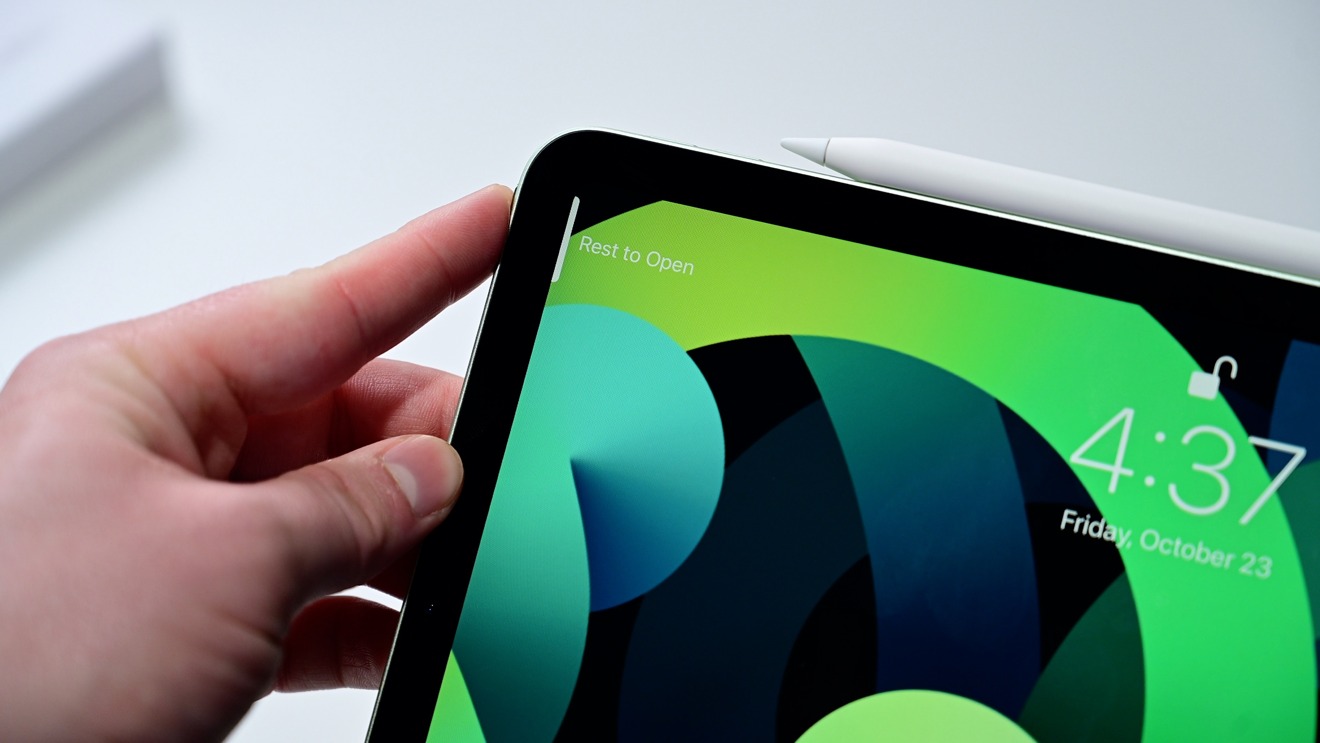 Rest to open with Touch ID

Unlocking the iPad Air 4 with Touch ID is easy to do— click the button to wake your iPad Air and it will automatically read your fingerprint. If you then hold your finger there for just a second, it will “open” your iPad and take you to the Home screen. If you’re more familiar with Face ID devices, such as newer models of the iPhone or the iPad Pro, this may take some getting used to. We would often find ourselves tapping the screen but then have to move our hand to the edge to unlock with Touch ID.

It isn’t a massive adjustment, but it feels slightly slower and clunkier than Face ID. It is no reason to shell out extra for the iPad Pros, but it is the one time we felt somewhat held up by the iPad Air 4.

A few other changes worth mentioning, iPad Air now supports Wi-Fi 6, has an upgraded 12MP rear-facing camera that can shoot 4K video, and improved speakers— though there are still only two.

If we take a look at performance, we notice straight away how zippy this iPad Air is. It opens apps, multitasks, and bounds around the UI like nothing is holding it back. When performing basic tasks, it feels like the most responsive iPad yet. Not by much considering the iPad Pro was no slouch but is noticeable side-by-side. 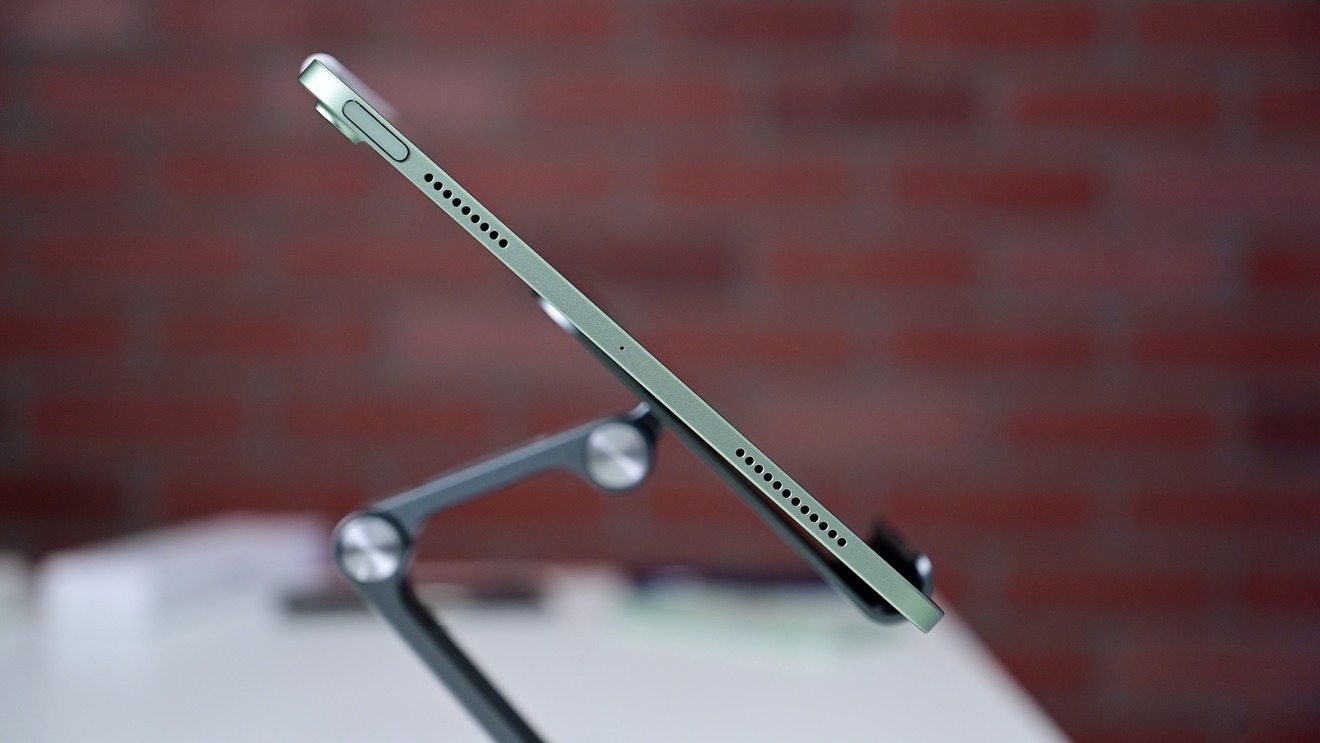 That is a roughly 30 percent higher single-core score, and it only lags in the multi-core test by around 12 percent. The A14 Bionic processor is a six-core chip with a base clock speed of 2.99GHz with 4GB of RAM. The current iPad Pros have the A12Z Bionic processor that sports eight cores at 2.49GHz and 6GB of RAM.

So the iPad Air 4 has less functional cores than the iPad Pro, but it makes up for it with a faster clock speed. Hence the more impressive single-core results and falling only slightly behind in multi-core.

Most tasks are only single-core operations, so this iPad Air should feel faster day-to-day. It will suffer slightly on multi-core intensive tasks, such as editing massive 40MP RAW photos or exporting a Dolby Vision HDR movie in iMovie.

When we compare the new iPad Air to the outgoing iPad Air, we see how marked the upgrade is. The previous iPad Air, with its A12 Bionic, scored 1112 and 2826 On Geekbench. Its Metal score was 5285. That’s a 30 percent single-core gain and a 32 percent multi-core gain.

For everyday tasks and complicated tasks, this iPad surpasses our expectations. The iPad Air 4 is currently the most powerful iPad Apple has created thus far, and we believe that users will appreciate the effort that has gone into making it.

Deciding whether an iPad Air is or isn’t productive is all subjective, as it depends on what you are using it for. What we love about the iPad Air 4 is how well-rounded it is. It feels like the best tablet available right now. Of course, it still lags behind the 2020 iPad Pro line in a few places but that doesn’t take away from how great the iPad Air is.

If you are looking for a tablet primarily for work and higher grades of school or college, we’d suggest this tablet over any other. It isn’t as expensive as the iPad Pro line, but it has a newer processor and supports the much-improved second-generation Apple Pencil. It also has USB-C. If you’re looking to connect flash drives or other external storage, this is the cheapest iPad with that feature.

Since it has the fastest single-core scores around, it also makes almost any task super quick. You get stellar performance for still less than an iPad Pro.

The screen size has increased, making it an excellent device to read on. If you plan on multitasking, you can connect an external USB-C monitor for more screen real estate.

This generation iPad Air supports Magic Keyboard. We love the Magic Keyboard, despite its rather high cost. It is fantastic to type on — the keys feel great and even feature a backlight. The integrated glass trackpad makes text editing and some navigation much better than before.

If you consider “being productive” as playing the latest games, only the most die-hard gamers will cry foul. Due to the lack of additional graphical power, it has slightly lower max settings than the iPad Pro line. For example, Genshin Impact gets marginally lower frame rates than the iPad Pro but still runs very well with no difference in gameplay.

The biggest elephant in the room when it comes to the new iPad Air is the decision between it and the last-generation iPad Pro. The 2018 11-inch iPad Pro makes an excellent case for itself despite the fact it has been discontinued.

Apple replaced the 2018 iPad Pro in early 2020 with new models. However, the 2018 11-inch iPad Pro can still be found through authorized resellers and is a tempting alternative to the iPad Air 4. 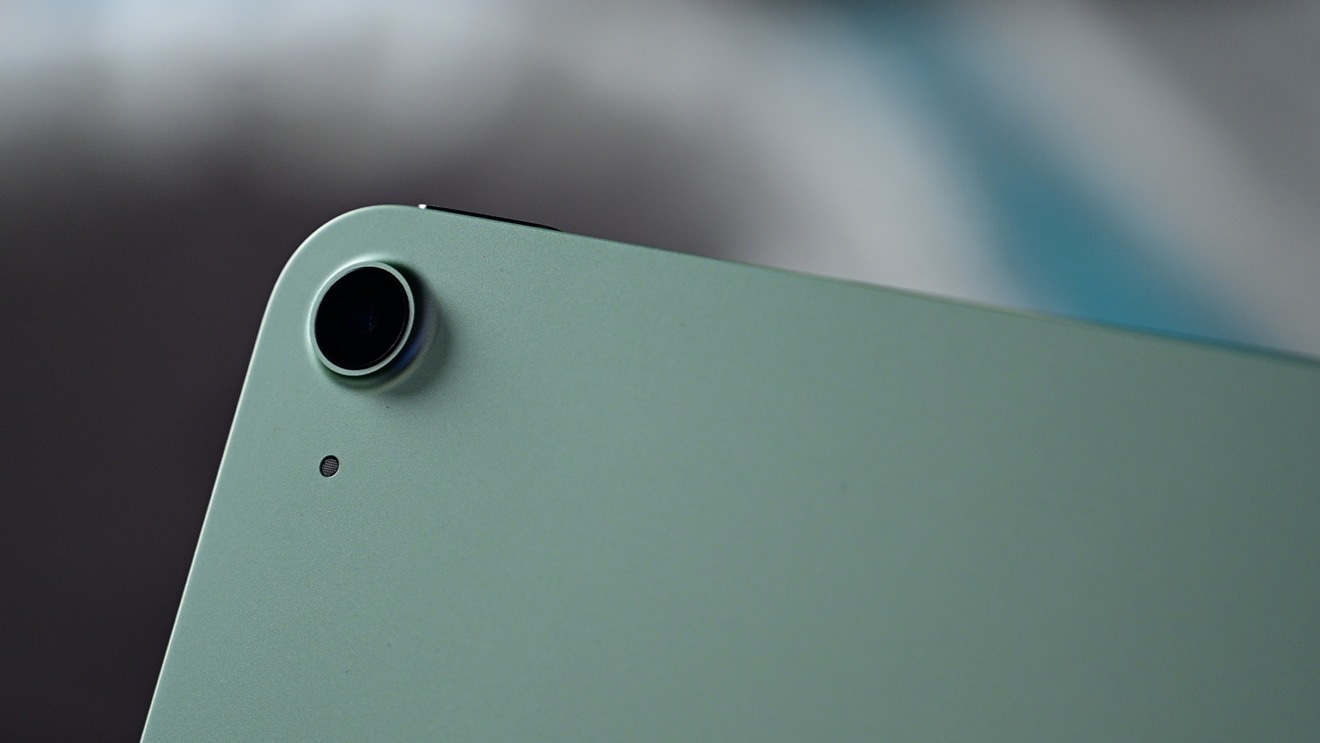 Since the A12Z and A12X Bionic processors are so similar, it makes it much more acceptable to buy a two-year-old tablet with an “old” processor. The only time you will notice a wall is on graphics-heavy tasks, which may not be an issue for some users.

By choosing the old iPad Pro, you lose out on the colors of the iPad Air as well as a bit of additional storage. Depending on your use-case, it may be more worth it to lose those features and a tiny bit of performance for those extra benefits.

Should you buy the new iPad Air 4?

It is inarguable that the new iPad Air 4 is a fantastic device. It simply is. It has the best performance ever on an iPad — which says something — and has borrowed most of the iPad Pro features that matter, such as the design, Apple Pencil support, improved display, USB-C, and Magic Keyboard support. 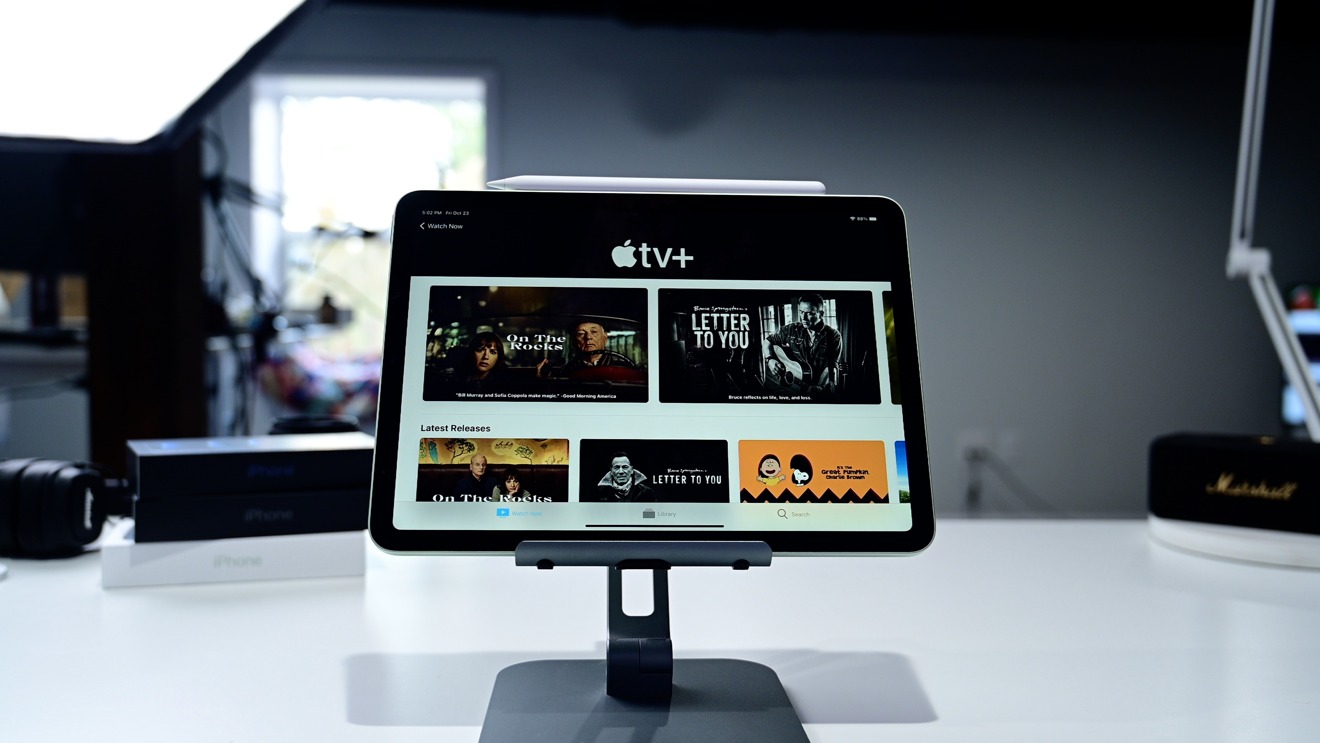 The few compromises there are no Face ID, no LiDAR, no 120Hz display. What you don’t get versus what you do is easy to assess, and the losses and don’t profoundly diminish the iPad Air’s incredible abilities.

That said, it does get complicated when trying to decide between the new iPad Air and the previous-generation iPad Pros — let alone the new iPad Pros that are awkwardly slower than the Air.

We can say with certainty that the iPad Air 4 is exceptional, and many users who want to strike a balance between price and performance will be happy with this one. There will undoubtedly be new iPad Pros sooner rather than later, which means some power users may want to wait to upgrade. If you want an iPad with Face ID and don’t mind a small hit to performance, you should seek out a 2018 iPad Pro.

Apple’s iPad Air starts at $599, but the lowest iPad Air prices are at your fingertips in the AppleInsider Price Guide, with leading retailers discounting the models even right at launch.

Black Friday deals: save up to 43% on Aukey GaN USB-C chargers to power your Apple devices

There has been much debate around Apple’s MagSafe wallet for iPhone 12, but this reviewer ...