Canon’s first attempt at a full-frame mirrorless camera was the EOS R. It was a solid effort that delivered good image quality and a premium experience, although the features that it offered didn’t quite match its price tag in India, especially considering competition such as the Sony A7 III and the Nikon Z6.

In order to appeal to a wider audience, the company has now launched its most affordable full-frame mirrorless camera — the EOS RP. This camera was announced in early February, and by the end of the month, it was already available in India. The EOS RP is a trimmed-down version of the EOS R, not only in terms of features but also its physical size. The body alone is priced at Rs. 1,10,495, which is not too bad for a full-frame camera in a compact body. It’s time to find out if it’s any good.

The body of the EOS RP instantly gives you a DSLR feel. However, unlike most full-frame DSLRs, this one is very light at just 485g. The body is well built and the plastics feel sturdy, but this camera doesn’t feel as premium as the EOS R. The dials on the top are bit more basic as well.

You don’t get a secondary display or the new ‘Mode’ button. Instead, the EOS RP features a traditional mode dial and two additional dials for changing settings. This isn’t necessarily a bad thing, since there’s not much of a learning curve with this camera. You also get a dedicated button for video recording, a switch to lock the controls, and a multi-function button for quick access to drive modes, white balance, etc, just like on the EOS R. 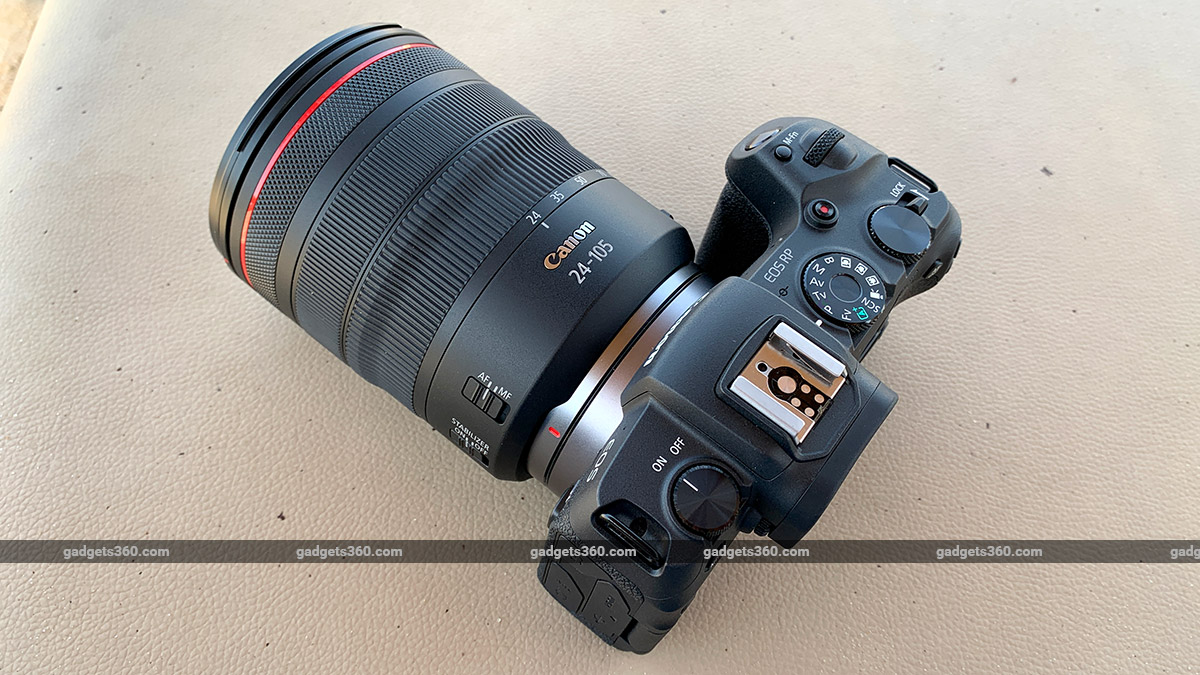 The Canon EOS RP has a familiar button layout

The camera has a decent selection of ports. You get individual microphone and headphone sockets, a Micro-HDMI port, USB Type-C, and a flash sync terminal. The rear button layout is very similar to that of the EOS R, but one thing that’s missing is the programmable multi-function bar, but we didn’t miss it too much. Even though we found it useful on the EOS R, the absence of it on the EOS RP didn’t really impede our workflow when shooting.

The OLED viewfinder is smaller than the one on the EOS R and its resolution is a slightly lower too, at 2.36 million dots. However, we found it quite capable in most lighting conditions. The EOS RP doesn’t get a very comfortable eye-piece though, which is something we missed. There is an IR sensor, using which the camera automatically switches between the viewfinder and LCD when you bring the camera to your face or move it away.

The EOS RP has a single card slot, which is placed alongside the battery compartment, on the bottom of the body. It supports fast UHS-II SD cards, which is good. The handgrip is fairly chunky, and we felt confident enough handling this camera when shooting. There’s also lots of rubber cladding spread across the rest of the body to aid in ergonomics. The 3-inch LCD at the back has a 1.04 million dot resolution. Touch response is good, and touch input works in the menus as well as in live view mode. 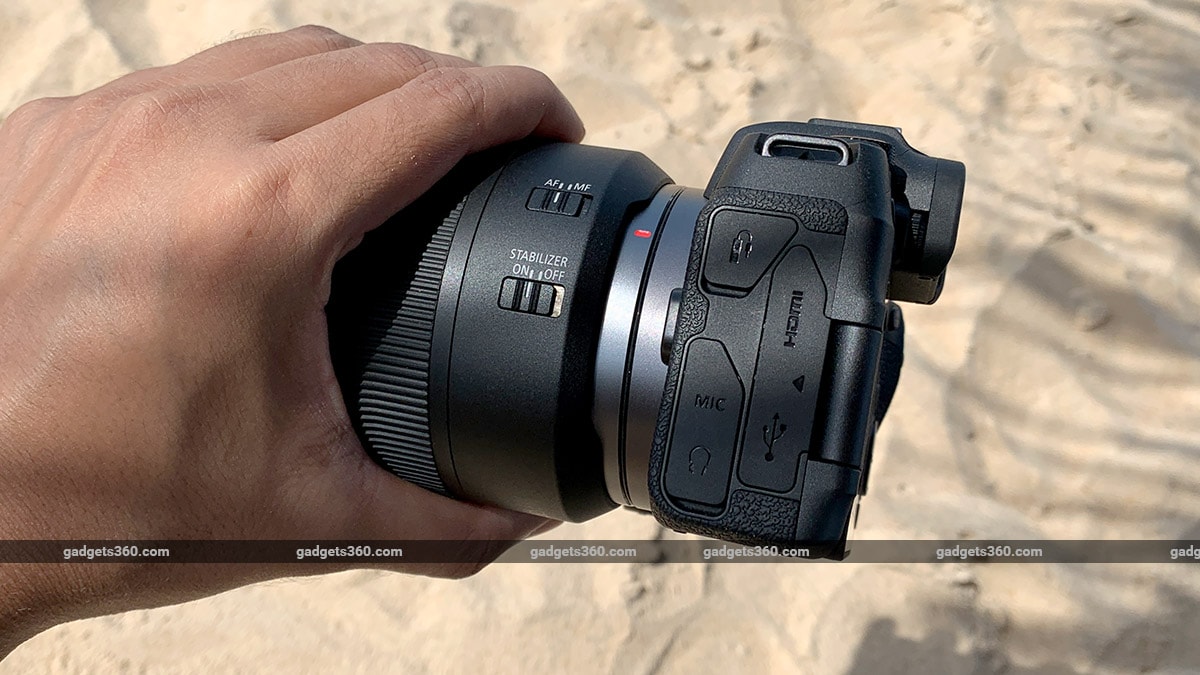 The camera has a good selection of ports

Sadly, the lightness of the body doesn’t count for much once you slap on an RF lens. Canon sent us the 24-105mm RF lens along with the camera, which pushes the total weight of the device to over 1kg. The combination is also very front-heavy, which makes shooting for long hours quite fatiguing. As good as the new RF lenses are, we could use a few lighter (and more affordable) zoom options in the RF family.

The Canon EOS RP features a 26.2-megapixel full-frame CMOS sensor and is powered by the same DIGIC 8 image processor that the EOS R uses. It has Dual Pixel autofocus (AF) with 4,779 selectable AF points, an ISO range of 100-40,000 (expandable all the way to 1,02,400), 5fps burst shooting with One-Shot AF or 4fps with Servo AF, and a maximum shutter speed of 1/4,000 seconds. Just like the EOS R, the EOS RP doesn’t have in-body stabilisation, so for stills, you’ll have to rely on the stabilisation in the lens. For video, there’s electronic stabilisation.

This camera can also shoot 4K video but there are a few small catches. Just like the EOS R, your frame is heavily cropped (about 1.6x). Also, on the EOS RP, Dual Pixel AF doesn’t work at this resolution. Instead, the camera falls back to contrast detection AF, which is horribly slow. Full-HD videos can be shot at up to 60fps and there’s HDR video support too, but at a lower frame rate.

The camera can also output 8-bit 4:2:2 video over HDMI, but it doesn’t support Canon’s C-Log recording format like the EOS R does. Another feature that’s missing is a dust-prevention curtain for the sensor. This was very useful on the EOS R, as it lets you confidently change lenses when out in the field without worrying about dust entering the camera. 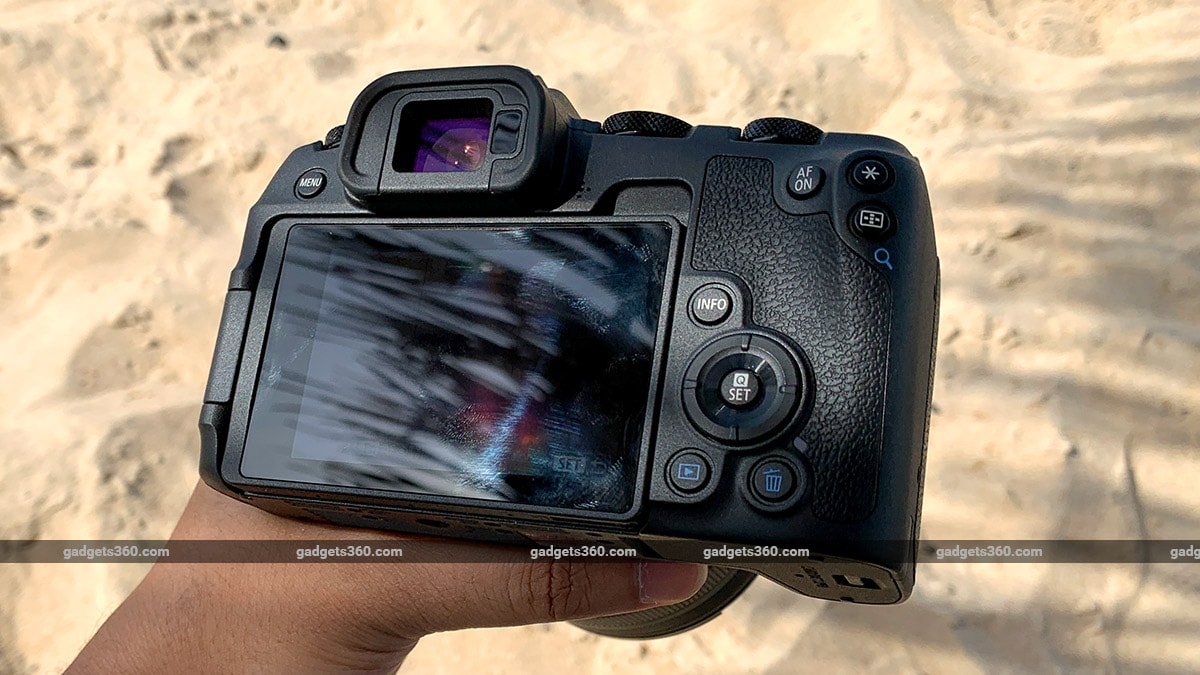 The EOS RP has a tilting, touchscreen LCD display at the back

Wireless connectivity is similar to what we saw on the EOS R. There’s built-in WI-Fi and Bluetooth for connecting the camera to a smartphone. This lets you transfer images wirelessly and use your phone as a viewfinder for remote shooting.

In our ISO test, the EOS RP got off to a good start. The image stayed sharp till about ISO 1,600 with barely any noticeable artefacts. The sharpness level dipped a bit once we got to ISO 6,400 and details also took a bit of a hit, which is evident from the shaved areas of the pencils. Pushing the ISO further saw a steady degradation in detail and image quality.

At ISO 25,600, there was visible noise in the shadow regions, and the edges of the pencils weren’t as well defined as they should have been. At ISO 40,000, the image was soft and details were poor. There was also lots of noise in the image.

The ISO performance is very similar to what we experienced with the Canon EOS R. In low-light shots, it’s best to restrict the ISO to 12,000 or below, if you’re planning on cropping your shots later. 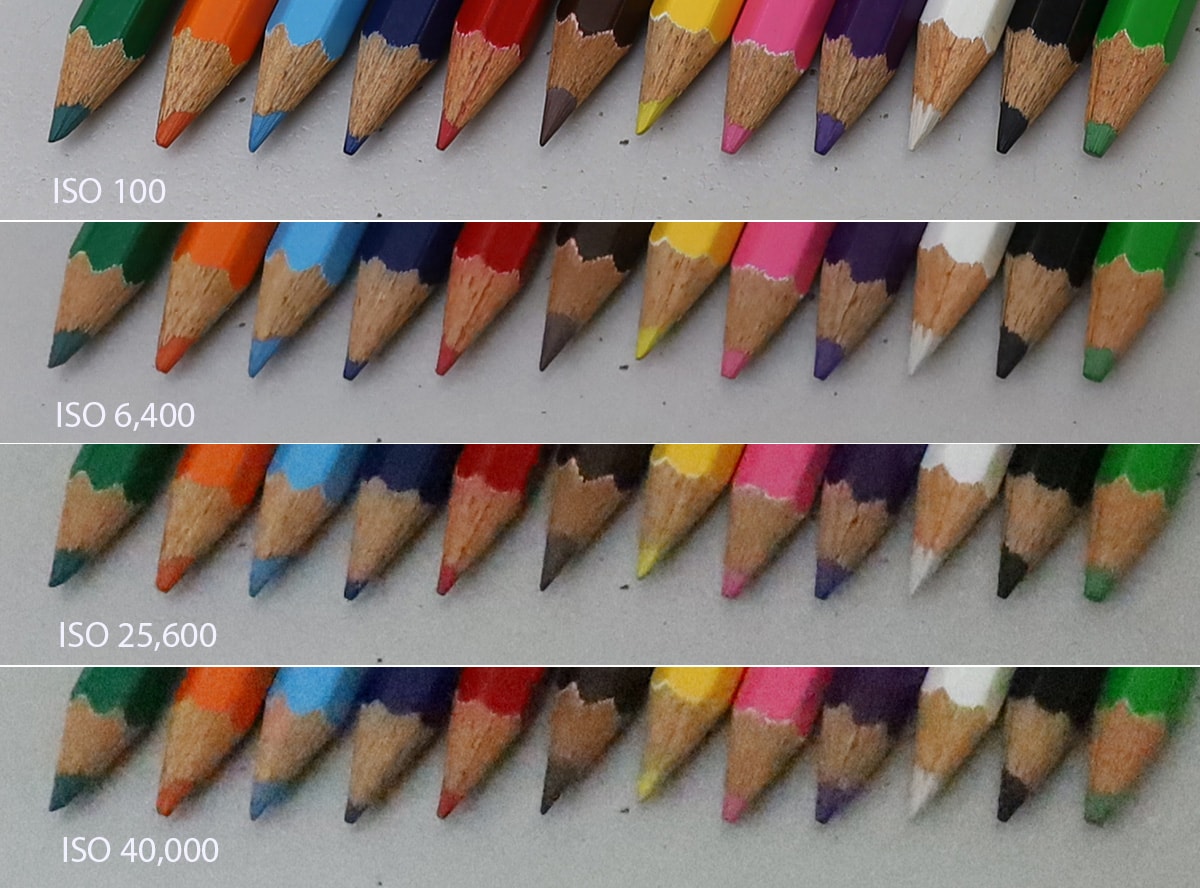 In daylight landscapes, the EOS RP captures excellent details and exposure is handled nicely. Even when shooting under bright sunlight, there’s a good balance of shadow detail and highlights aren’t overexposed. Smaller objects in the distance exhibit good detail, which is visible when you zoom in all the way. Colours also look lively and skin tones are handled well.

The Canon EOS RP can also shoot HDR stills, which captures multiple exposures and combines them for a dramatic effect. You can choose how much you want to vary the exposure level by between the different shots, and also add effects to get an artistic look.

Macros look very good too, with sharp edges around the object in focus, excellent colour reproduction, and good bokeh, even with the f/4 lens that we were using for this review. You get a good selection of focus options, including a face and object tracking mode. This works very well, and the camera does a good job staying locked on your subject.

There’s Eye AF too, which works decently well as long as you are relatively close to your subject. With the EOS RP, Eye AF now also works in Servo AF mode, which wasn’t the case with the EOS R. 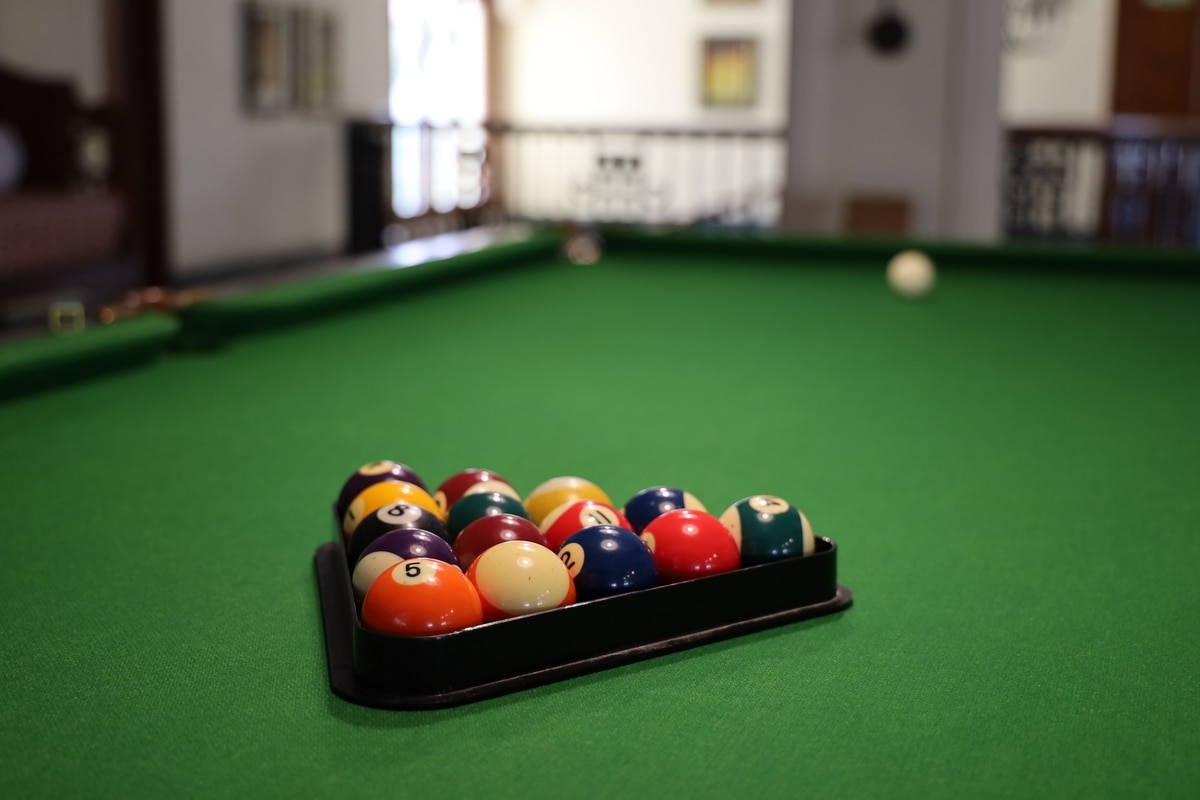 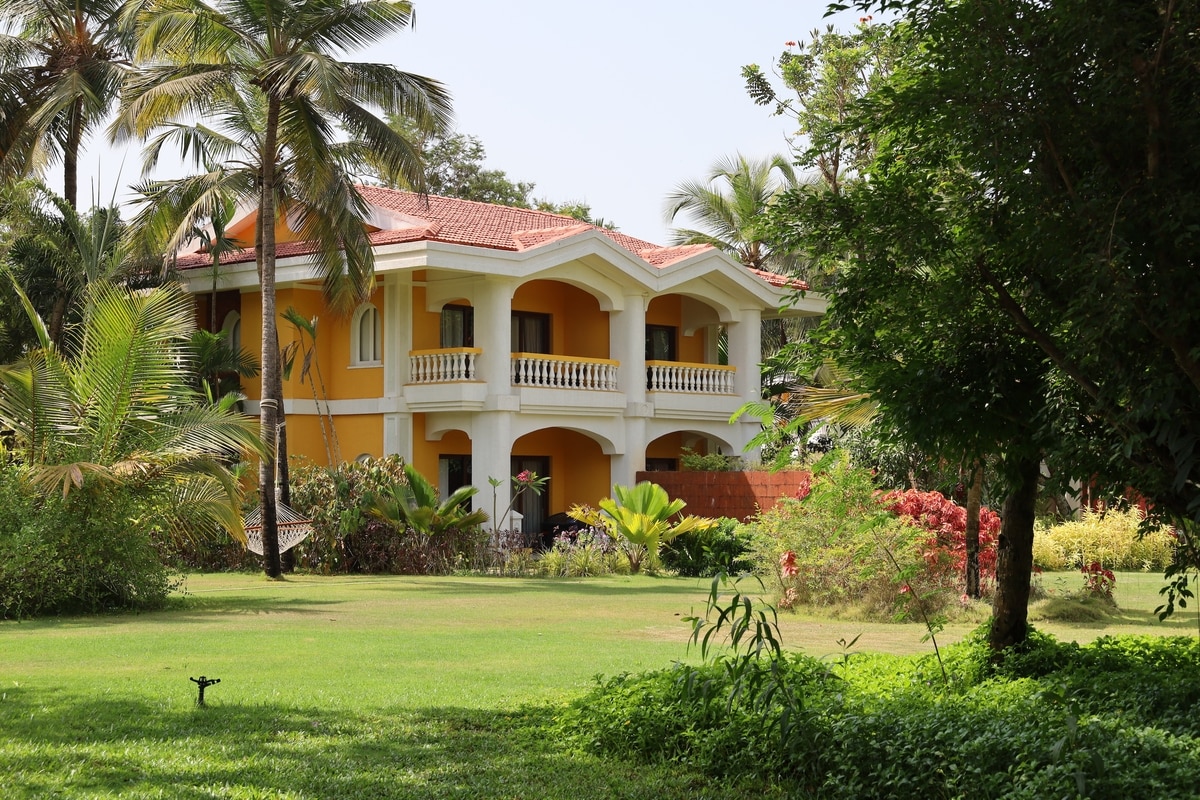 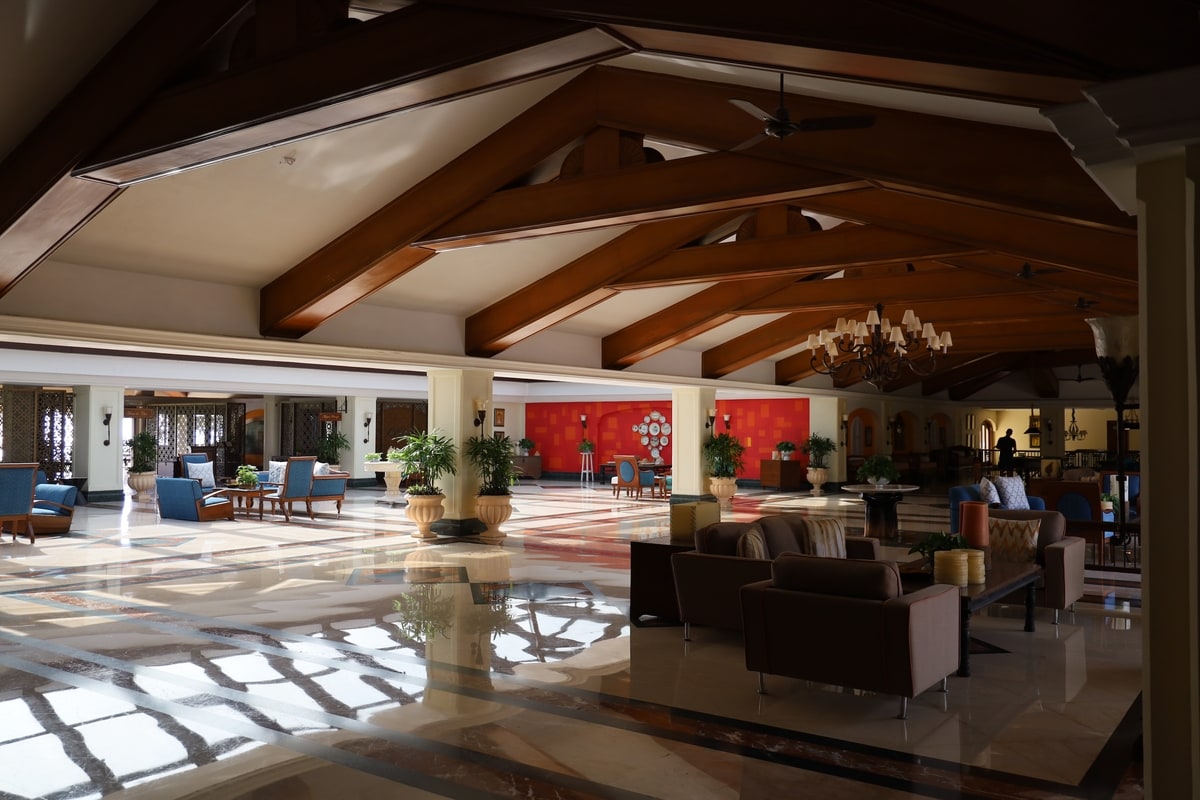 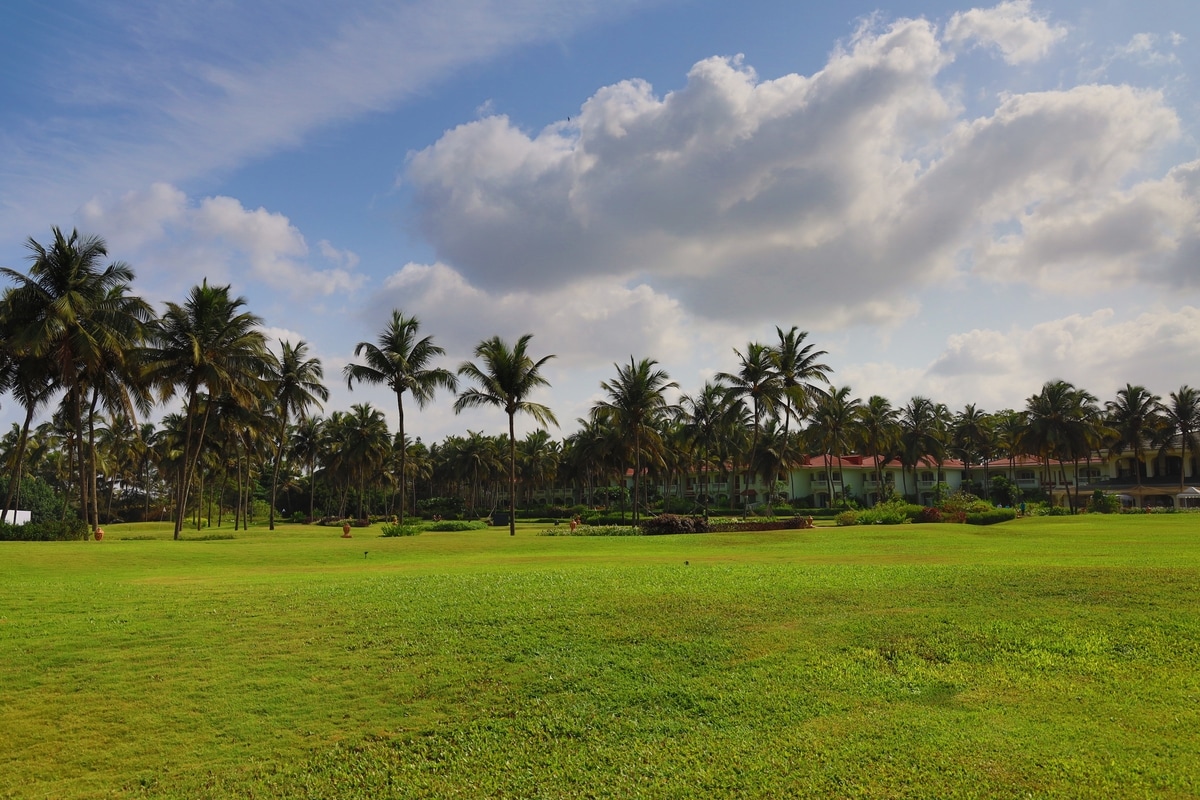 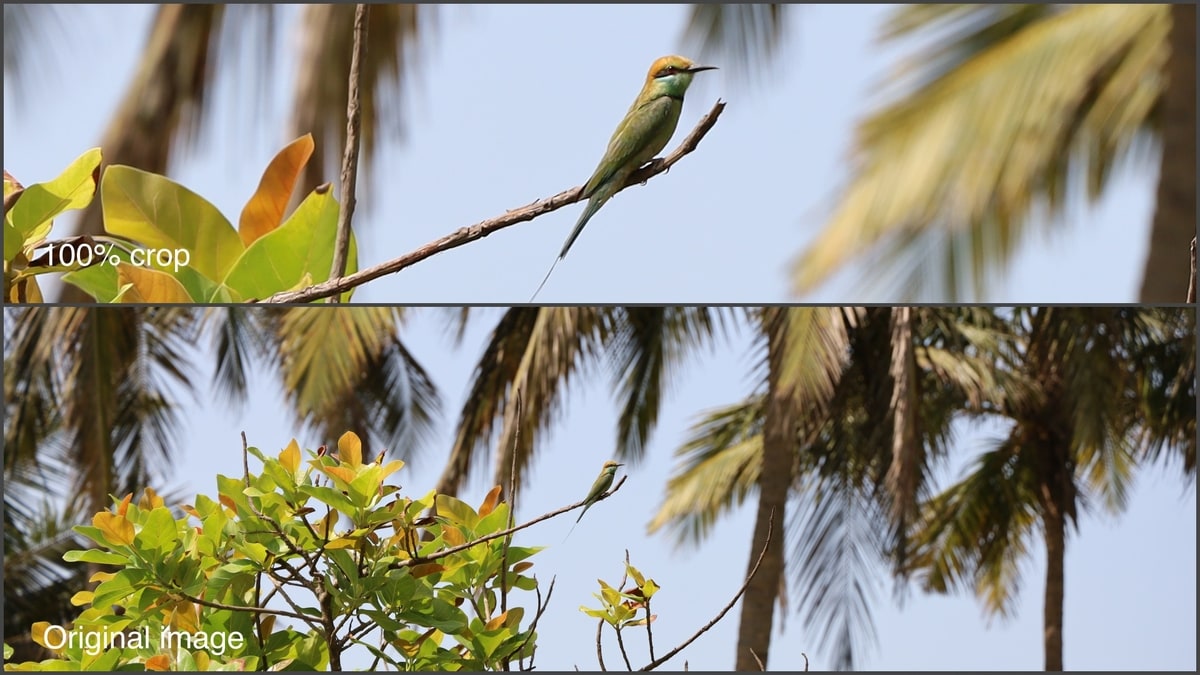 Burst shooting is not this camera’s strong suit, as 5fps is just about passable. That too, this is only with single-shot AF, which means the focus is locked only in the first frame. Switching to Servo AF drops the speed down to around 3-4fps, which isn’t very useful when shooting moving objects. The camera does have a very good frame buffer for burst shooting though, as it saved 161 frames with room for more, in our test.

However, it also took a while to capture this much, since the burst rate isn’t that high. After a while, it does get tiring holding the shutter button down. If you time your shots well enough, you might be able to grab some good shots using burst mode. Thanks to the decently high resolution of the sensor, you can afford to make some very heavy crops and still get a usable image.

In low light, the EOS RP captures decent detail, provided you don’t push the ISO too high. The Dual Pixel autofocus continues to be quick but we did notice a bit of hunting when shooting in extremely dark conditions. Low-light landscapes can be a little grainy. At ISO 40,000, photos could still be usable but we wouldn’t recommend cropping them as details are very soft. 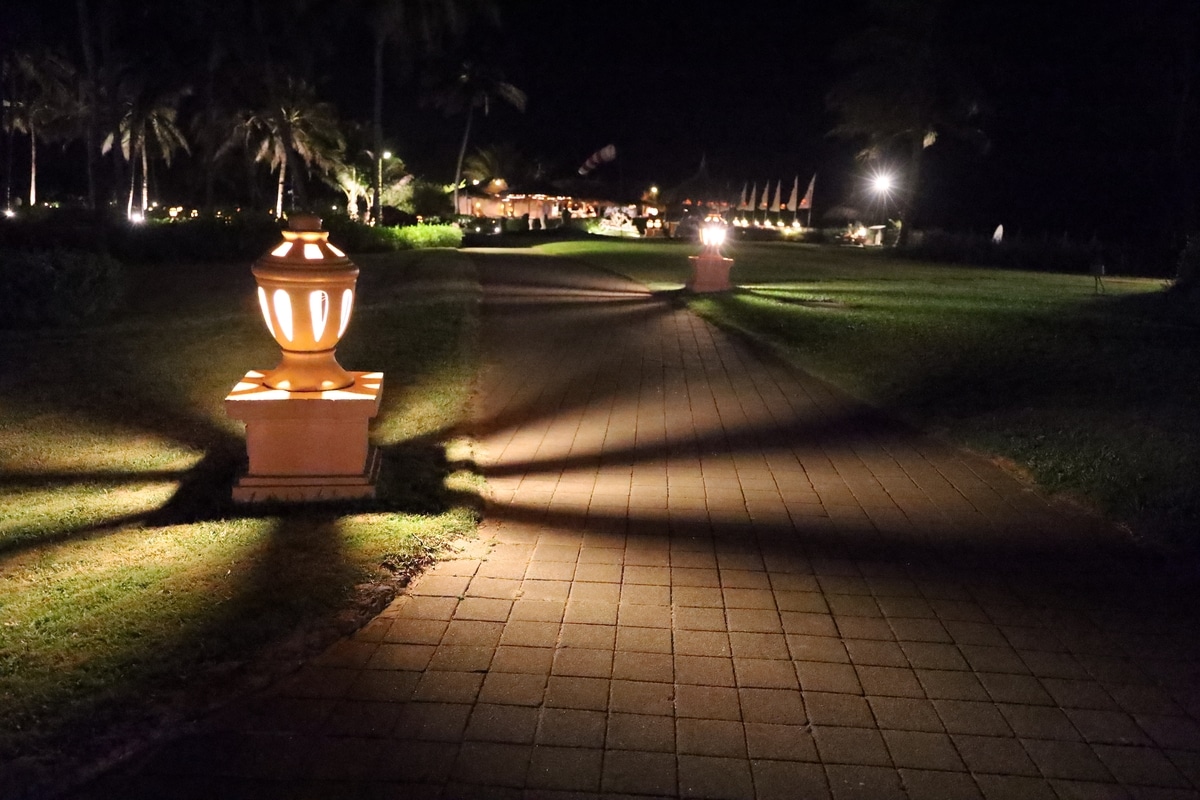 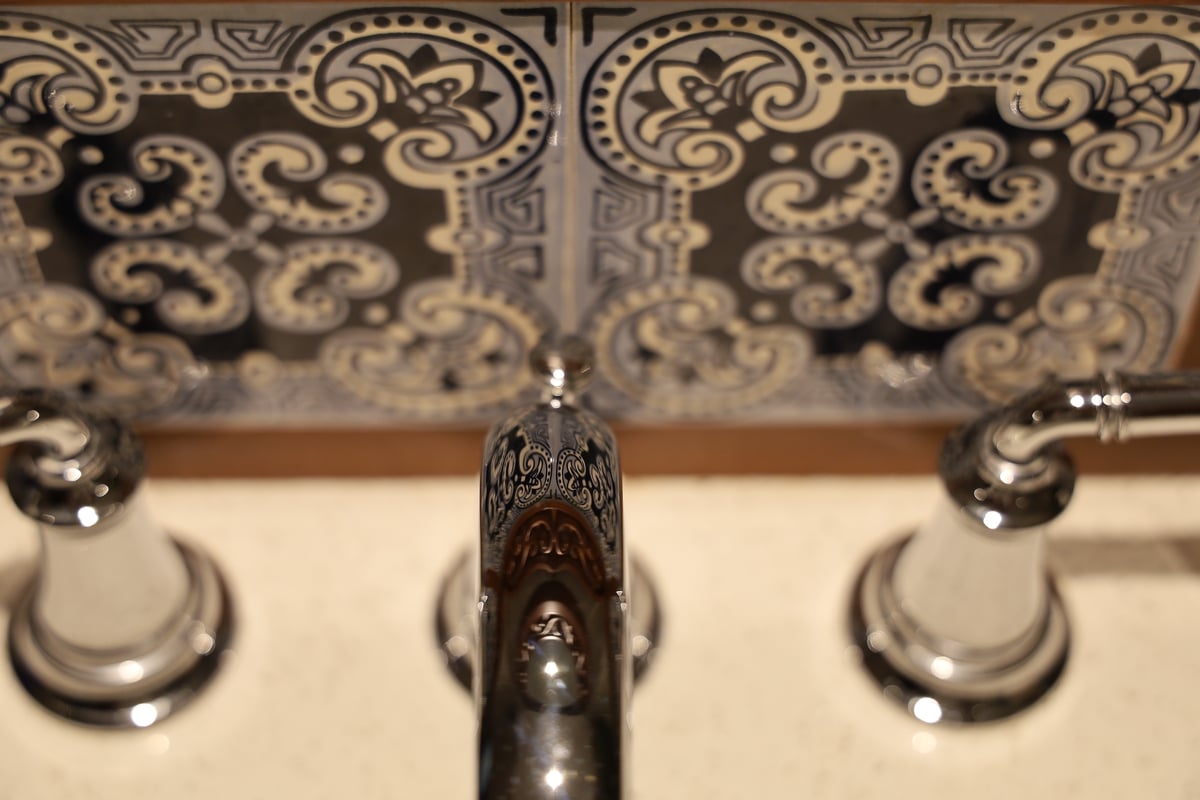 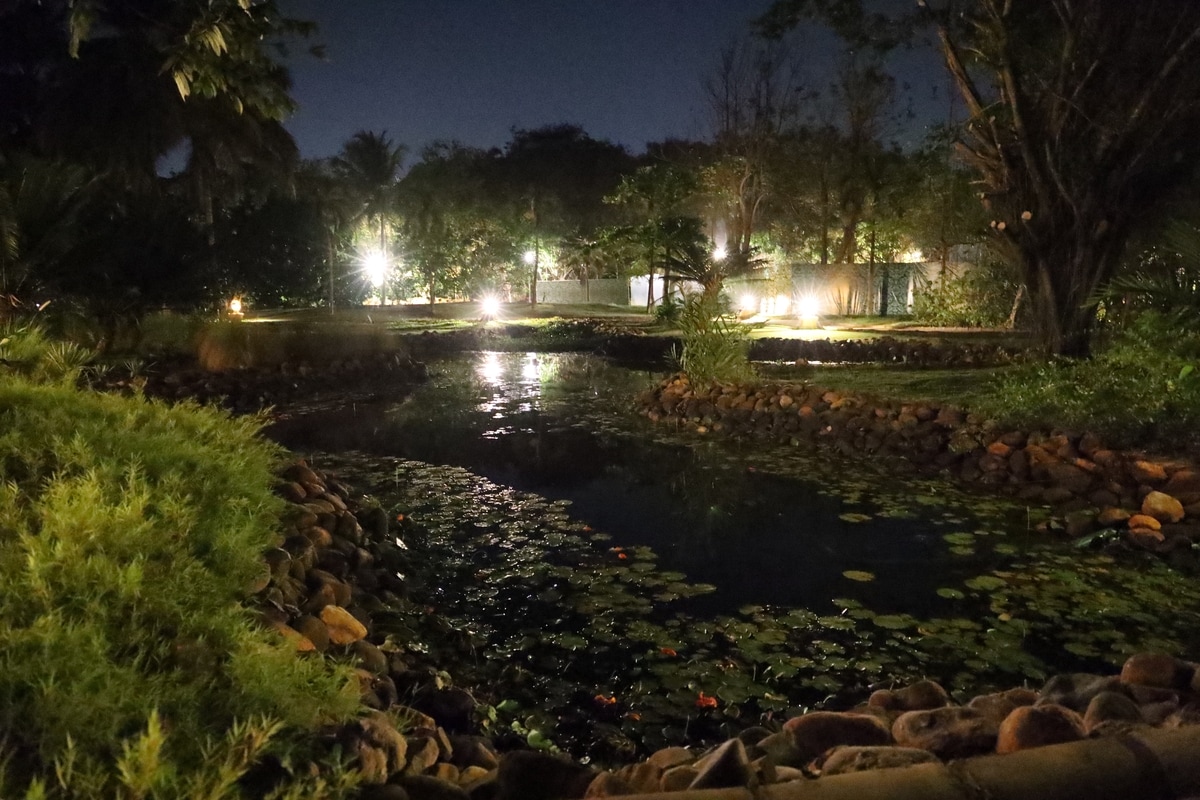 Video performance is good at 1080p. The Dual Pixel AF offers smooth transitions between subjects, clips are crisp and detailed, and colours are well represented with good dynamic range. You can adjust the level of tracking and autofocus sensitivity depending on whether you want a quick or a slow focus-shift effect. The touchscreen works well for framing your shots, and you can even use it as a touchpad when using the EVF.

The EOS RP can also shoot 4K video but with some big compromises. For starters, it can only do 25fps, so footage looks a bit choppy if you’re moving about. There’s no stabilisation, and your frame is cropped quite heavily. The worst part though is that you can only use contrast detection autofocus, which is painfully slow, even under ample light. In low light, videos have visible noise and images lack good sharpness. The ISO is also limited to 25,600 when shooting at 1080p and 12,800 when shooting at 4K.

Canon has published a pretty conservative battery life rating of just 250 shots per charge when using the LCD. However, we easily managed to shoot around 480 stills and a dozen short video clips on one charge, which we weren’t expecting. The camera ships with an external battery charger, but you can also use a Type-C power source to charge the battery inside the camera itself. Canon recommends using its PD-E1 USB power adapter for in-body charging.

Verdict
The Canon EOS RP is the company’s most affordable full-frame mirrorless camera, and that makes this sort of sensor a lot more accessible to a wider set of users. It has its strengths, such as the light body, easy-to-master controls, a functional touchscreen, and very good image quality under good light. Canon’s Dual Pixel autofocus works brilliantly for stills and 1080p video, and with an optional adapter, you can use your existing Canon lenses with the new RF mount.

However, we feel that the price of this camera in India is still a bit too high. For roughly the price of just the body, you could find plenty of good APS-C cameras (with lenses) such as the Sony A6500 and Fujifilm X-T3. If you factor in the 24-105mm lens, the price shoots up to nearly Rs. 2,00,000. That’s a lot of money, especially considering you could get the Sony A7 III with a 28-70mm lens for just Rs. 1,52,999 online. For the sake of differentiating this camera from the EOS R, Canon has held back quite a few features from the EOS RP, the biggest one being Dual Pixel autofocus when shooting 4K videos.

The EOS RP is a fun camera to use and we love its simplicity. If you have existing Canon lenses, then all you need is an EF mount adapter and you can use them with this camera, saving you the cost of new RF lenses. However, it’s really hard to ignore the other options — both APS-C and full-frame — that are available at around this price, most of which offer better features compared to the EOS RP.