The change is visible once you log in with your credentials on the Dish TV or D2h website. Multiple users reported the update on DreamDTH forums. The company has confirmed the change for both Dish TV and D2h to Gadgets 360.

In July, Dish TV reintroduced lock-in periods for a-la-carte channels and add-on packs months after its initial removal last year. The lock-in period was limited to 30 days for individual channels, while it was ranging from 30 to 360 days in case of add-on packs. 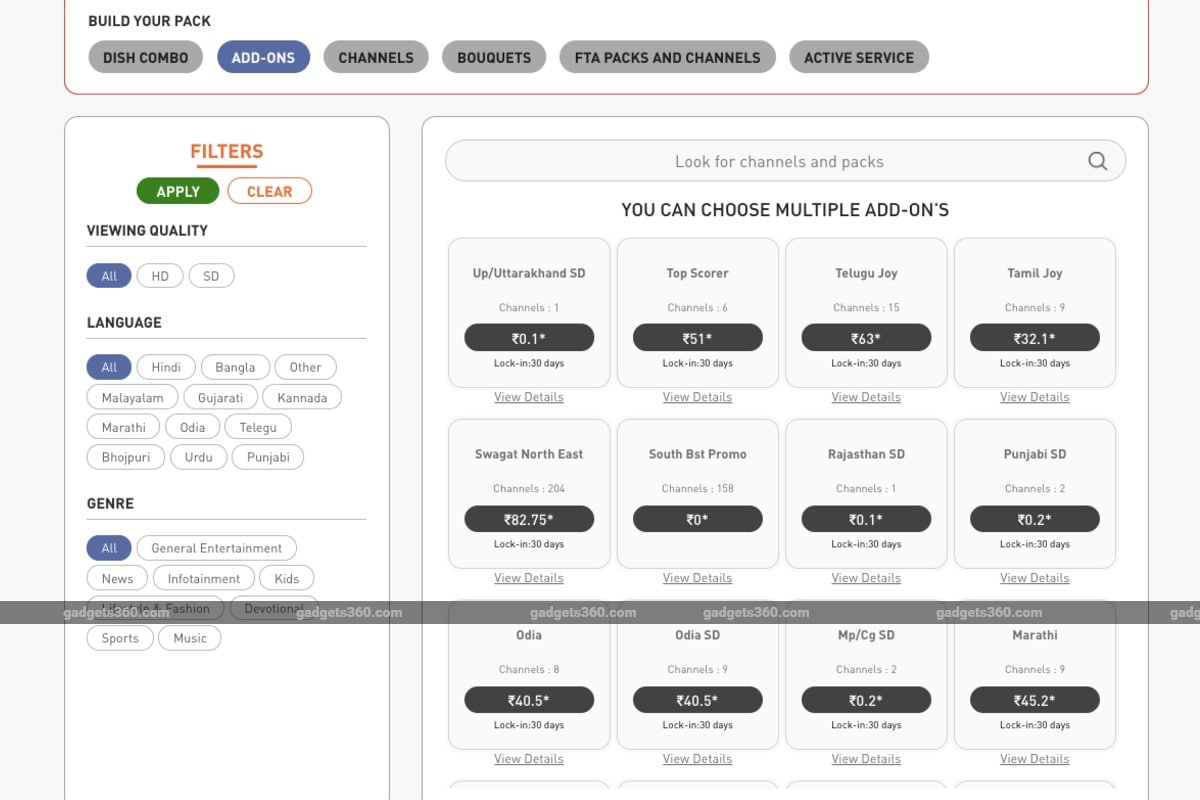 The new change is still not in place for add-ons as Gadgets 360 was able to see lock-in periods for different add-on packs available on the Dish TV site.

Is Realme TV the best TV under Rs. 15,000 in India? We discussed this on Orbital, our weekly technology podcast, which you can subscribe to via Apple Podcasts or RSS, download the episode, or just hit the play button below.

How to Check Your Airtel Balance, Plan, and Validity Of Prepaid Account

How to Check Your Vi Balance, Plan, and Validity for Prepaid Account