Breaking News
Home / iPhone / Everything new with Messages in iOS 14

Everything new with Messages in iOS 14

Apple’s iOS 14 has brought a lot of improvements to the Messages app, including Memoji, better group chats, and much more. We took the new features for a spin to see the next evolution of Apple’s messaging platform.

With Messages in iOS 14 and macOS Big Sur, Apple looks to make things more organized and more expressive. We see this with group conversations — more on that in a moment — but there are many other changes too. 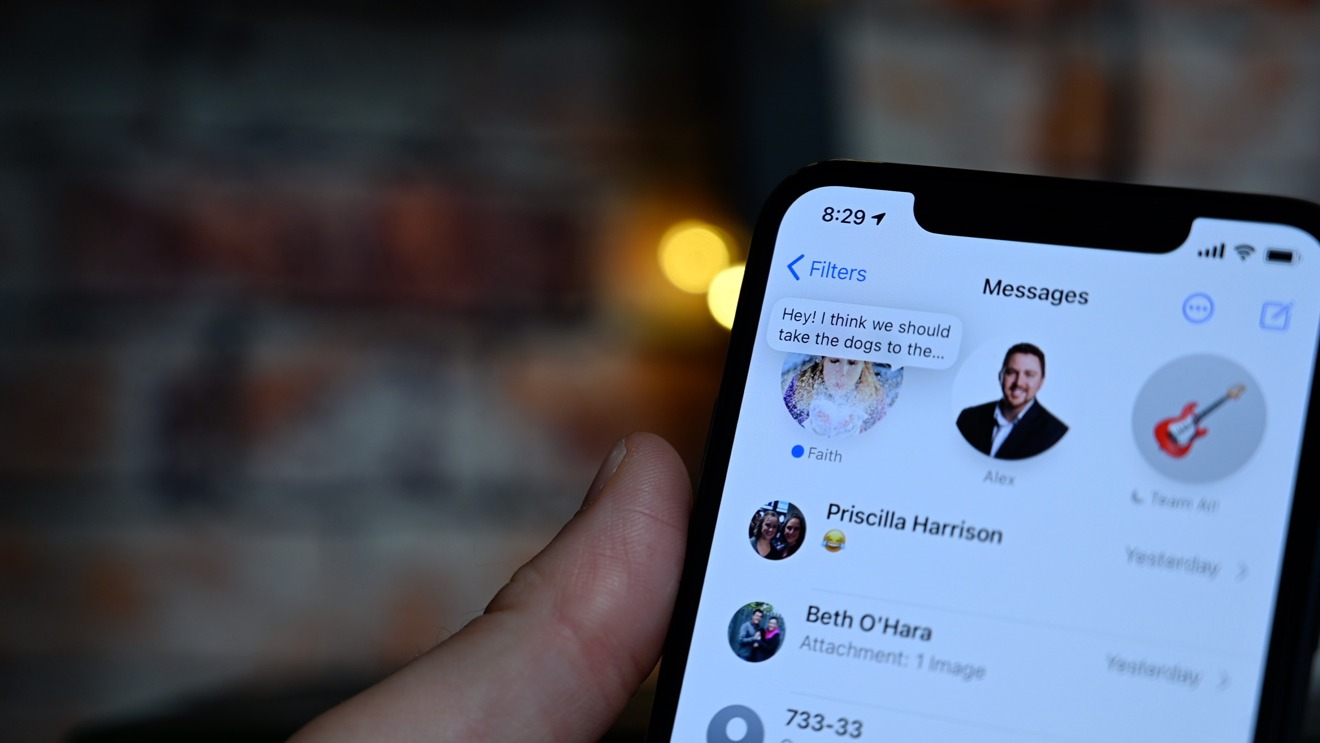 Right when you open the app message threads can now be pinned. Swipe from left to right and tap the pin to pin up to nine conversations at the top of the Messages app.

When messages are pinned, they are kept readily at hand, right up top. They also have cute animations when someone sends you a message, whether from a group or just one person. It will even show a preview of the message around their image before you tap into it. 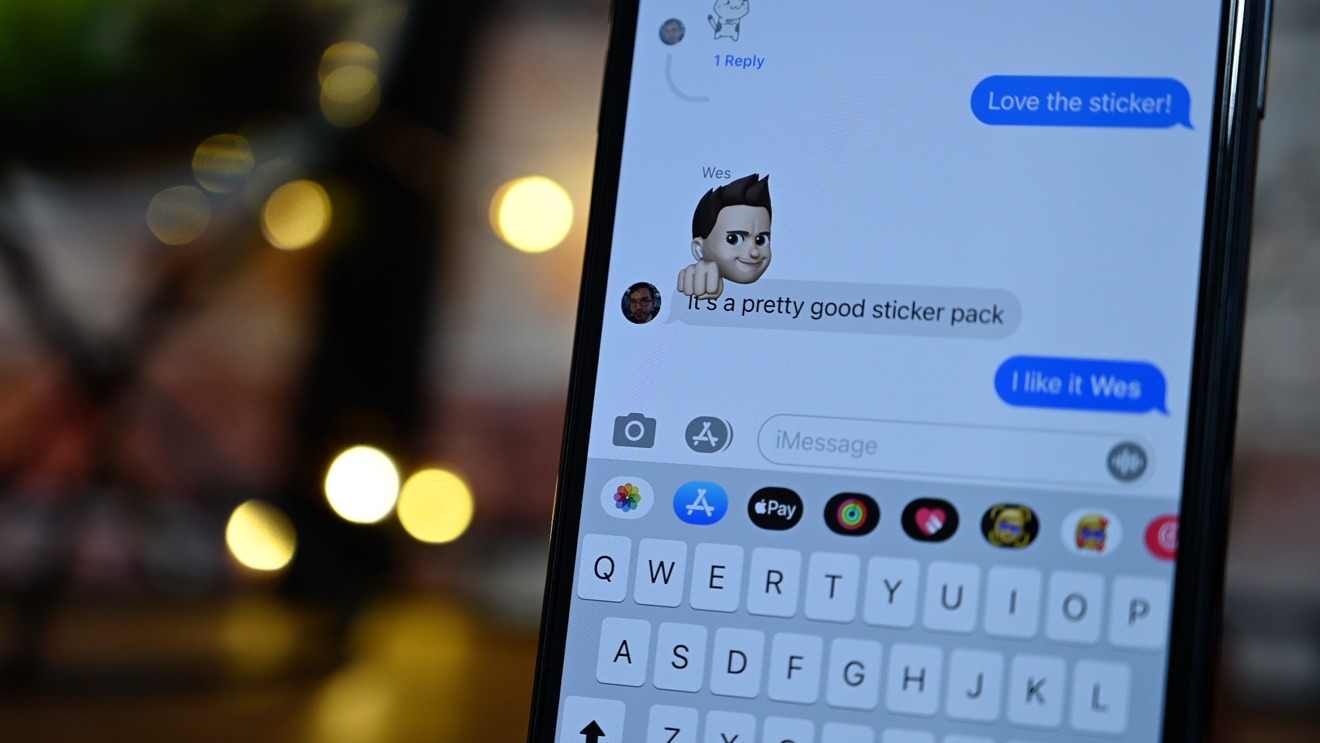 We get three new Memoji stickers with in iOS 14 as well. Those additions include hugs, a fist bump, and blushing, joining the massive list of others Apple has continued to add over the years. 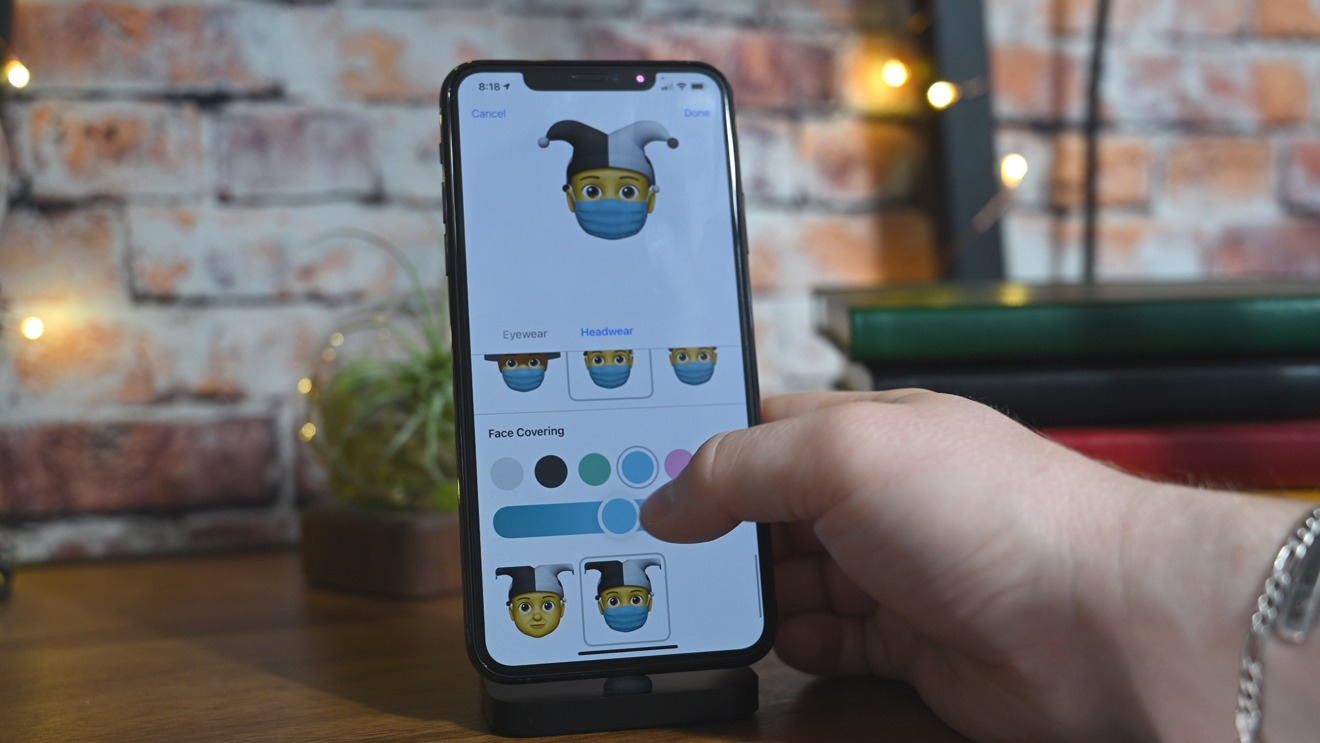 As for Memoji themselves, we have new style options. There are more than 16 new headwear pieces including graduation mortarboard, swim cap, nurse cap, and biking helmet. There are also options for face-covering masks in various colors, nine age options, and new hairstyles like man bun, top knot, and simple side part. 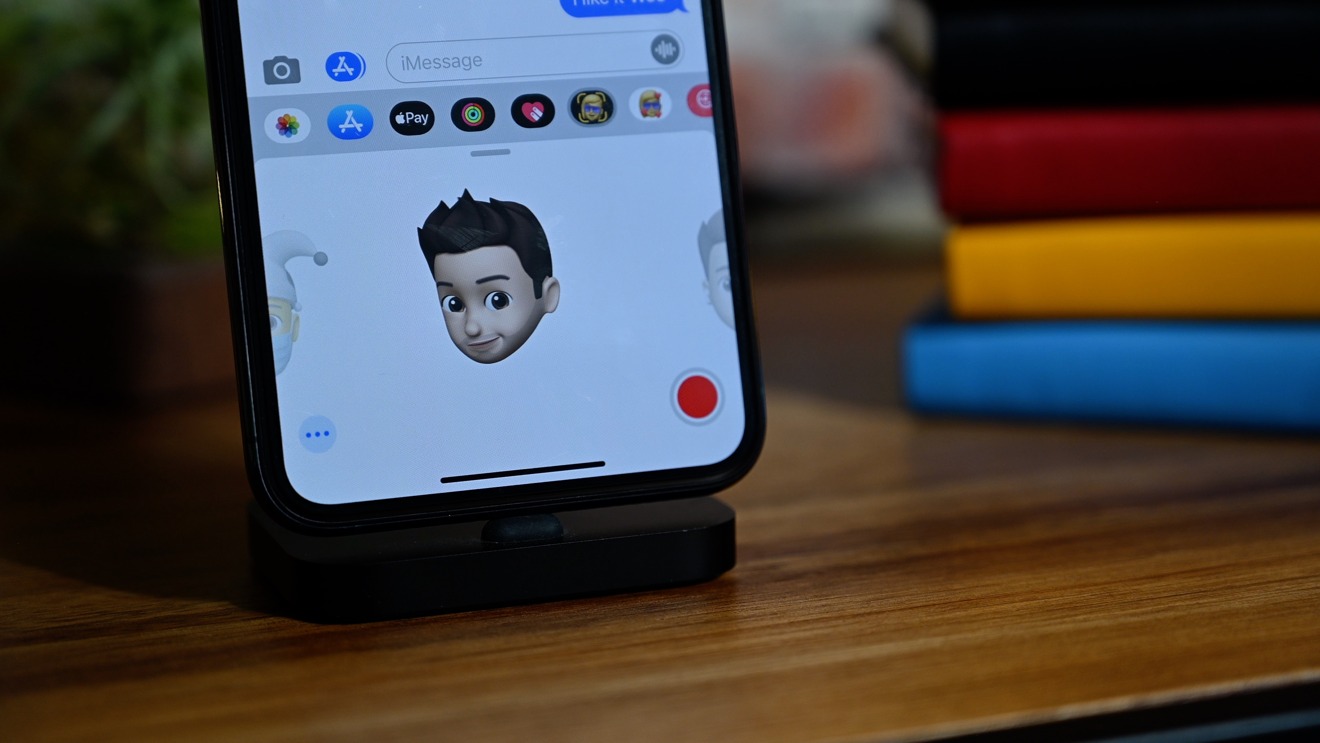 Group conversations are popular with any messaging app, including iMessage. But they can easily get confusing and flood your phone with surplus notifications. With iOS 14, grouped chats now feature mentions and threaded replies to help bring peace to your groups. 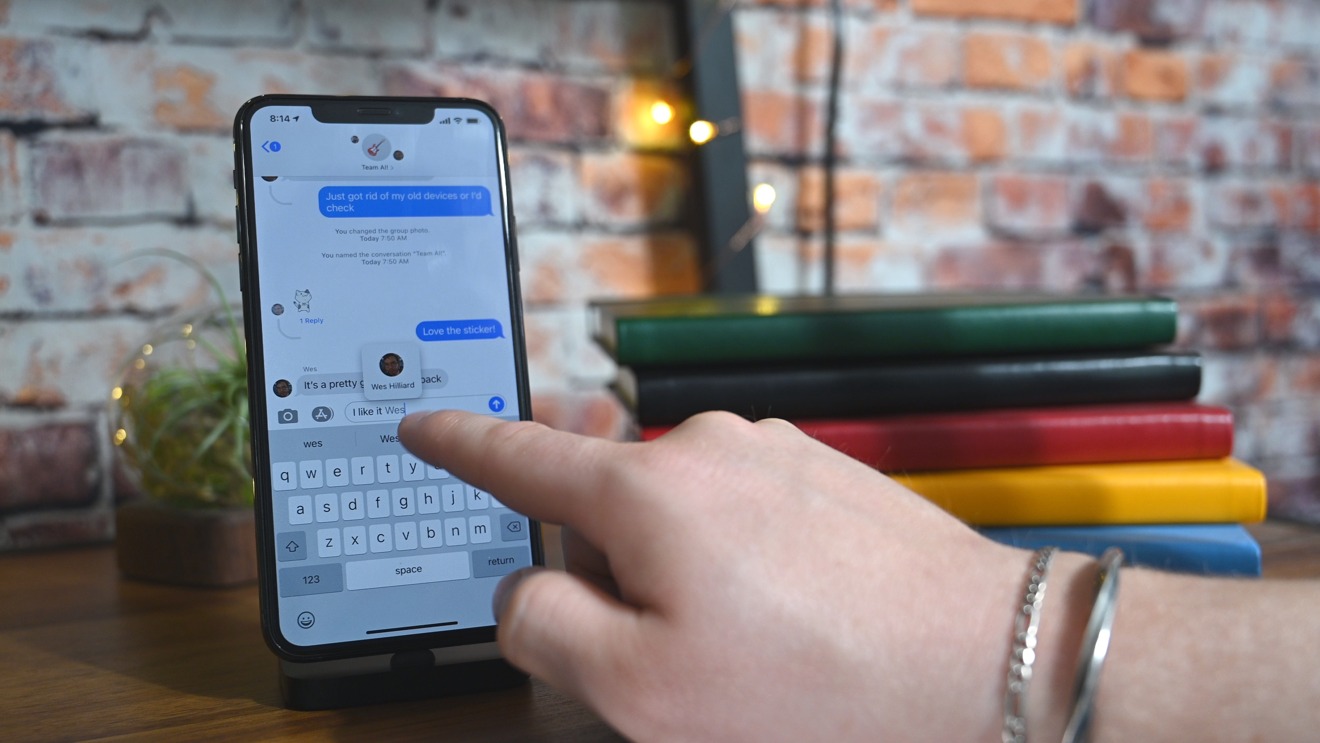 Mentions in Messages in iOS 14

To mention someone, just type their name and it will highlight. Tap the highlighted name and a bubble will appear above with the contact you are trying to mention. Tap that and you are good to go. When a conversation is muted, you will still receive alerts when someone mentions you by name.

Threaded replies are easy as well. You can go back to any message, tap and hold, and hit reply. Your recent reply will show at the bottom of the chat as most recent, but it will also show the originating message in a smaller font to the left with a line connecting them. You can view this all from the main chat, or tap on the original message to view just the threaded replies. 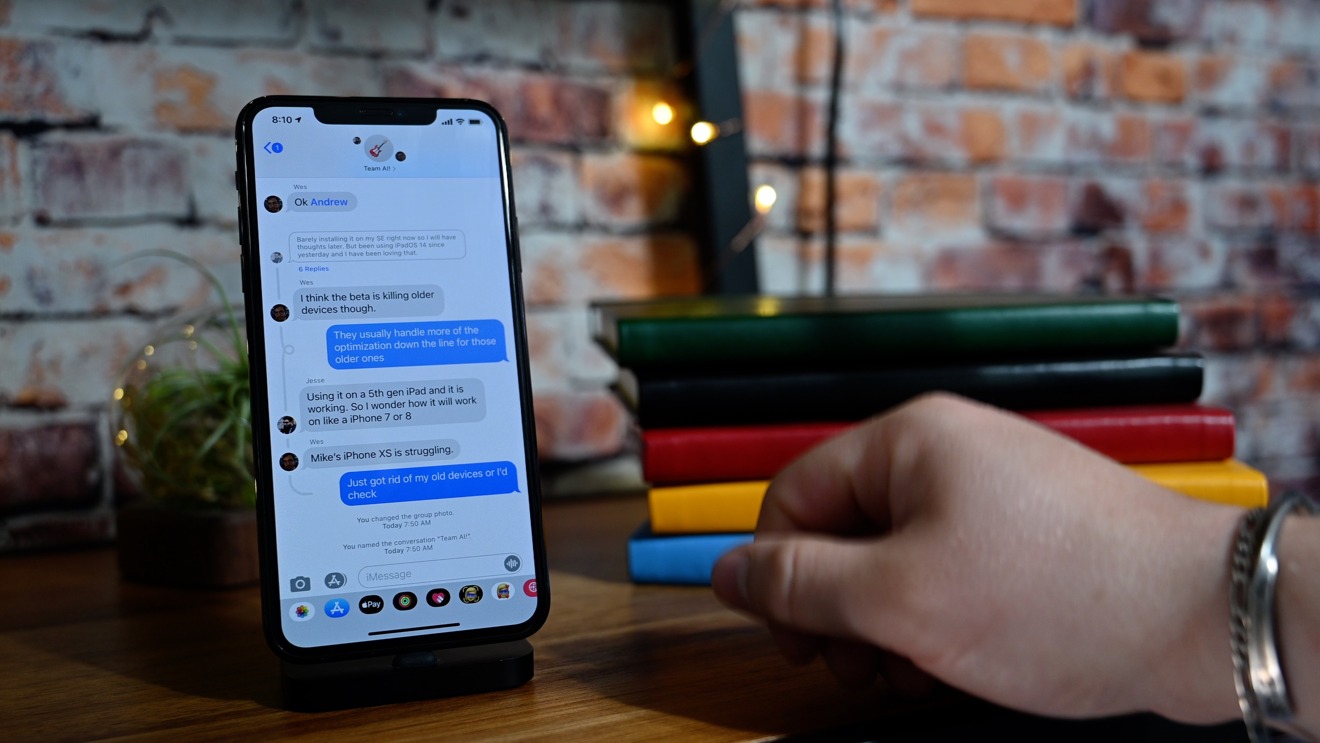 Groups can also now have images set for them as well as the custom name. Choose from a picture, an emoji, or any of your Memoji stickers.

And those pinned messages we talked about before, they also work better for groups. The image will still be at the center with everyone’s bubble around it. Those who are most active in the convo, their images will be larger and even highlighted when they send a message.

Upgrades across the ecosystem

While we focused here on iOS, Apple didn’t stop with that. Messages have been upgraded across Apple’s ecosystem. 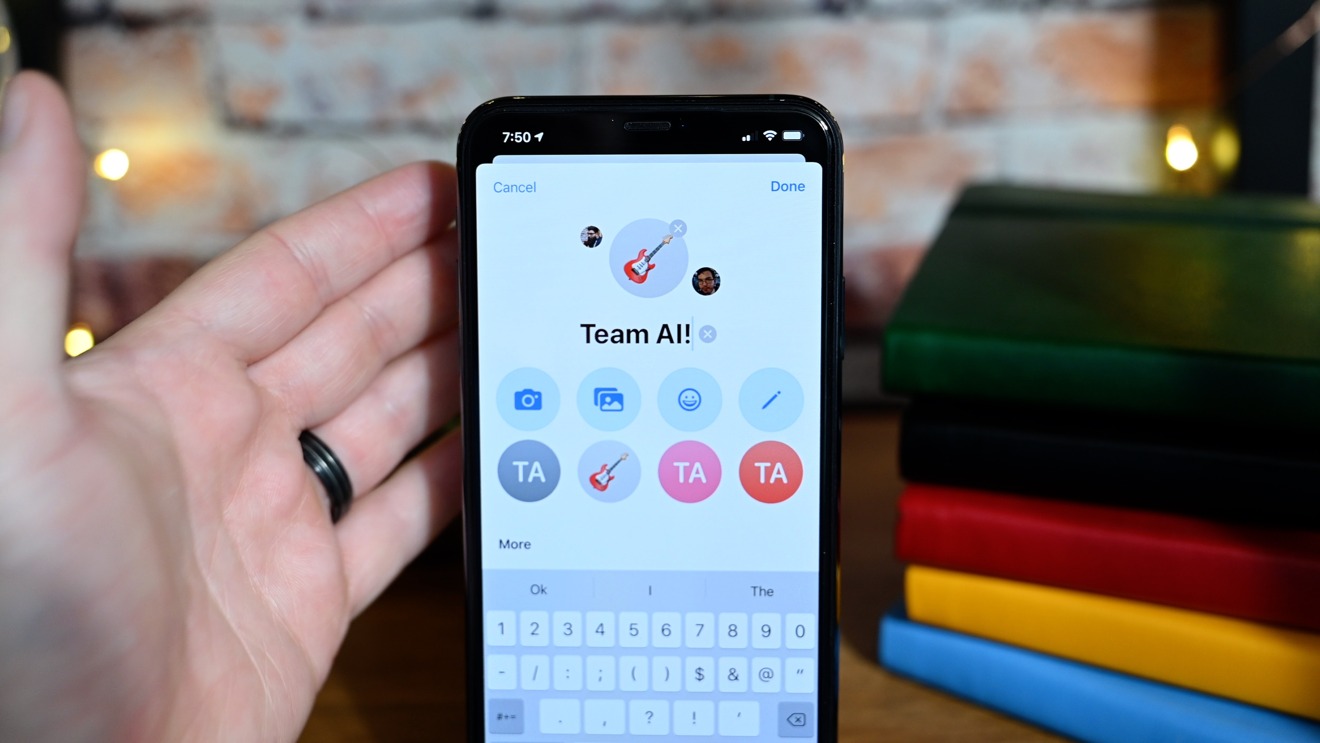 Assign images to groups in iOS 14

The Mac specifically was overhauled, getting a new Catalyst-based app that brings message effects, Memoji, and all the other features we explored here such as the threaded replies, improved group conversations, and pinned threads.

No matter where you are using iMessage, Apple is devoted to making it the best place to converse with friends. At least if they too have an iPhone.

Previous Apple Silicon Mac, iOS 14, macOS Big Sur, and why you shouldn’t install betas on the AppleInsider podcast
Next Hands on look at everything new in macOS Big Sur

Demand for ‘iPhone 13’ could be boosted by iPhone 12 ‘supercycle’

Apple is working on making Siri and its other voice recognition technologies more accessible to ...