Google Play Music has shut down for several users. The music streaming service’s site, and in some cases Android app too, says that “Google Play Music is no longer available”, and recommends that users transfer their music to YouTube Music, or download/ delete their data. While the app on phones is still working for some users (including us), reports say that this too has started shutting down for some users. YouTube Music, meanwhile, is getting a few upgrades on Android Auto, including increasing functionality for free users.

Google Play Music on Web is no longer available, and the site explicitly says so. It adds that users can transfer their account and library, including playlists and uploads, within a certain period of time. It has easy transfer process, with a ‘Transfer to YouTube Music’ button right in the centre of the page. On clicking this, you will automatically be led to a page where you music transfer process can begin, if your account is linked. 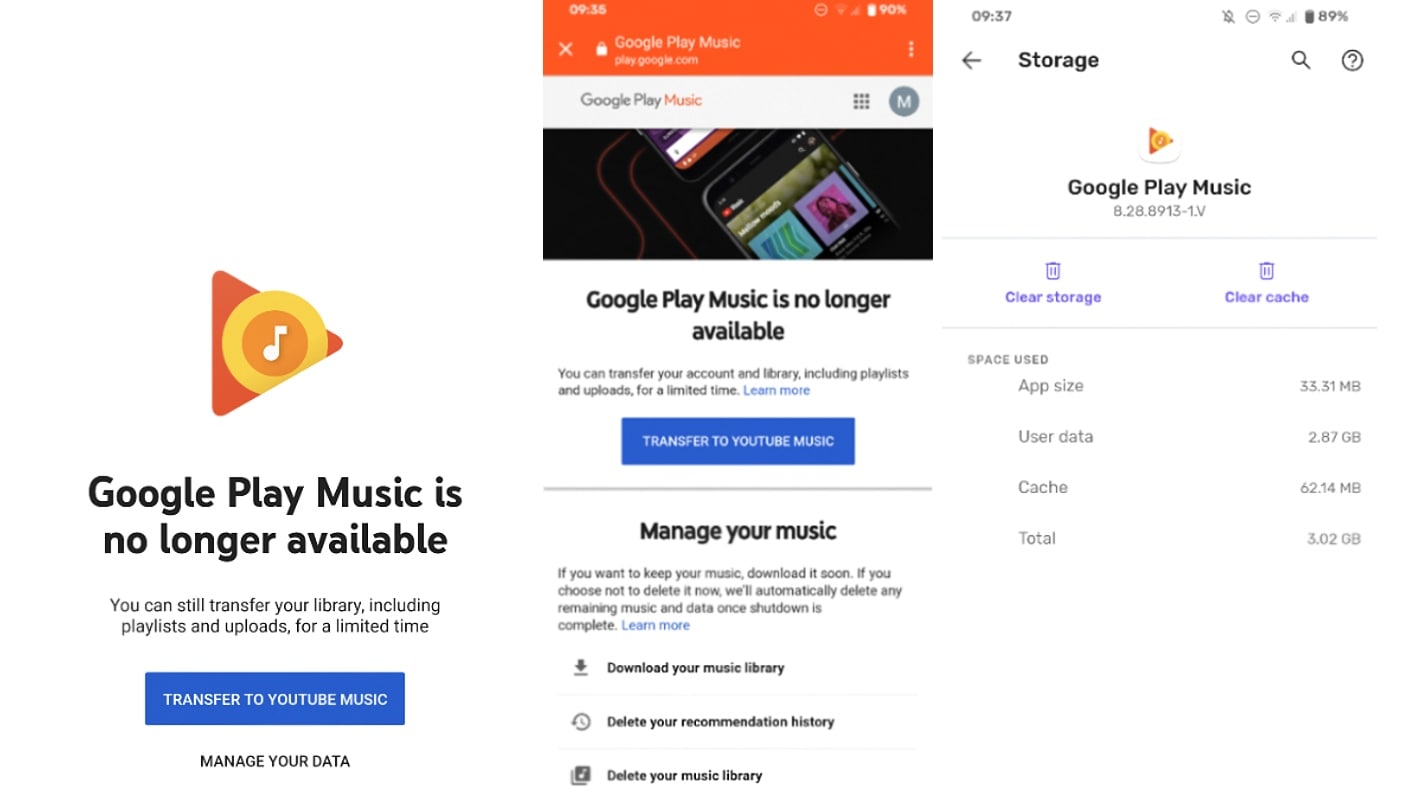 While the app still seems to be functioning on some phones including our own, some reports and users on Reddit have said that the application leads to the same page as the web version of Google Play Music. As reported earlier, the Music Store on Google Play Music has officially also shut down as well. It seems to be only a matter of days that Play Music will close down for all users, worldwide. Google had announced that it would be closing Google Play Music in order to focus on one music streaming app only – YouTube Music.

The YouTube Music app on Android Auto, on the other hand, is introducing new features. Free tier users can now browse their library of uploading songs, and use Google Assistant commands for the music, as per a report by Android Police. Earlier, this feature was limited to YouTube Music Premium users only.

YouTube Music’s playback screen will now have the addition of queuing songs as well, as pointed out by some users. Music streaming apps like Spotify already have this feature, and YouTube including it too may lead to more Google Play Music users transferring to YouTube Music. The app has been introducing a bunch of new features in the recent past.

Is OnePlus 8T the best ‘value flagship’ of 2020? We discussed this on Orbital, our weekly technology podcast, which you can subscribe to via Apple Podcasts, Google Podcasts, or RSS, download the episode, or just hit the play button below.

Instagram Seen Blocking #Sikh Hashtag Yet Again for Some Users