Here’s what to expect from Samsung’s Galaxy S21, S21+, and Ultra launches

Samsung is anticipated to reveal its Galaxy S21, S21+, and S21 Ultra smartphones in January, but how will the new generation compare to the current crop of iPhones? We look at the rumors for Apple’s biggest rival.

While fall is synonymous with Apple events revealing new iPhone models, the spring is associated with the same sort of product launches from Samsung, as it reveals the newest Galaxy S-models. Just like the iPhone, Samsung’s latest models are often the subject of rumors and speculation for how the South Korean electronics giant will compete against the recently-launched Apple smartphones.

With the launch of the 5G-equipped iPhone 12 range, including the compact iPhone 12 mini and the two iPhone 12 Pro models with LiDAR, Samsung has a lot to contend with for its early 2021 launches.

Here’s what we believe Samsung will be launching, based on the rumors and leaks that have already surfaced, and how they could compare against their Apple counterparts.

A January launch for the models was previously leaked, though more recent murmurings claim the launch will take place on January 14th, followed by a release in the following weeks. The timing is a change for Samsung as typically it waits for February and March to coincide with Mobile World Congress, but this time the launch may happen on the last day of CES 2021.

If the timing is correct, it is plausible Samsung will go for a traditional launch event at CES itself, rather than following Apple into creating prerecorded presentations.

While Apple’s iPhone range consists of four models, Samsung is thought to instead offer three models to consumers: the Galaxy S21, the Galaxy S21 Plus, and Galaxy S21 Ultra. 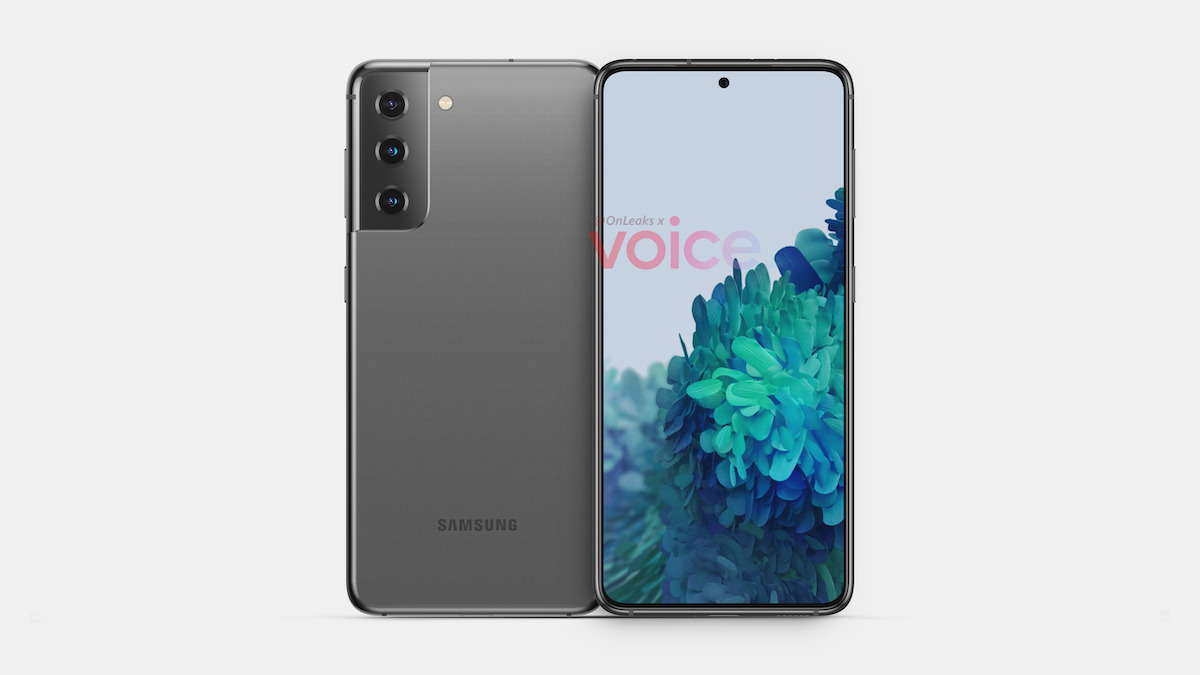 Of the three, the Galaxy S21 stands to be the entry-level model, with the S21 Plus offering a larger and slightly enhanced version. The S21 Ultra serves as Samsung’s “Pro” variant, with the biggest size and better specifications in some elements.

Rumors generally point to the S21 as having a 6.2-inch OLED display, which makes it relatively comparable with the 6.1-inch screens of the iPhone 12 and iPhone 12 Pro in terms of size. As the smallest of the range, it’s not quite at the 5.4-inch size of the iPhone 12 mini, but Samsung does tend to err towards the larger form factor.

The middle S21+ is expected to have a 6.7-inch screen, putting it toe-to-toe with the iPhone 12 Pro Max. Meanwhile, at the high end of the range, the S21 Ultra is tipped to have a 6.8-inch display, exceeding Apple’s range.

The lower comparable resolutions of the S21 and S21+ could be beneficial in extending battery life for the models, albeit at the cost of pixel density. The Ultra would have a pixel density relatively comparable to the iPhone 12 Pro Max, given its slightly larger size.

Where Samsung may pull ahead from Apple is in the technologies used in the displays, especially considering Samsung invests heavily into research and development as a major screen supplier. This could potentially include an improved refresh rate.

While Apple’s iPhones continue to operate at 60Hz, though with rumors proposing 120Hz ProMotion refresh rates could arrive with the “iPhone 13,” Samsung may beat Apple to the punch. All three models are speculated to include the ability to run at 120Hz, with the Ultra potentially offering an adaptive variant that could run at lower rates to reduce battery load.

There may also be some variation on how the screen feels, with the Ultra said to have a curved screen while the others use flat versions.

For the front camera, Samsung is anticipated to use a hole-punch-style camera in the middle of the top of the screen. This isn’t a major departure for Samsung, as it basically reuses the same design as it used in the Galaxy S20 range. 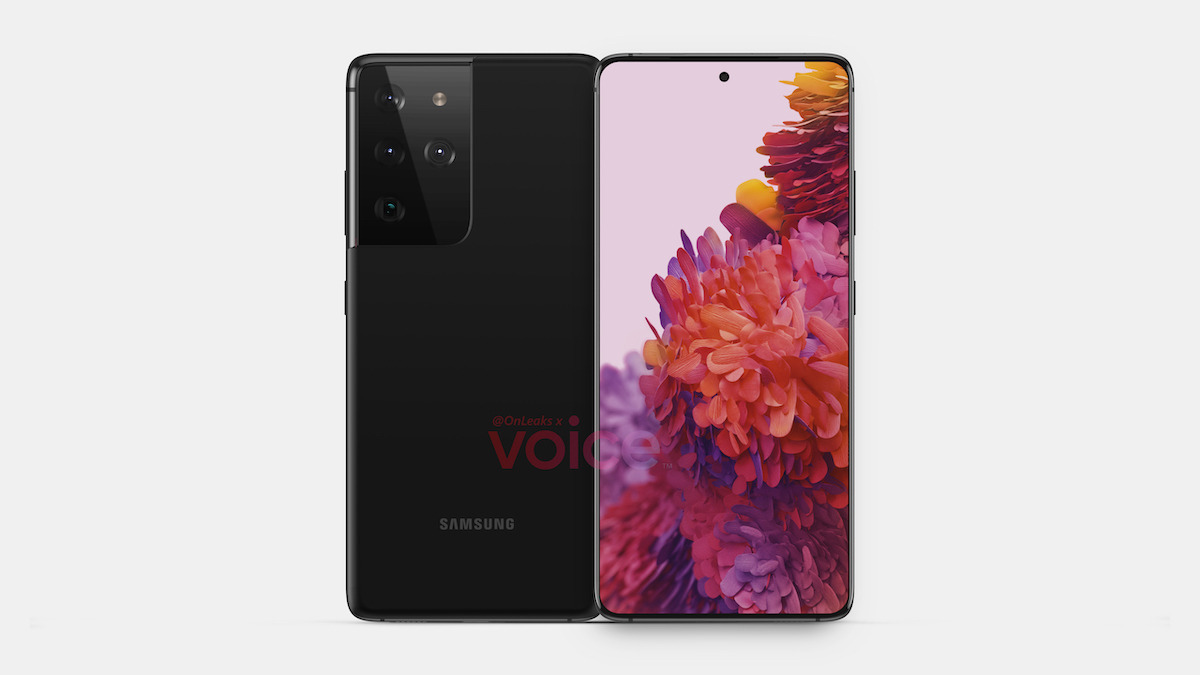 Specifications for the front cameras haven’t really leaked, but they are probably going to use 10-megapixel sensors like the 2020 range, with the exception of a 40-megapixel sensor for the Ultra. If so, this would be a lower resolution than the 12-megapixel TrueDepth camera Apple employs, again excluding the Ultra.

The real changes are around the back, but the bigger story is probably the styling rather than the specifications for the rear cameras.

Instead of adopting the traditional camera bump, which typically appears away from the edge of the device, leaked images point to Samsung pushing the camera bump into the corner. Incorporating it with the main chassis leads to a more seamless design for the bump itself, and one that may be stronger overall.

As for the specifications, the rear cameras for the S21 and S21+ are anticipated to be made up of an ultra-wide 12-megapixel sensor and a 12-megapixel wide-angle version, as well as a 64-megapixel telephoto. While the S20+ had a Time of Flight camera on the rear, it seems that the S21+ won’t sport the same imaging device.

With the exception of the 64-megapixel telephoto, the rumored ultra-wide and wide sensors are the same comparable resolution as what Apple includes in the iPhone 12 range.

The S20 Ultra had a large number of cameras and considerably better specifications, which seems to be a strategy Samsung is reusing here. The 12-megapixel ultra-wide camera is accompanied by the high-resolution 108-megapixel main camera, as well as the return of the laser sensor for a fast and accurate low-light autofocus.

The departure for 2021 in the Ultra seems to be the telephoto camera, as this time it appears Samsung is using two cameras for the job, not one. A pair of 10-megapixel cameras with optical image stabilization are expected, with one offering a 3x optical zoom range while the other can do up to 10x.

This may be an intelligent solution for Samsung, as it could offer an enhanced optical zoom range without dealing with complicated optical systems, simply by using two sensors for different zoom levels.

Even if you take into account the iPhone 12 Pro Max having a 12-megapixel telephoto sensor, its 2.5x optical zoom in range and 12x digital zoom is likely to be beaten by Samsung’s Ultra version.

As for what the cameras can do, it’s probable that features such as being able to record at an 8K resolution at 30fps on the rear cameras and 4K60 on the front, or the 100-times digital zoom for the S21 Ultra, will make an appearance.

Of course, all this doesn’t take into account elements such as computational photography and any other image processing that takes place each time a user takes a photograph.

Driving Samsung’s smartphones for 2021 will be one of two chips, depending on the market, with Samsung’s own Exynos SoC accompanied by a version from Qualcomm. This time around, all models are expected to pack either Qualcomm’s Snapdragon 888 SoC or Samsung’s Exynos 2100.

This will likely be good news for existing Android device users, as the Snapdragon 888 is already said to be a very powerful chip in its own right. Geekbench 5 scores supplied by Qualcomm itself demonstrated a score of 1,135 for single-core tests and 3,794 for multi-core.

Though this seems promising, those claimed scores aren’t able to topple the A14, which saw respective scores of 1,603 and 4,187. 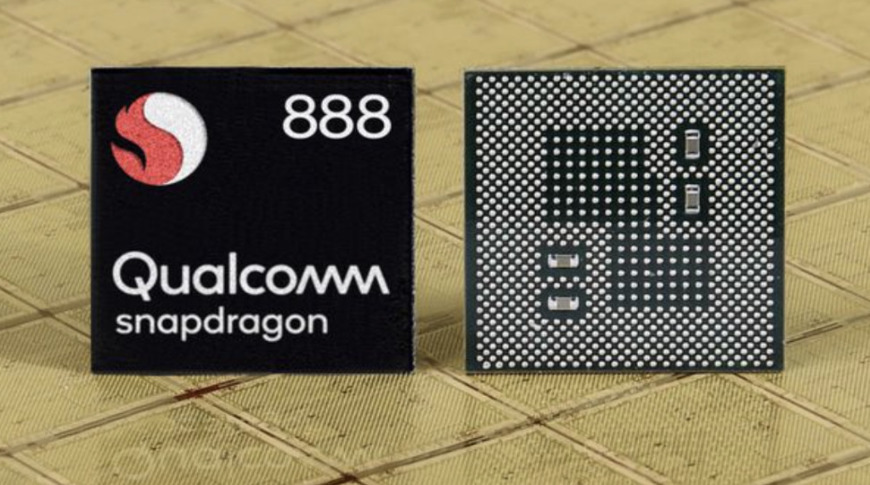 The news doesn’t get much better for Samsung, as leaker Ice Universe claimed the Exynos 2100 scored a lower 1,108 for the single-core test, but an improved 3,963 points for multi-core. If true, this is still not as good as the A14, making the iPhone 12 range theoretically more powerful until proper real-world benchmarks are performed.

To back the chip up, Samsung is rumored to be including 12 gigabytes of memory in the range. This is double what the iPhone 12 Pro range uses and triple the iPhone 12 pair, which seems impressive but would still require applications that can take advantage of that memory.

Not to mention the many differences between Android and iOS, as well as Samsung’s own implementation of Android itself.

Apple’s storage options start from 64GB and rise to 256GB in the iPhone 12 and mini, while the range shifts up one step for the Pro models, going from 128GB to 512GB. Both variants offer three capacity options in their respective ranges.

Rumors point to Samsung offering fewer storage options in the S21 and 21+, with variants set to include 128GB and 256GB capacities. The S21 Ultra will extend the range with a 512GB capacity option.

However, while in previous years you had the option to expand the storage capacity of the Samsung models via a microSD card, things may be different this year. It seems that rumored specifications are lacking any mention of a microSD card slot, which may mean there won’t be an expansion option available to users this year.

In theory, this would put Samsung users in the same boat as iPhone owners, in having to rely on cloud storage or offloading media in various ways.

Samsung’s other main flagship smartphone line, the Note range, is well known for being quite similar to the Galaxy S, except they typically have a larger display to match their phablet form factor, as well as support for the S Pen stylus. It seems that, at least for one Samsung model, some elements of the S-Pen may be usable.

Rumors point to potential S-Pen support for the S21 Ultra, allowing the stylus to be used with the display, but not the S21 nor the S21+. While the support would be added, there apparently won’t be a hole or compartment available to stow the S Pen when not in use. 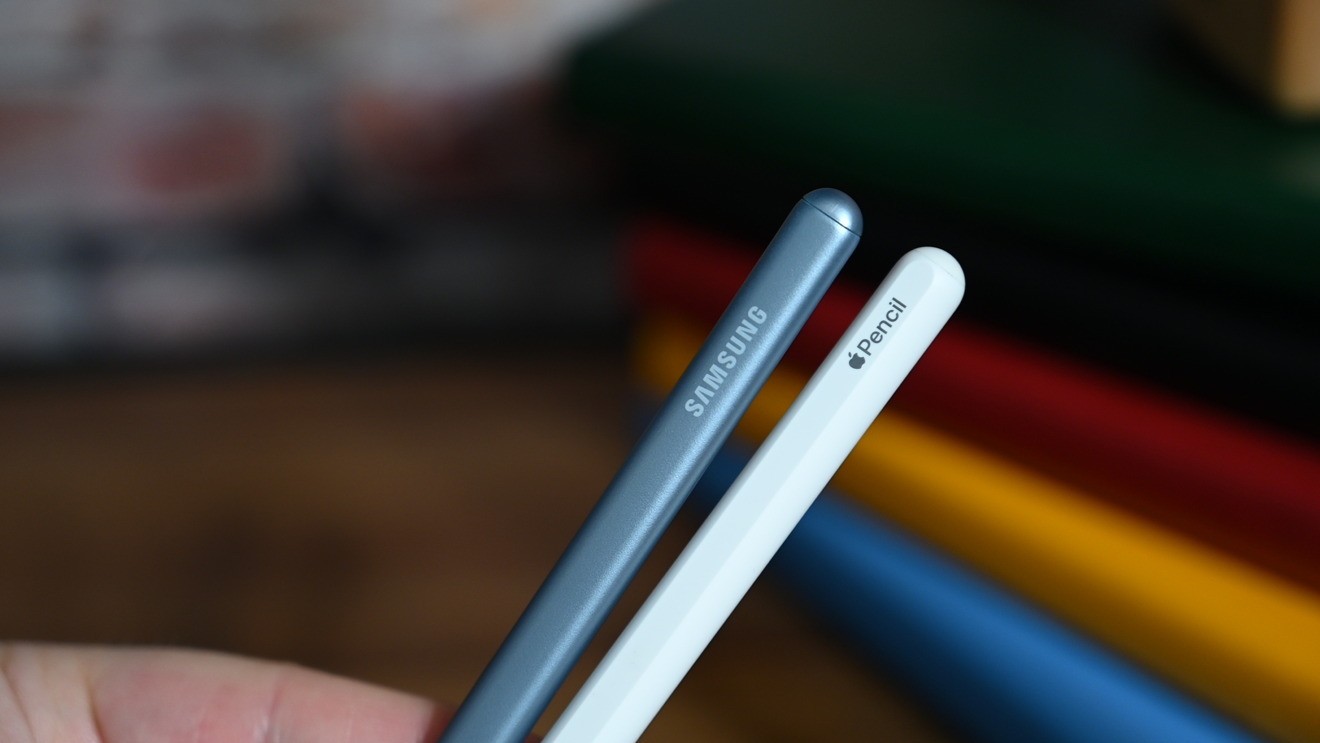 Samsung’s S-Pen and the Apple Pencil

This could be handy for occasional use, especially considering the large phablet-like 6.8-inch display, but the lack of storage capacity for the stylus itself could prevent it from being a more meaningful feature.

The equivalent would be Apple Pencil support being added to the iPhone range, but that would ultimately have the same storage problem. There’s certainly solutions for the problem for iPad users, but given the scale of smartphones relative to tablets, it might be trickier to fix.

Samsung is expected to include 5G support in the new models, continuing on from the previous generation, and it is likely to include both sub-6GHz and mmWave support, like the entire iPhone 12 line.

Bluetooth 5.1 support is also tipped across the board, bringing it to a newer standard than Apple’s continued Bluetooth 5.0 support in the iPhone range.

Wi-Fi 6 is anticipated as well, matching the iPhones, though the Ultra could go one better again to Wi-Fi 6E. In theory, this would allow the S21 Ultra to communicate with other supported hardware that uses spectrum released by the FCC in the 6GHz band, and potentially have more bandwidth for Wi-Fi connections.

The extended Wi-Fi support would be attention-grabbing, but more a preemptive measure until more hardware with Wi-Fi 6E support is released and put to use in the world. It’s an academic improvement for the moment, rather than a realistically useful one.

Battery capacities are currently anticipated to be 4,000mAh for the S21, 4,800mAh for the S21+, and 5,000mAh for the S21 Ultra, with the S21+ seeing an improvement from 4,500mAh in the S20+. While this doesn’t necessarily suggest how long each will be able to function for, it’s probable that they will last all day, and be in the same ballpark as Apple’s 15-hour to 20-hour battery life, depending on iPhone model.

Anticipate fast charging capabilities as well starting from 25W, and possibly beating or exceeding the 45W of the S20 Ultra.

Samsung is also rumored to be joining Apple in supporting Ultra Wide Band communications. It is chiefly believed to work with Samsung’s also-rumored SmartThings tags, its own take on the AirTags concept.

Linux now works on the Mac mini with M1 processor — but Apple did not ...