It’s not obvious how to stop emails you don’t want, but Apple Mail on iOS 14 and macOS Big Sur does let you block individual senders. Here’s how to do it — and what to do when it fails to work.

This is not about stopping spam. If a company is spamming you, they can get around this because they’ll send emails from multiple addresses. Yet sometimes there is one person you want to block, and Apple Mail lets you.

We’re not judging— maybe it’s an ex. Or perhaps you’ve just ended up on some nutter’s mailing list, and you know that asking them to stop will only encourage them.

It’s for possibilities like these that Apple Mail includes the ability to block an individual from emailing you. Most of the time it works, too, but just sometimes it fails in an oddly pointless way.

How to block an emailer on macOS Big Sur

How to block an emailer on iOS 14 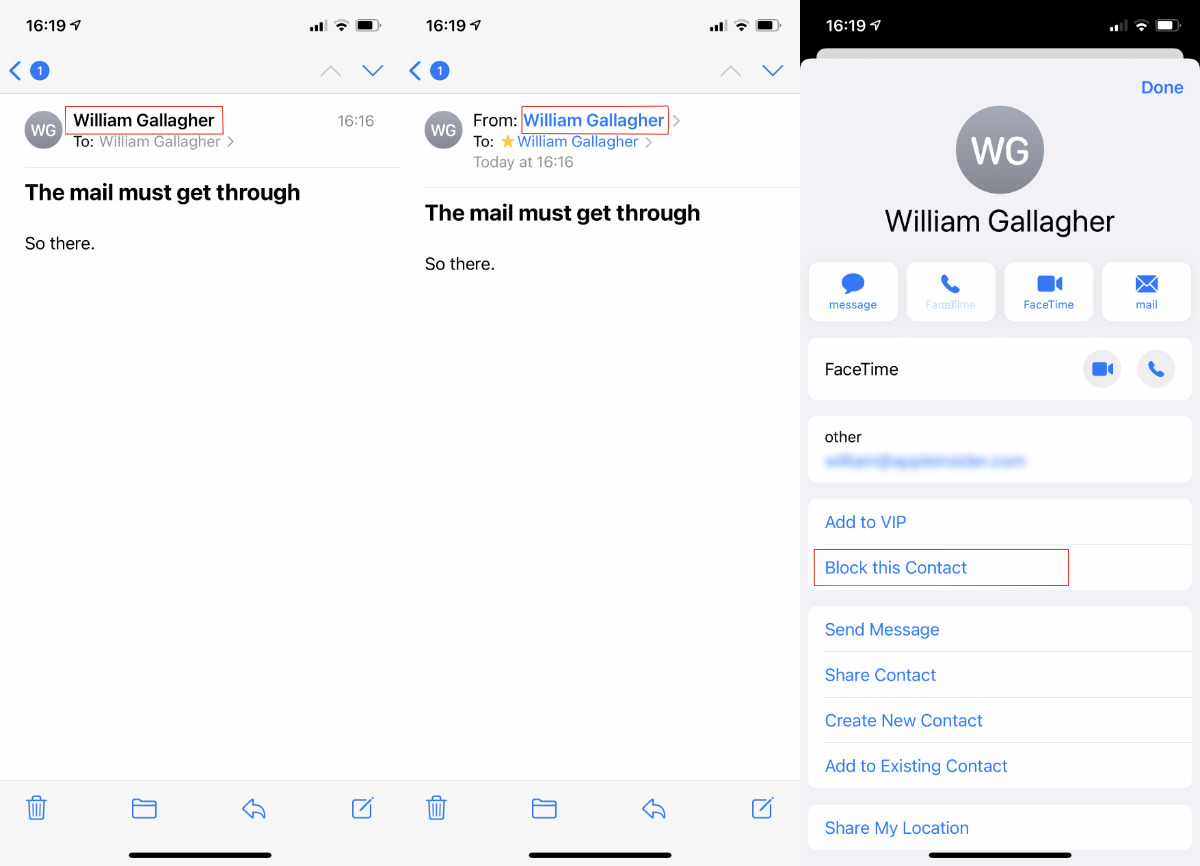 Open a message, then tap on the sender’s name. Tap again when it turns blue. Then tap on “Block this Contact.”

What blocking can’t do

Blocking a contact is not like marking a message as junk — it does not remove it from your inbox. So you still need to delete this latest message or any of the previous ones that have driven you to block the person.

Also, it isn’t actually a person you’re blocking, but rather a single email address. Persistent people may know they tend to get blocked, so they always send from a few different email addresses.

Since Apple Mail displays a name rather than an email address, when it can, then you may appear to keep getting these messages. You could make a note of each email address, but really, block the next few you get, and it’ll be done.

Where blocking fails in practice

That issue of people getting around your block by sending from a different email address is fair enough. What’s much less fair is when this all fails, for some reason, and an email from a blocked address gets through.

Just to make it extra irritating, when this fails on Apple Mail, it even tells you that it has failed. On either Mac or iOS, you get the message, but you also get an unhelpful error, too.

“This message is from a sender in your blocked list,” it says, just as you start to say aloud that you knew that. The message gives you an option to go to Preferences, but that option is worthless when this happens to you.

It’s not clear why this ever fails, and there is no apparent pattern to when it does. It works fine most of the time, but when it fails, there’s only one workaround.

How to fix a failed email block

It’s irritating enough that you ever have to do this. However, if the workaround didn’t seem to fix it for a while, you could get as fed up with doing all this as you are getting these emails.

Sideloading iPad & iPhone apps is back on Apple Silicon Macs, but probably not for long

Flashlight on iPhone – everything you need to know

It’s just the light on the back of your iPhone, yet that flashlight is remarkably ...