Breaking News
Home / iPad / How to set up home cinema sound on Apple TV 4K, while you can still get HomePods

How to set up home cinema sound on Apple TV 4K, while you can still get HomePods

The new Apple TV 4K comes with superb Dolby Atmos sound, but the best way to hear it is through the discontinued HomePod. Here’s how to do it.

You don’t know how good something is until it’s gone. Still, if you already have two HomePods, or you can find two in stock anywhere, you can use them to create a home cinema effect with your Apple TV 4K.

But the bad thing is that you can’t do this with the Apple TV HD, or can you do it with the HomePod mini. Neither by mixing a HomePod mini with a regular HomePod, or by having two them.

There is one concession for you if you don’t happen to have the latest of everything, or the last before Apple stopped selling the HomePod. It’s that you can start the setup of home cinema audio using an iPod touch.

How to start setting up home cinema

If you’ve already set up two HomePods as a stereo pair, then you will have only one HomePod icon in the Home app. Changing the room on that one will change it for both.

To be sure that you’ve already got a stereo pair, tap on the cog icon again to bring back up the information pane. If they are in a pair, then there will be a Speakers section under Room and it will have the number 2 next to it.

If you have two HomePods and they are not yet in a stereo pair, you’ll never guess what you need to do next. 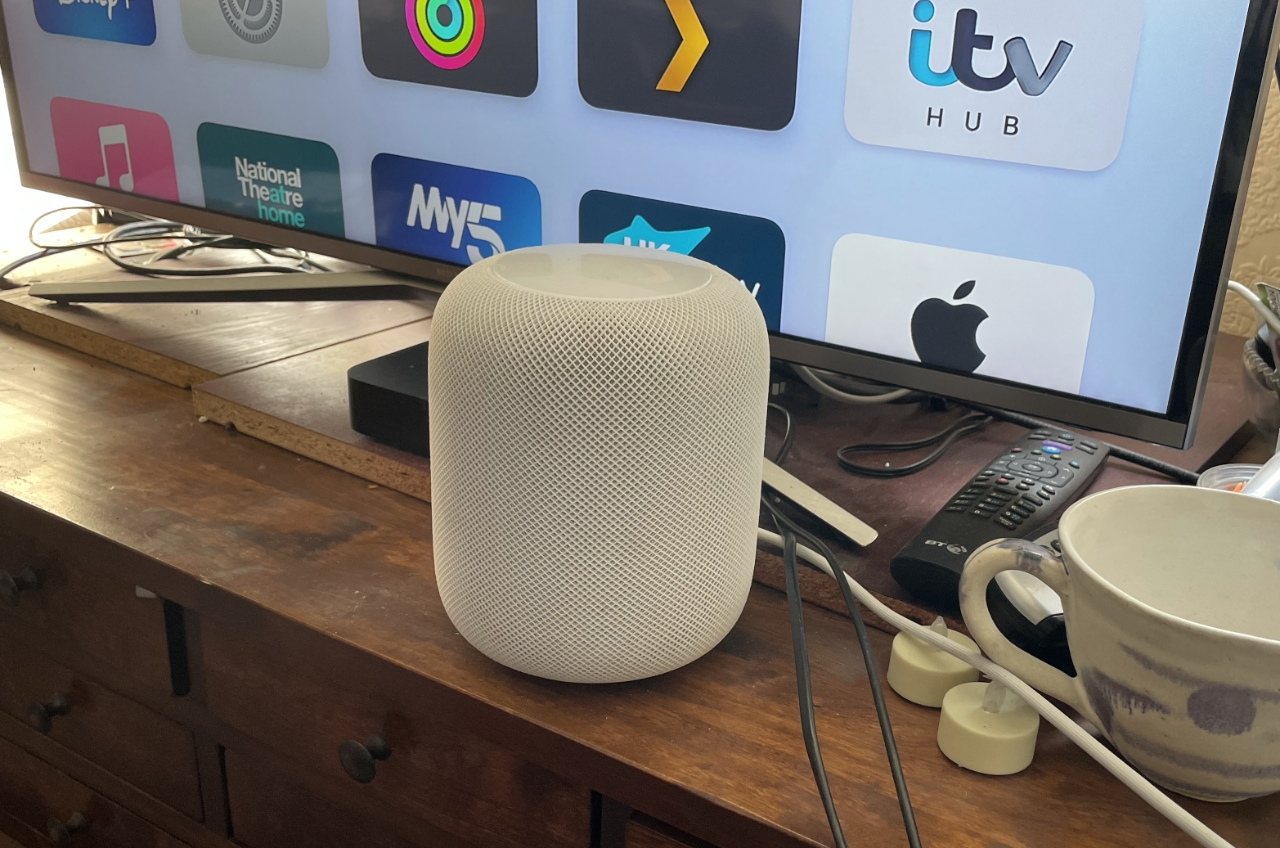 How to make a stereo pair from two HomePods

There are options to do with which is left and which is right, but you’re prompted through those. And if you get it horribly wrong, the most you’d have to do is physically move the two HomePods.

Next, Apple does really want you to use HomePods with your Apple TV 4K, so it makes the following steps as automatic and quick as it can.

How to complete setting up cinema audio

It’s unlikely that it will fail again, but if it does, you do have options for manually setting up using the HomePods as cinema audio system. There are options for this both in the Home app on iOS, and on Apple TV 4K itself 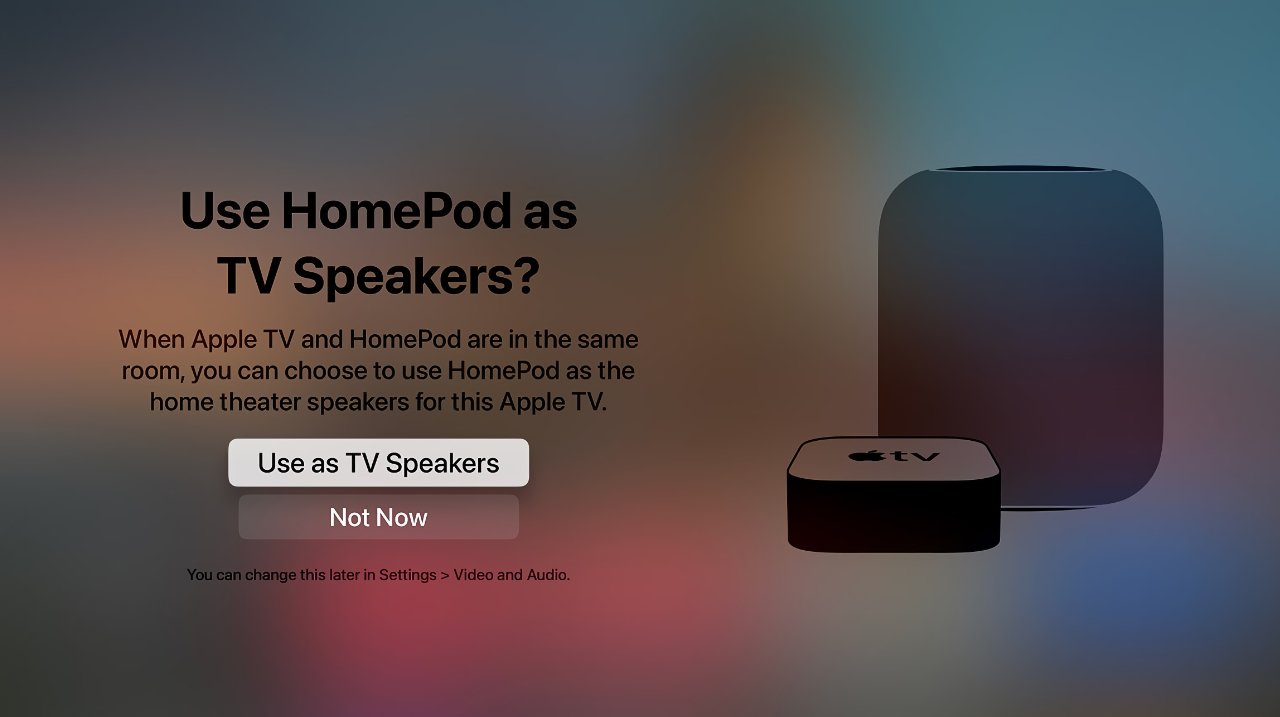 How to manually set up cinema audio

The process is much the same if you want to do this via your iOS device. This time you open the Home app first, then find the Apple TV icon.

Press and hold on that, then from the controls that appear, choose Default Audio Output.

How to undo setting up home cinema audio

We could say anything here because you’re never going to read further. Once you’ve heard Dolby Atmos-quality audio coming out of this system, you won’t contemplate switching back.

You might wonder how you ever put up with the sound coming out of your TV set’s own speakers, but not to the extent that you’ll go back to try it out again.

If you should need to undo all of this, though, you need to reverse the automatic or manual steps you followed above. Change the Default Audio Output to whatever else you’ve got, and move the HomePods away from your Apple TV 4K.

The hardware on the new iPad Pro is absolutely stellar, far beyond any competition in ...