Gaming on iPhone and iPad is great, but it gets even better when paired with a capable controller. Apple has enabled users to pair their Sony PlayStation 5 DualSense controllers with iPhone and iPad for next-level mobile gaming. Here’s how to set it up.

Pairing your controller with a compatible iPhone and iPad is easy to do. To get started, you will need an iPhone or iPad running iOS 14.5 or iPadOS 14.5, as well as a Sony PS5 DualSense controller. The Xbox Series X controller can also be paired thanks to this update, but we’ll focus on pairing the DualSense controller in this article.

Note: Currently, iOS 14.5 is still in beta testing. You will have to be a developer or enrolled in the public beta program to have access to this update before it is publicly released to users.

To pair your controller

How to use your paired controller

Once you’ve paired your PlayStation 5 DualSense controller, you can use it like any other MFi-certified controller in a variety of games. All games in Apple Arcade support controllers as well as many other prominent titles.

Call of Duty Mobile, PUBG, Madden NFL 21, and countless others benefit from using an external controller for more responsive feedback and enhanced gameplay.

All the buttons are mapped differently in each game. Developers decide how to map controls to the physical controller. The Share button, however, works universally. Press it for a second to take a screenshot of your device. Double press the share button to start a screen recording that you can later share.

DualSense controllers also work on Apple TV’s running the latest tvOS 14.5 update. The process is similar, by putting the controller into pairing mode and going to Bluetooth settings of the Apple TV. 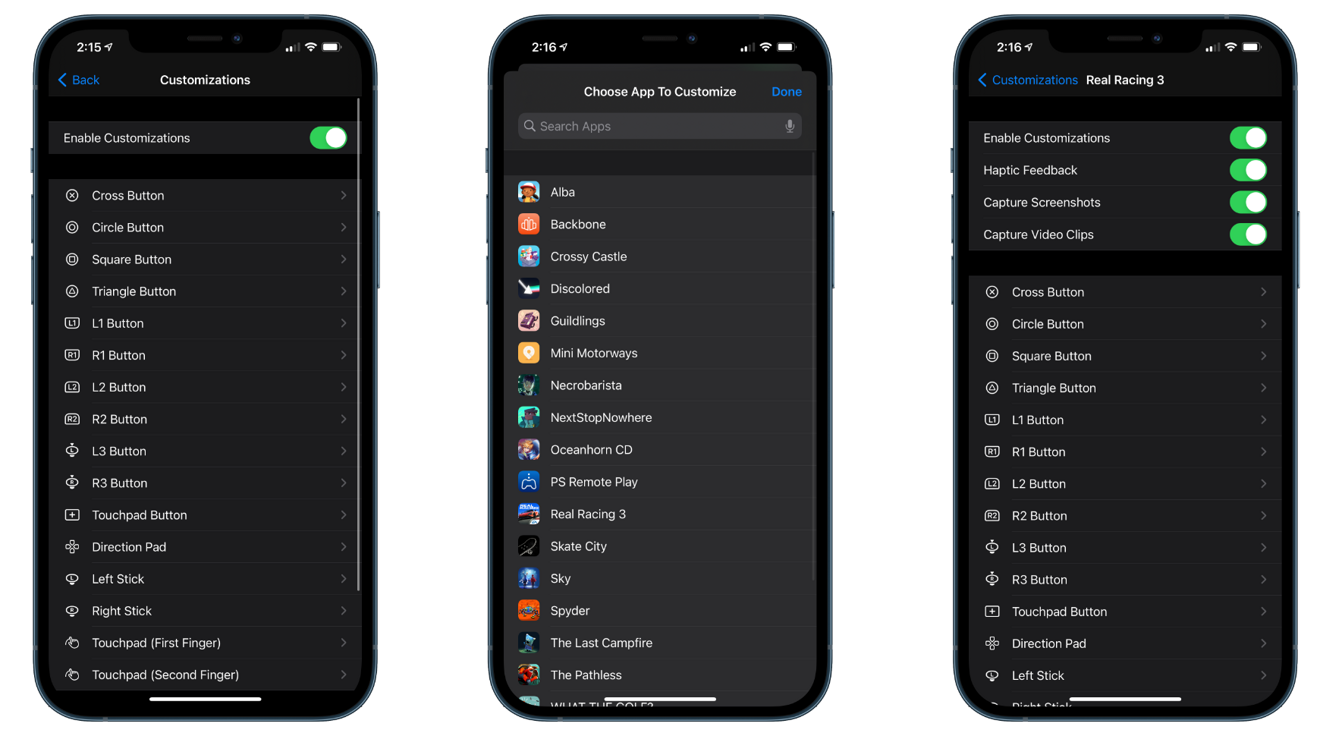 New with iOS 14.5, users are able to customize the controls of any controller connected.

To customize your MFi controller

With customizations, you can re-map any button on a per-app basis. You can also disable haptic feedback, disable screenshots, and disable video clips. The customizations work for any connected controller including the DualShock 4 or Xbox controller.

Previous Apple releases iCloud Keychain for Chrome on Windows
Next Apple speeds up masked Face ID by detecting an Apple Watch in iOS 14.5

How to work around Apple Watch being too dim to read

An at-home COVID-19 test that uses the iPhone to check results will be available to ...