The addition of the Handwashing Timer to watchOS 7 is meant to encourage Apple Watch users to properly wash their hands for at least 20 seconds. Here’s how to get the feature working, to remind you to keep your hands clean.

The ongoing COVID-19 pandemic has caused health-related organizations and governments around the world to come up with ways to encourage people to be more hygienic. One idea that has been adopted around the world is that of regularly washing hands, and doing so for at least 20 seconds to minimize the risk of infection by touch.

Memes have been circulated, proposing songs and other ways people can use to time themselves washing their hands, with social pressure helping to enforce the washing of hands in the first place.

With the Handwashing feature of watchOS 7, Apple has added a function to the Apple Watch that is a fairly simple concept, namely a timer that appears whenever the user starts to wash their hands, counting down from 20 seconds. With the release of watchOS 7, it is now available to enable and use on supported devices.

Handwashing requires users to update their iPhone to run iOS 14, and their Apple Watch to watchOS 7, in order to function.

How to turn Handwashing detection on and off via your iPhone 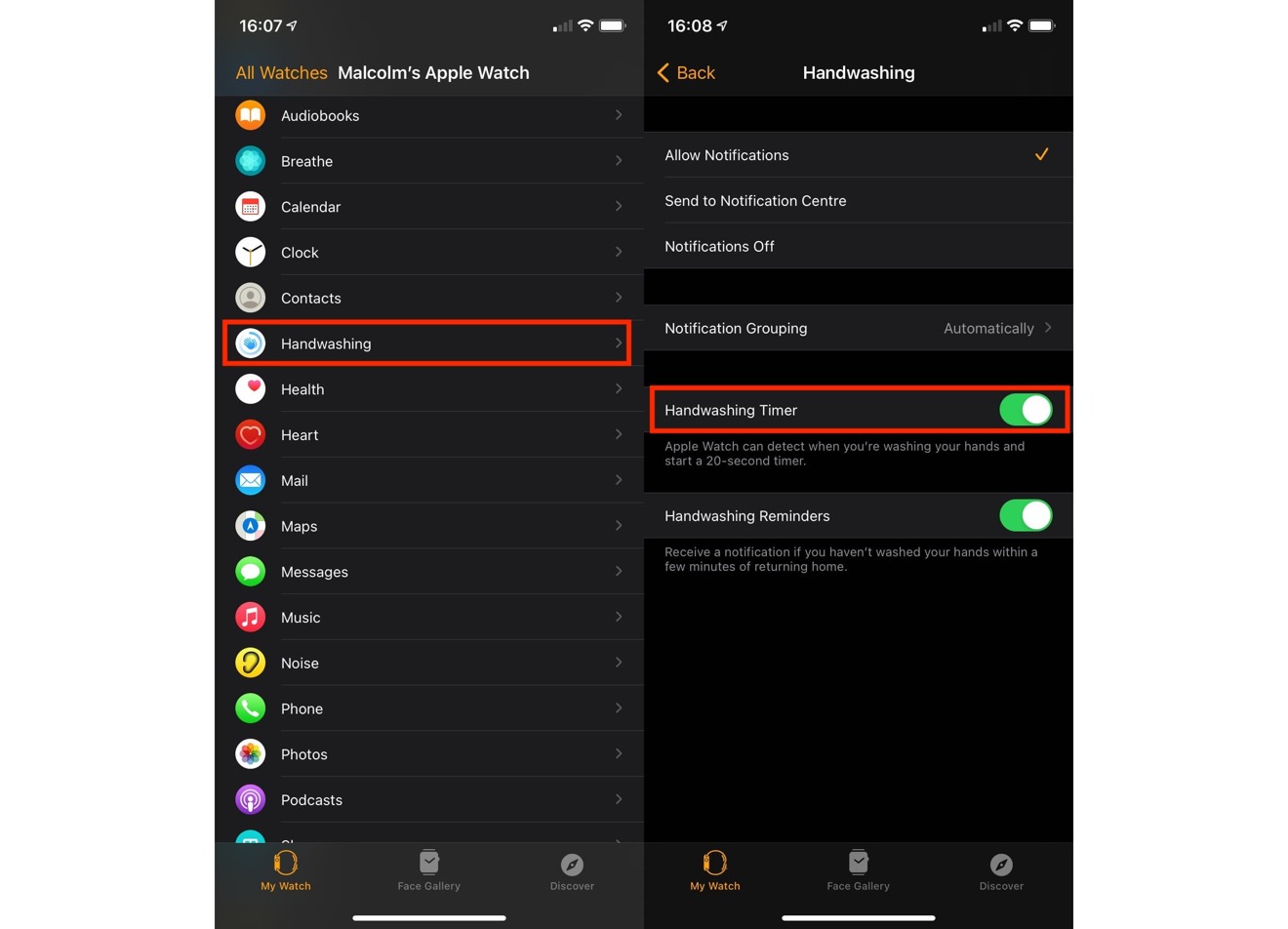 Handwashing can be enabled within the Watch app on iOS. 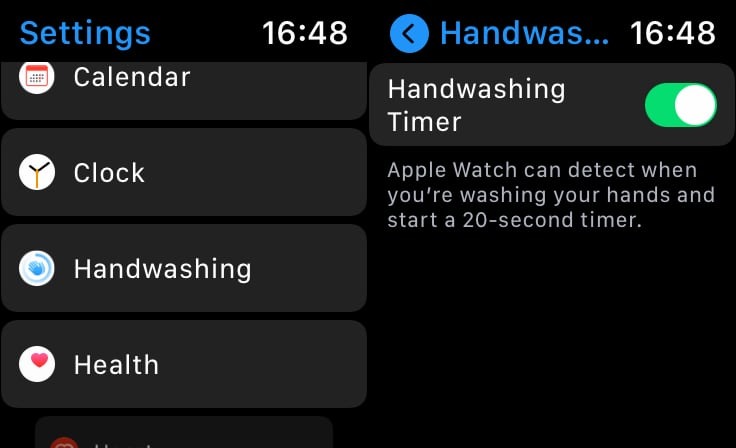 Handwashing Timer can also be enabled directly on the Apple Watch in the Settings app.

How to use the Handwashing timer

It is advised to not bother to stop and look at the timer on the Apple Watch, as it will cease the countdown and may stop the timer altogether. AppleInsider has encountered situations where the timer stopped abruptly, such as water being registered as a screen tap, which may be an issue for some users.

Along with the default timer, Apple has also included Handwashing Reminders, which will use location tracking to determine if the user has been outside of home, and has returned. The reminder is to encourage users to wash their hands on arrival at home, again to minimize any bacteria or virus transference to other family members by bringing them into the house.

How to turn Handwashing notifications on and off via your iPhone

As handwashing is an important part of staying healthy, especially in the current COVID-19 climate, the Apple Watch collects data on handwashing activities. This includes times when the counter is enacted, how many times the user successfully reaches 20 seconds, the average time spent handwashing, and other data which can be reviewed over a longer period of time.

How to view Handwashing data on the iPhone 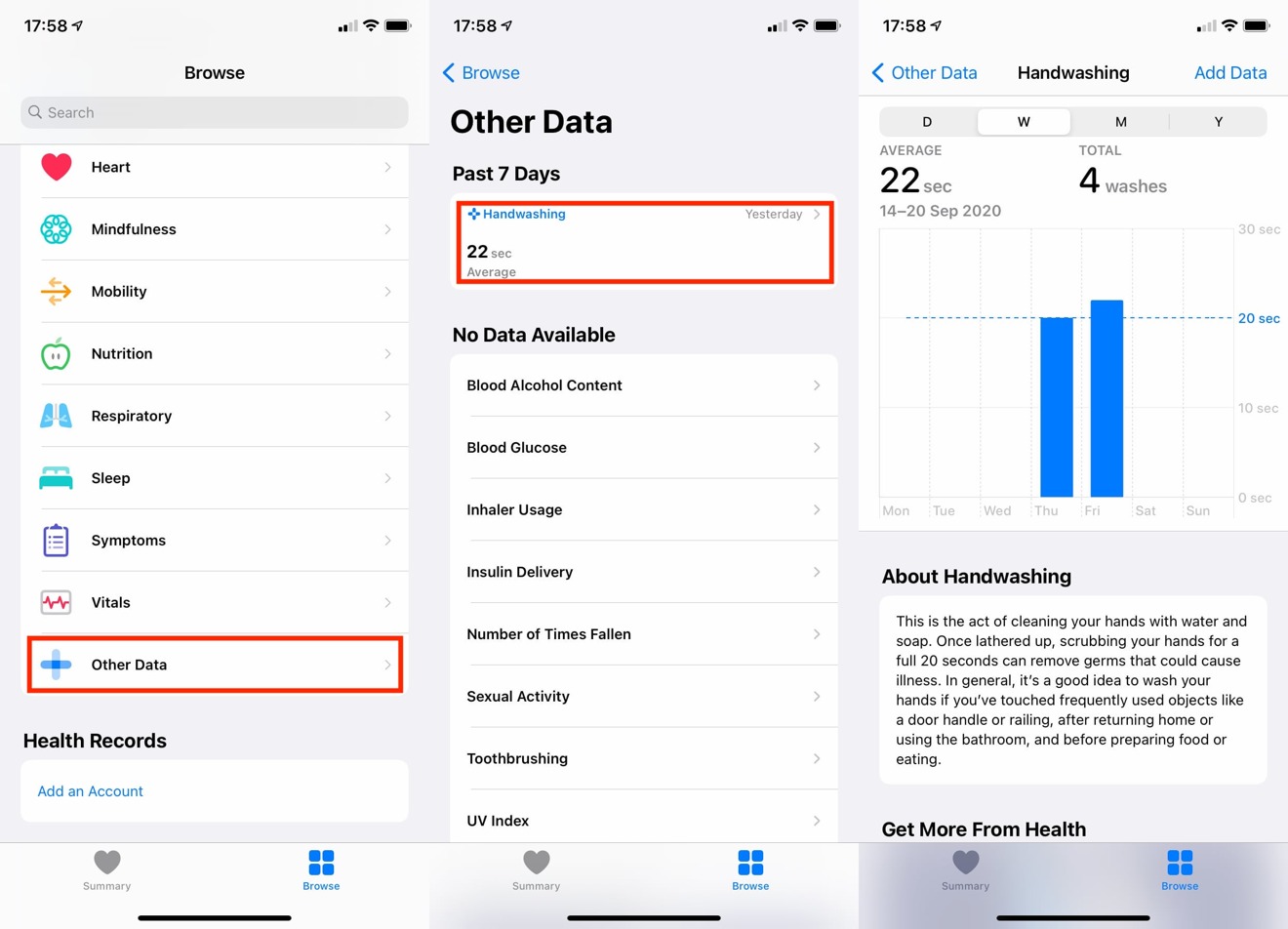 The Health app keeps track of how often and how long you wash your hands for.

Like other metrics the app tracks, users can see how many times they washed their hands in a day, week, month, or year, as well as how long for, averages, and even timestamped data. This feature may be especially useful for families, with parents able to check if their children are washing their hands sufficiently throughout the day.

Apple on Thursday announced a change to App Store policy that allows developers to offer ...