How to use the new CarPlay features in iOS 14

Apple has not forgotten CarPlay in its iOS 14 update, and if the new version lacks gigantic changes, its very many improvements are extremely welcome.

If you’ve previously been vaguely sure that CarPlay is the band with that song, “Yellow,” then the new features of it in iOS 14 are not going to convert you into a fan. However, if the updates are each quite small, they add up.

CarPlay in iOS 14 looks better, works smoother, and brings you new improvements that you may even relish. If your car supports CarPlay, and your iPhone is on iOS 14, you’ve got all you need.

The most visible new features in CarPlay

This is going to sound like the smallest update imaginable, and that’s chiefly because it really, really is — you can now set wallpaper on CarPlay. It’s not even as if you’ve got a lot of choice, you can’t set a background photo of your dog.

Yet if all you can do is choose from a small handful of background images, really just background colors, then it is surprising what a difference it makes. The new wallpapers make the CarPlay app icons pop off the screen more, and they help the display remain clear even in bright sunlight.

If you’re not convinced, try this out and then borrow someone’s iPhone on iOS 13 to see what it used to look like.

Wait until you’ve tried out more than the wallpaper, though, as this is a common feature in iOS 14 — the differences seem small when you try them, but huge when you go back to the previous version. As well as aesthetics, though. this is all also an improvement in functionality.

If you’re driving somewhere using Apple Maps and ask Siri to play a certain track, you don’t lose the map. In theory, you only ever lost view of the map for a moment while Siri did its work, but in practice we’ve obviously hit poorer reception areas than Apple ever expected.

Siri is also now able to bring enough extra functionality to existing CarPlay features that you might end up using them more. Most specifically, it’s now possible to tell Siri to share your ETA when you’re navigating.

Sharing ETA is the tremendous feature where your iPhone will send a Message to whoever you nominate, telling them when to expect you. And where if you get delayed, your iPhone will update them with the new arrival time — without you doing anything, or even having to think about it.

It did, however, involve you tapping buttons to turn on the feature, and then select which one — or several — people you wanted to share with. That was hardly arduous, but it meant that in all practicality, you needed to do it before you released the handbrake and drove off.

Now, though, if you pull out into traffic and see that rush hour is worse than you thought it would be, you can verbally tell Siri to switch on Share ETA, and with whom.

This is something that might actually have been slightly better during one of the earlier beta versions of iOS 14 and CarPlay. Previously, you could say “Hey, Siri, send a voice message to Burt,” and it would record your message, then play it back to you.

When you were happy with the recording, Siri could send it on to Burt or whomever. Now in the release version, you can still do voice messages, but in our testing you don’t get to check them out first.

Instead, you ask to send it, Siri prompts you to talk, then it sends the voice message on. It’s faster, it’s certainly more efficient and especially so when you need to send many such messages, but it would be good to have the option to check first. 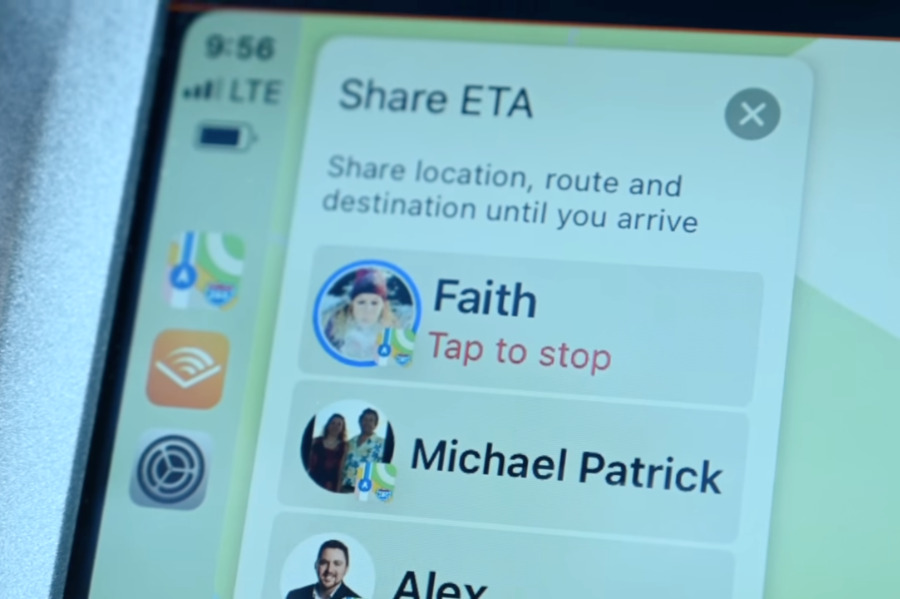 Previously you could share your ETA with someone by tapping through menus, but now you can ask Siri to do it

Although the number of apps that can be used in CarPlay is pretty tiny compared to those for the iPhone, there are still a growing number. And the more you get into CarPlay, the more you are going to use them.

Now with iOS 14’s version of CarPlay, you can have Siri Suggestions. If you always use the Podcast app on your commute home, Siri can offer you that on the front screen, for instance.

This isn’t just for Apple apps, either. And Apple says that CarPlay now comes with extra abilities that all developers can leverage.

Specifically, there are new API enhancements for apps that provide messaging, potentially for instance such as WhatsApp. It requires the developer to update their apps, but once they do, they will now be able to take advantage of new options.

Messaging or similar apps will now be able to show you lists of contacts, and also lists of your previous conversations. Music or other audio apps can now show album art.

Functionality in CarPlay for iOS 14

So far, not much of this has been about driving, at least beyond the Share ETA function. However, CarPlay does provide some new tools to help with specific driving tasks that are to do with route finding.

One is that you can now have Apple Maps plan routes that include charging stops for electric vehicles. You need to have the car manufacturer’s own app installed on your iPhone, but once you do, you can connect CarPlay.

Then when you plan your route, Apple Maps leverages the car maker’s app to track the charge in your vehicle. It also takes into account elevation, how much up hill or down hill driving is ahead of you, and factors that into its route. 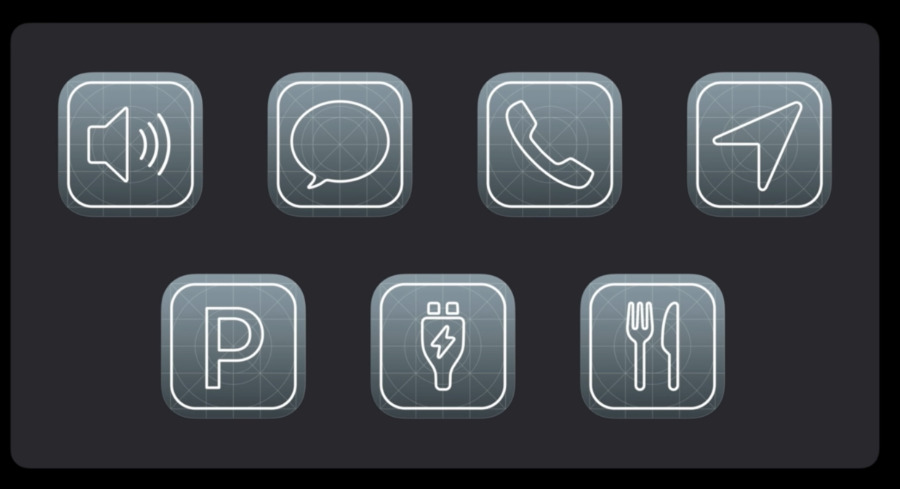 There are now seven categories of apps you can use in CarPlay, including the new Parking and Quick Food Ordering ones

Depending on where you are, CarPlay and Apple Maps will now also alert you to speed cameras on your route. Together with the improved Apple Maps imagery available in the US and rolling out to other territories, this all adds to making driving with CarPlay more relaxing.

Once you get somewhere, CarPlay has one last new feature. There are now two new categories of apps that can be used in CarPlay — parking and quick food ordering.

Again, it’s up to developers to produce or update their apps to take advantage of these categories. But you will be able to plan your EV route, and order some food before you’ve pulled into the parking bay.

Backbone One controller and app aims to elevate iPhone gaming

Apple’s claims of theft in Epic’s lawsuit against the company over App Store rules have ...