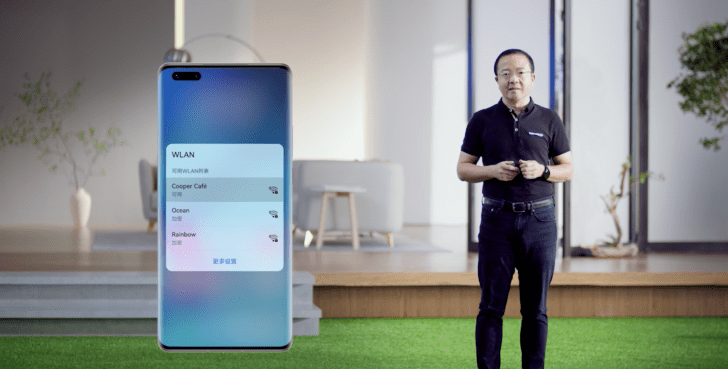 Think you’re living in a hyper-connected world? Huawei’s proprietary HarmonyOS wants to eliminate delays and gaps in user experience when you move from one device onto another by adding interoperability to all devices, regardless of the system that powers them.

HarmonyOS is not meant to replace Android or iOS, Huawei said. Rather, its application is more far-reaching, powering not just phones and tablets but an increasing number of smart devices. To that end, Huawei has been trying to attract hardware and home appliance manufacturers to join its ecosystem.

To date, more than 500,000 developers are building applications based on HarmonyOS. It’s unclear whether Google, Facebook and other mainstream apps in the West are working on HarmonyOS versions.

Some Chinese tech firms have answered Huawei’s call. Smartphone maker Meizu hinted on its Weibo account that its smart devices might adopt HarmonyOS. Oppo, Vivo and Xiaomi, which are much larger players than Meizu, are probably more reluctant to embrace a rival’s operating system.

Huawei’s goal is to collapse all HarmonyOS-powered devices into one single control panel, which can, say, remotely pair the Bluetooth connections of headphones and a TV. A game that is played on a phone can be continued seamlessly on a tablet. A smart soymilk blender can customize a drink based on the health data gleaned from a user’s smartwatch.

Devices that aren’t already on HarmonyOS can also communicate with Huawei devices with a simple plug-in. Photos from a Windows-powered laptop can be saved directly onto a Huawei phone if the computer has the HarmonyOS plug-in installed. That raises the question of whether Android, or even iOS, could, one day, talk to HarmonyOS through a common language.

The HarmonyOS launch arrived days before Apple’s annual developer event scheduled for next week. A recent job posting from Apple mentioned a seemingly new concept, homeOS, which may have to do with Apple’s smart home strategy, as noted by MacRumors.

Huawei denied speculations that HarmonyOS is a derivative of Android and said no single line of code is identical to that of Android. A spokesperson for Huawei declined to say whether the operating system is based on Linux, the kernel that powers Android.

Several tech giants have tried to introduce their own mobile operating systems, to no avail. Alibaba built AliOS based on Linux but has long stopped updating it. Samsung flirted with its own Tizen but the operating system is limited to powering a few Internet of Things, like smart TVs.

Huawei may have a better shot at drumming up developer interest compared to its predecessors. It’s still one of China’s largest smartphone brands despite losing a chunk of its market after the U.S. government cut it off from critical chip suppliers, which could hamper its ability to make cutting-edge phones. HarmonyOS also has a chance to create an alternative for developers who are disgruntled with Android, if Huawei is able to capture their needs.

The U.S. sanctions do not block Huawei from using Android’s open-source software, which major Chinese smartphone makers use to build their third-party Android operating system. But the ban was like a death knell for Huawei’s consumer markets overseas as its phones abroad lost access to Google Play services.

Once a meme that delighted the internet, the Xbox Series X-shaped mini fridge is becoming ...