Repair experts at iFixit have completed their teardown of the M1 iMac, revealing impressive engineering including a large speaker chamber that fills a large portion of the chassis.

The repair site published the first part of a two-part teardown on Monday, revealing some of the major design changes from previous generations of iMac. On Tuesday, iFixit wrapped up the teardown by digging deeper into the 24-inch iMac’s logic board, ports, keyboard, and power supply.

For example, the new iMac’s USB-C boards “flip up like the covers of cigarette lighter sockets” in a car. They’re easily disconnected from the interconnect board. That’s a change from previous iMacs, which had their ports soldered to the logic board. The site notes that even the ports are color coordinated with the chassis color. “We don’t always agree with Apple’s choices, but there’s no denying their efforts making them,” iFixit wrote. 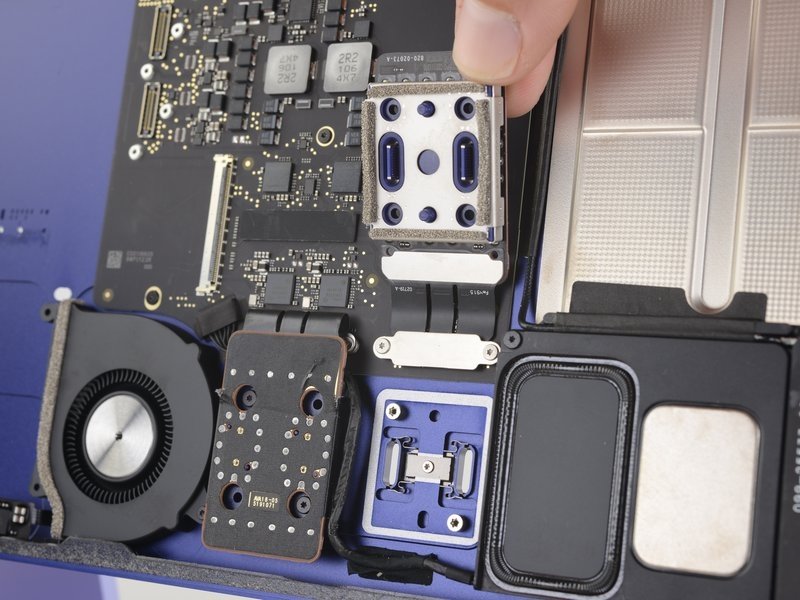 The new iMac’s speaker system includes two tiny metal chambers. Although “impossibly thin,” they have a large surface area that translates to more internal volume. According to iFixit, it’s a “nifty use of what might otherwise be empty space!”

What appeared to be two coin cell batteries in iFixit’s preliminary teardown feature 3V output connectors, suggesting that they are CMOS batteries wired in parallel for redundancy. Like iPhone batteries, the CMOS batteries are secured with an adhesive pull tab.

Additionally, iFixit’s teardown revealed a modular headphone jack, a power button glued directly into the enclosure, and Apple’s triple-microphone array, which is placed at the top of the chassis and near the camera.

The Apple logo on the rear of the 24-inch iMac also houses a patch antenna. The display shield has two horizontal slots hanging on corresponding tabs in the device’s computer. Additionally, the iMac’s hinge hardware is no longer accessible from the outside of the desktop.

The 24-inch iMac now houses its power supply on the outside, which makes replacing it easier. Although the power supply’s internals look like a standard MacBook Pro power supply, it also contains a network cable.

In iFixit’s testing, the power supply can output 143 watts. The iMac only draws about 60 watts at most, leaving plenty of headroom for peripherals. 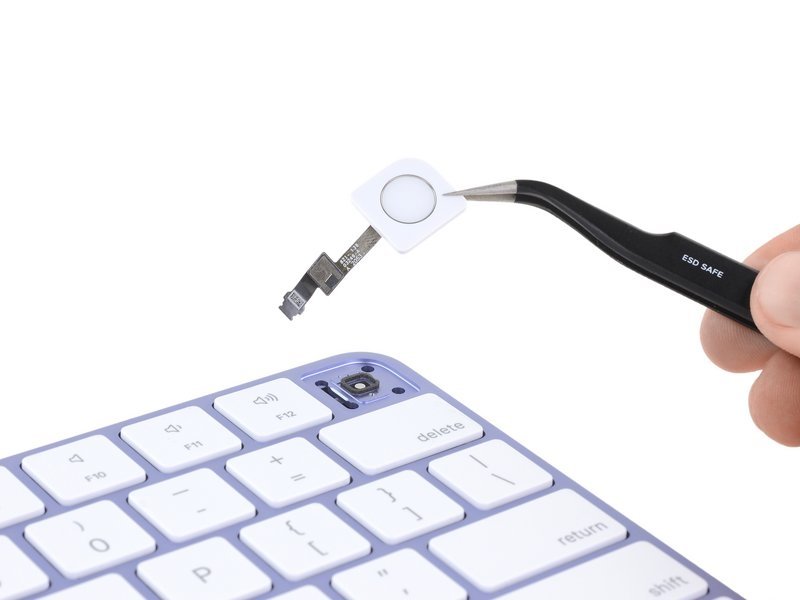 Along with the iMac itself, iFixit also investigated the Touch ID sensor on the new Magic Keyboard. The site says what looks likes an ordinary keycap hides a fingerprint sensor that appears similar to the iPhone 7’s Touch ID sensor.

Switching out the Touch ID sensor rendered the fingerprint-reading capabilities of the keyboard useless. That’s because each Touch ID sensor is cryptographically paired to their original hardware. 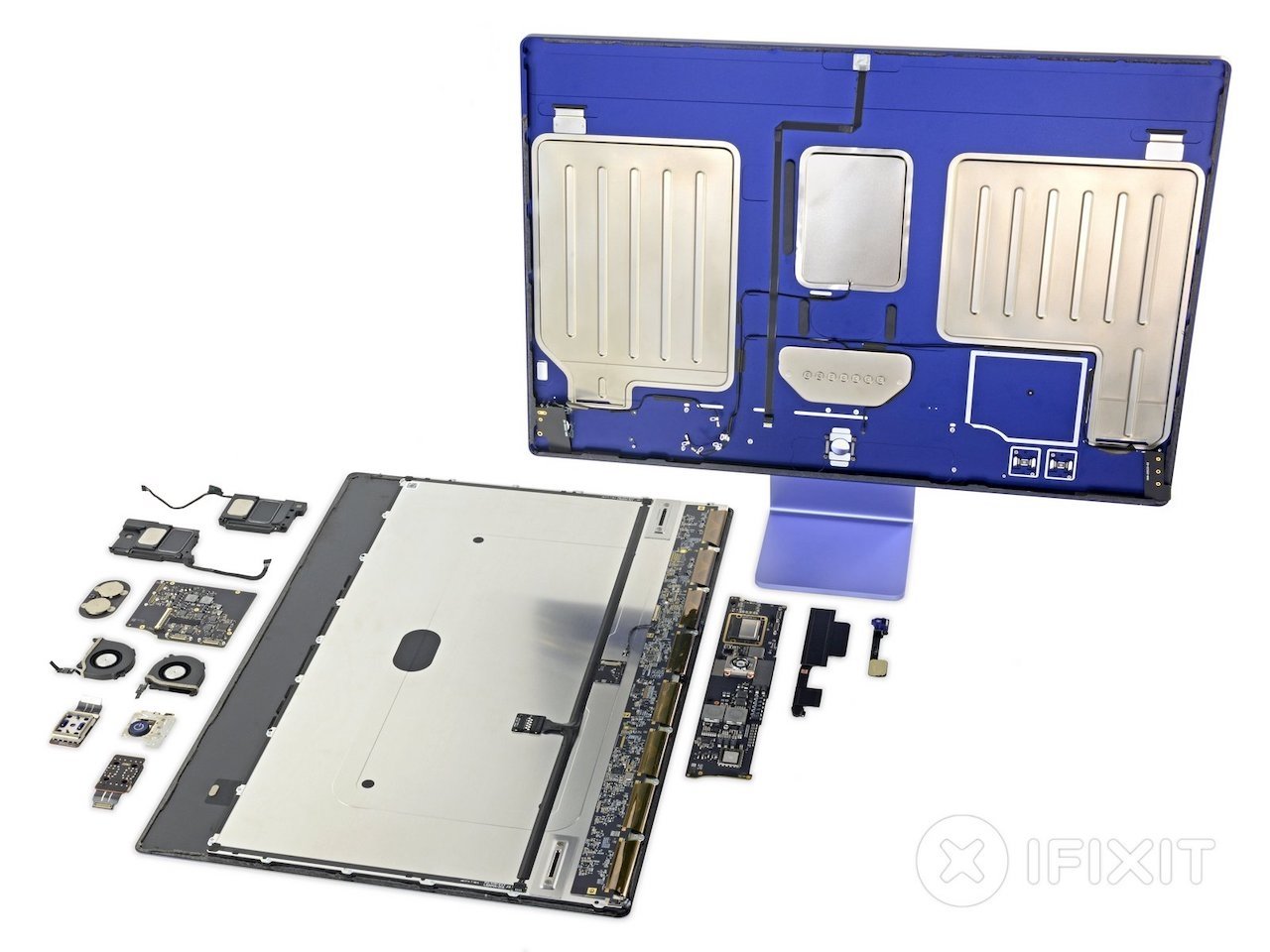 “A lot of impressive engineering went into making this thing as thin as possible, but did anyone really need a thinner all-in-one desktop? Apple’s priorities continue to baffle,” the site wrote.

With the launch of its updated software and new online store, Elgato’s Stream Deck becomes ...