The best board game companion apps for iPhone and iPad

As mobile devices have brought board games into the 21st century, AppleInsider looks at the App Store’s best companion apps to enhance your table-top gaming experience.

The advent of mobile devices has pushed board games into new realms, with companion iPhone and iPad apps adding extra nuance to table-top gaming. Apps can help keep score, guide you through your journey, and even allow you to play single-player vs. AI, creating a mixed-medium experience that wasn’t possible until the last decade.

Whether you’re looking for something to play with the family during holiday get-togethers or games to pass the time during quarantine, these are the best game-and-app combinations. 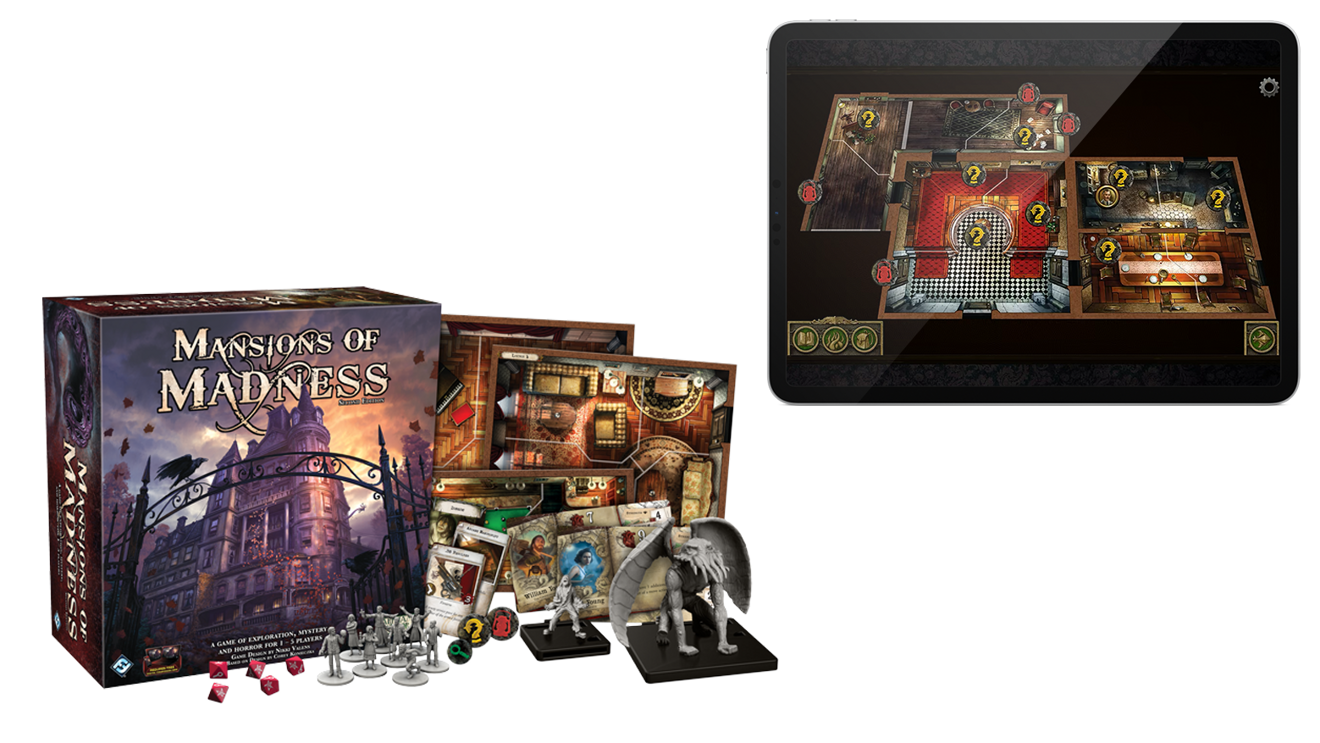 The second edition of the tabletop strategy game Mansions of Madness replaced the human keeper with this companion app of the same name. In this Lovecraft-inspired title, two to five players explore a spooky abode, playing as investigators trying to solve the mansion’s mysteries. The companion app serves as your guide and narrator while illustrating your gameplay with mirrored animations of your game board.

The Mansions of Madness app works with iPhone and iPad. It’s free on the App Store with in-app purchases. 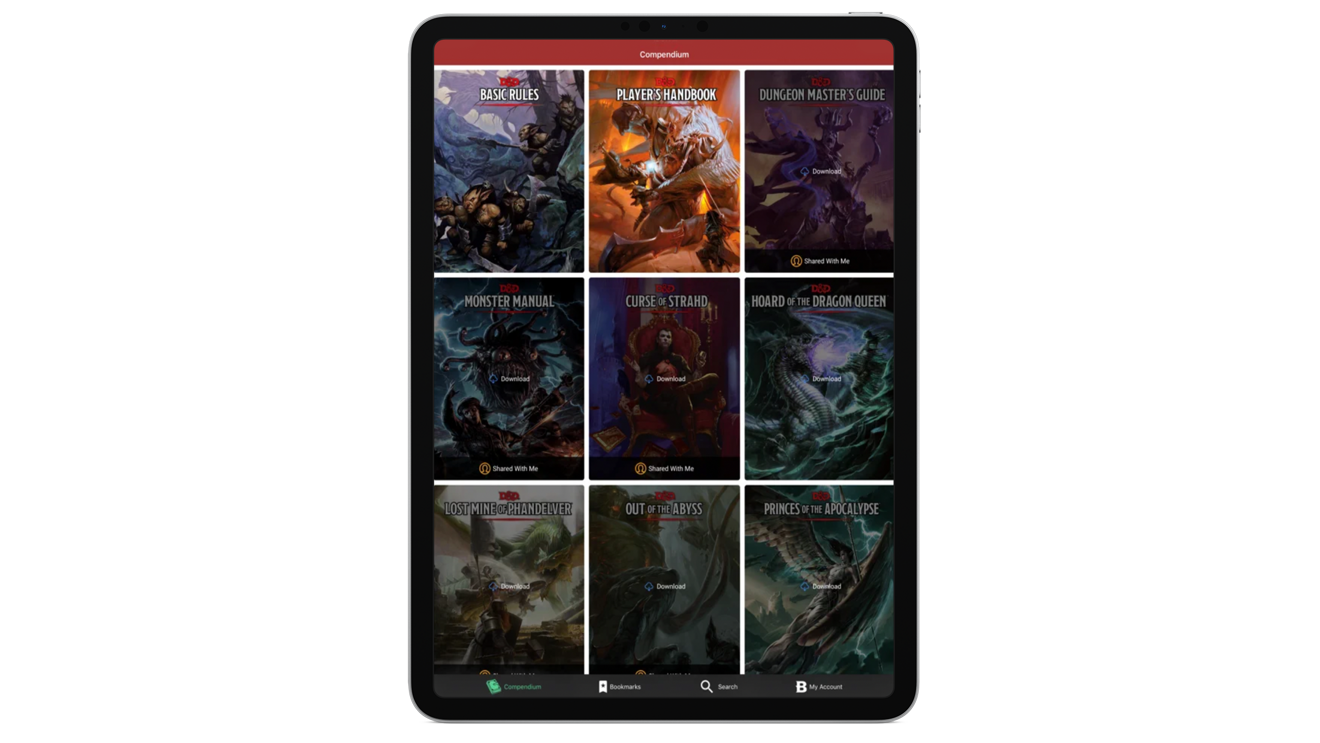 D&D Beyond is the official digital host of Dungeons & Dragons fifth-edition, serving as a reader for D&D compendium content. Meanwhile, D&D Beyond Player Tools is a separate character-management app.

To play, you’ll need to either purchase digital copies of the requisite guides as in-app purchases or have a friend who owns them share them with you. There are also optional subscriptions to add bonuses like unlimited characters and access to public home-brew content. 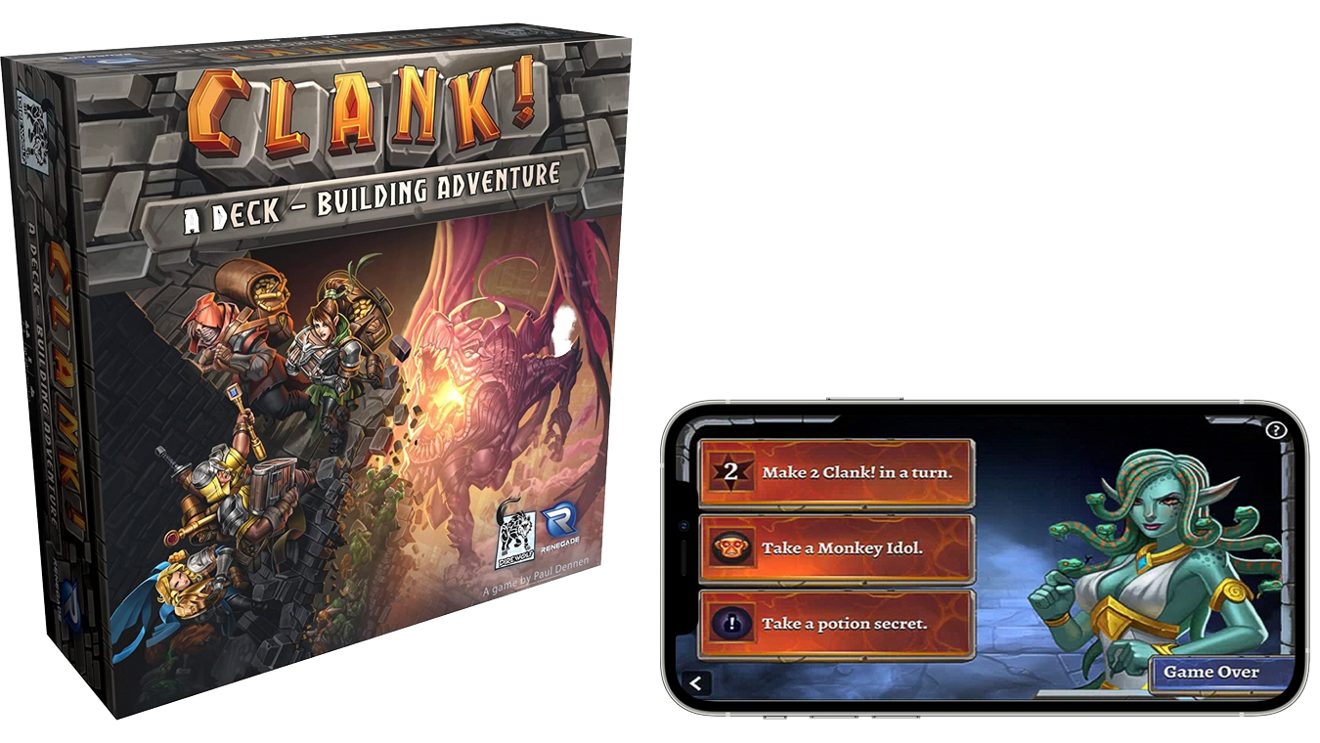 In an adventure somewhat reminiscent of The Hobbit, Clank! has you entering a dungeon that’s the lair of a mighty dragon. Pillage treasure and manage risk vs. reward as you build your deck.

The Renegade Games companion app, which supports several other games, allows you to play a single-player campaign, handy for quarantined fun. 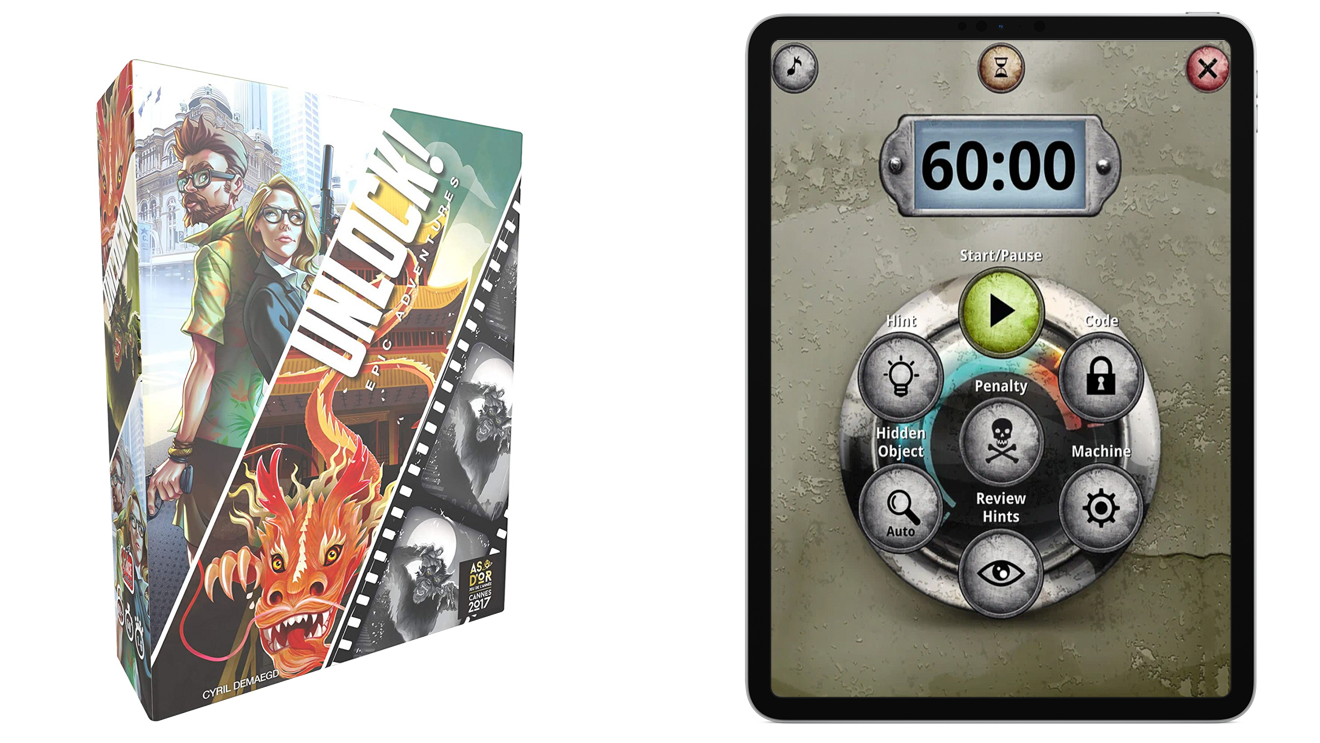 This creative escape-room game challenges you to use deductive reasoning to find your way off of Professor Nodside’s crazy island. The puzzles focus on numbers, combining numerical cards that represent objects to see if you’ve unlocked another layer of the mystery.

The companion app gives you clues and allows you to enter codes and see if they help you escape. 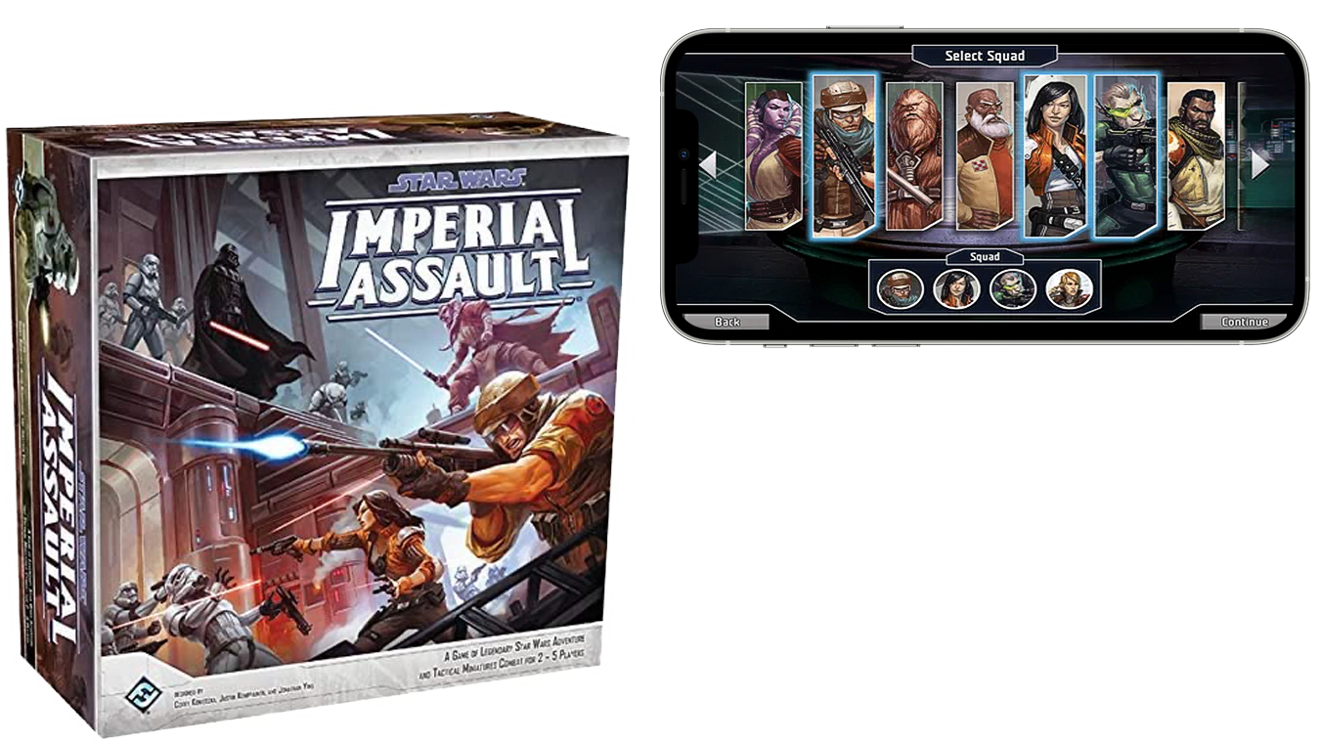 This Star Wars title borrows from Mansions of Madness’s gameplay. Typically, the board game requires one player to be The Empire while everyone else plays as the Rebel Alliance. However, with the Legends of the Alliance companion app, all players can fight together as the Rebellion while the app serves as the game master and plays as Imperial forces.

The Legends of the Alliance companion app for iPhone and iPad is free on the App Store. You can buy the Star Wars: Imperial Assault tabletop game for $124.99 on Amazon. 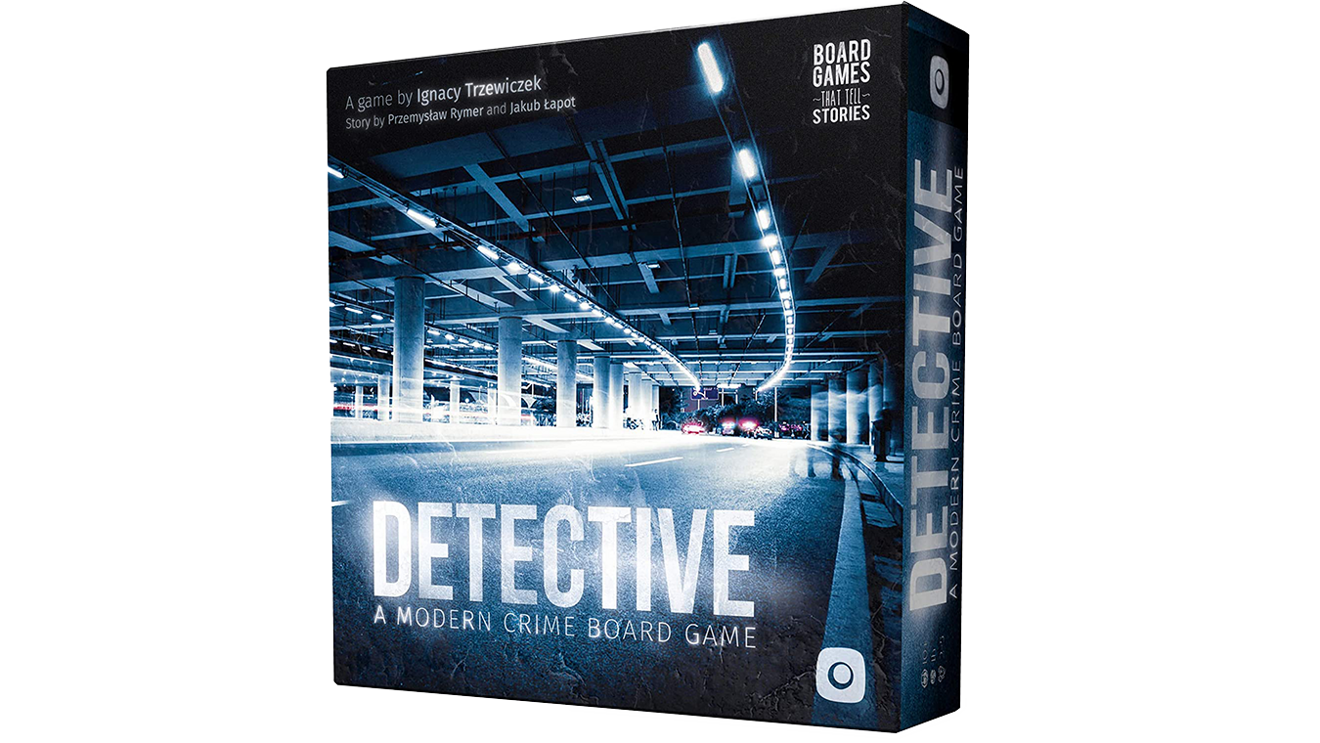 A crime-solving epic, each game of Detective: A Modern Crime gives you five cases to solve, with one overarching meta-plot that connects them all. While the game doesn’t have a native companion app in the App Store, you’ll still use your iOS device or Mac to log into a website to help conduct searches.

The Lord of the Rings: Journeys in Middle-earth 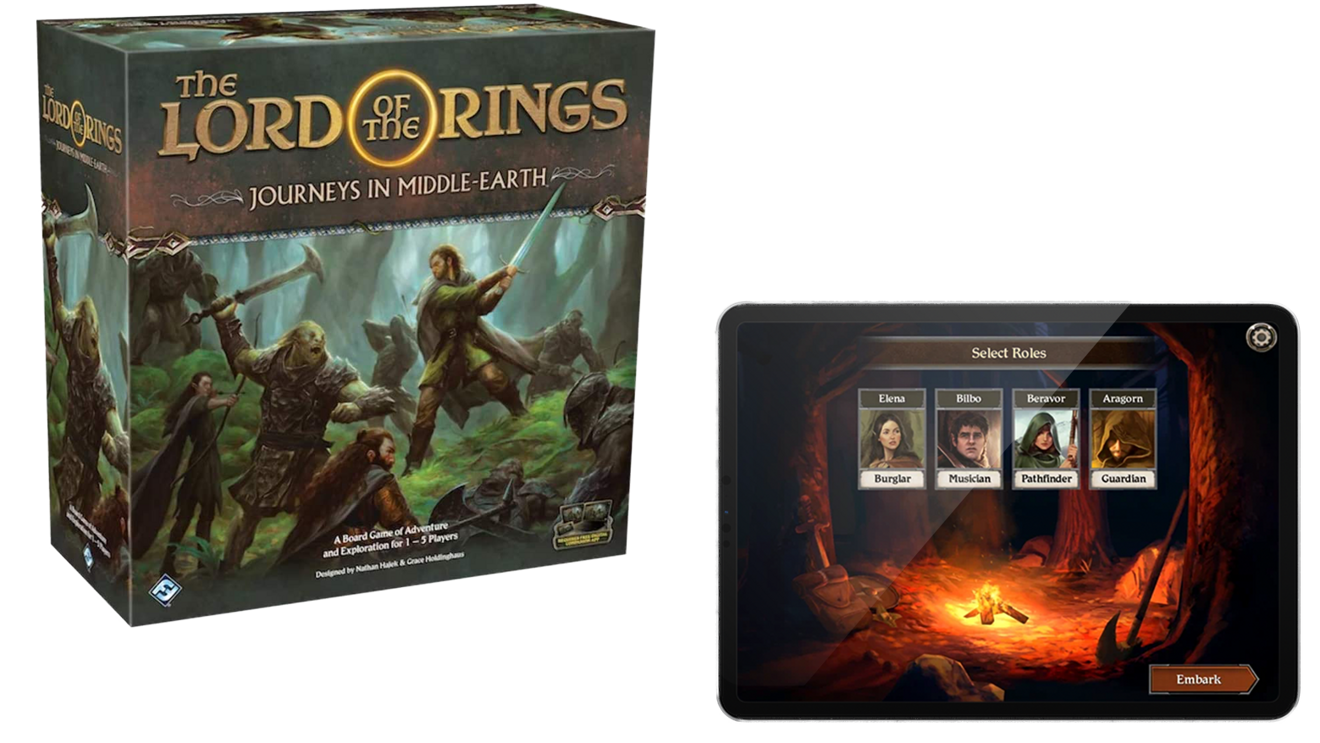 Build your own Fellowship of the Ring in this adventure set in J.R.R. Tolkien’s fantasy worlds. You can choose from familiar characters like Aragorn, Legolas, Gimli, and Bilbo as you and your friends play cooperatively to unite against dark forces.

The companion app sets up character interactions, tracks your party’s inventory and skills, and determines the outcomes of fights. The game supports one to five players.

The Journeys in Middle Earth companion app is free in the App Store and works with iPhone, iPad, and M1 Macs. You can buy the physical board game for $79.96 on Amazon. 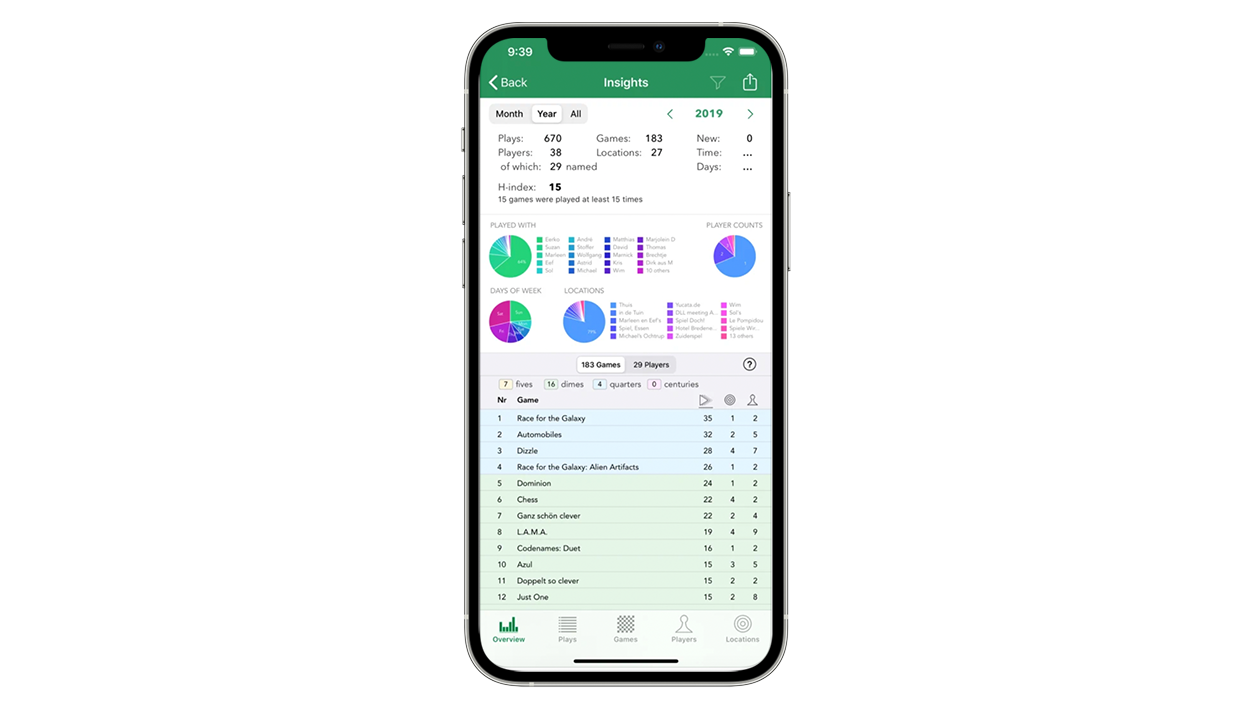 This all-purpose tool stands as a digital second screen for any board game you and your friends play. While it doesn’t tailor to any specific title, it does let you keep track of games, turns, and scores while including stats and graphs.

Flashlight on iPhone – everything you need to know