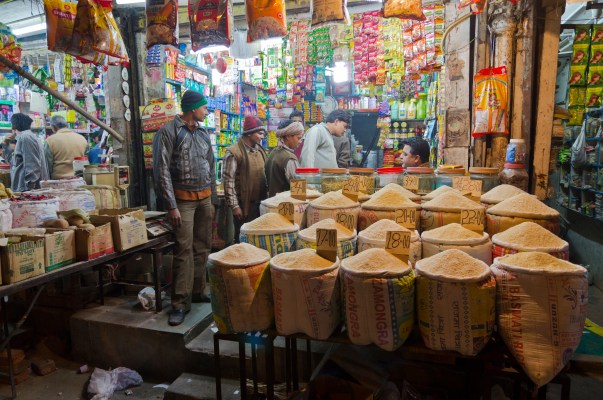 After spending more than a decade disrupting the neighborhood stores in the U.S. and several other markets, Amazon and Walmart are employing an unusual strategy in India to face off this competitor: Friending them.

Walmart and Amazon, both of which face restrictions from New Delhi on what all they could do in India, have partnered with tens of thousands of neighborhood stores in the world’s second-largest internet market this year to leverage the vast presence of these mom and pop stores.

In June this year, at the height of the pandemic, Amazon announced “Smart Stores.” Through this India-specific program, for instance, Amazon is providing physical stores with software to maintain a digital log of the inventory they have in the shop and supplying them with a QR code.

When consumers walk to the store and scan this QR code with the Amazon app, they see everything the shop has to offer, in addition to any discounts and past reviews from customers. They can select the items and pay for it using Amazon Pay. Amazon Pay in India supports a range of payments services, including the popular UPI, and debit and credit cards.

The world’s largest e-commerce giant also maintains partnerships that allow it to turn tens of thousands of neighborhood stores as its delivery point for customers — and sometimes even rely on them for inventory.

Amazon partners with thousands of kirana stores all over India as delivery points. It’s good for customers, and it helps the shop owners earn additional income. Got to visit one in Mumbai. Thank you, Amol, for letting me deliver a package. #MSME pic.twitter.com/VpoHUoJOIH

India has over 60 million small businesses that dot the thousands of cities, towns and villages across the country. These mom and pop stores offer all kinds of items, are family run, and pay low wages and little to no rent.

This has enabled them to operate at an economics that is better than most — if not all — of their digital counterparts, and their scale allows them to offer unmatched fast delivery.

Krishna Shah, a New Delhi-based doctor, on paper is one of the perfect customers of e-commerce services. She lives in an urban city, uses digital payments apps and her earnings put her in the top 5% income level in the country. Yet, when she needed to buy food for her cats and needed it as soon as possible, she realized the major giants would take hours, if not longer. She ended up placing a call to a neighborhood store, which delivered the item within 10 minutes.

That neighborhood store, which employs fewer than half a dozen people, was competing with over a dozen giants and heavily funded startups including Grofers and BigBasket — and it won.

At stake is India’s retail market, which is estimated to be worth $1.3 trillion by 2025, from about $700 billion last year, according to Boston Consulting Group and the Retailers’ Association India. E-commerce, by several estimates, accounts for just 3% of the retail market in the country.

If that figure wasn’t small enough already, consider this: Some of the biggest customers of Flipkart and Amazon are these small retail stores. An executive with direct knowledge of the matter told TechCrunch that during some sales, as high as 40% of all smartphone units are bought by physical stores. The idea is, the executive said, to buy the devices at a discounted price, sit on them for a few days and when Amazon and Flipkart are done with their sales, sell the same phones at their standard prices.

Sujeet Kumar, co-founder of Udaan, a Bangalore-based startup that works with merchants, said that even as smartphones and the internet have reached all corners of India, e-commerce hasn’t been able to disrupt the retail market.

“The problem is that it is very difficult for e-commerce companies to build a supply chain and distribution network that is more efficient than those established by neighborhood stores. These mom and pop stores operate on an insanely different kind of cost economics. E-commerce companies are not able to match it,” he said.

Previous Can you IPO sneakers? Also, this is the last Exchange roundup of the year – TechCrunch
Next The Twitter ‘Carp’ Tweet Meme, Explained

Camera refinements are nice, but the price drop’s the thing – TechCrunch

Google today announced a subtle but welcome refresh of its mobile search experience. The idea ...