There’s already much more news about macOS Monterey than even Apple revealed in the WWDC 2021 keynote. From the small to the tiny, the new macOS is replete with features you’ll want to use.

“We do have more we’d like to talk about,” said Craig Federighi as he concluded WWDC 2021’s announcement of macOS Monterey. He just didn’t detail any of it and instead the keynote presentation moved on. Here’s what else Apple has now revealed about macOS Monterey.

Although Apple did headline the major new changes, it’s going to be in these details that you’ll find those key updates that will make a difference to your use of the Mac. As small as they are, once you’ve used them, macOS Big Sur is going to seem archaic.

Both Craig Federighi and Beth Dakin, Senior Manager, Safari Software Engineering, concentrated on how tabs have changed in Safari. The new position and the newly integrated search field are the most visible, the most immediately useful features.

Right alongside that, though, is how the sidebar has been redesigned to accommodate the new emphasis on tab groups. There’s a cosmetic change, too, in how tabs themselves are more rounded and clearer when you’re using them.

Even today, some of the sites you open up in tabs are going to still be using HTTP instead of the more secure HTTPS. But the new Safari will automatically upgrade them so that your connection is HTTPS anyway. 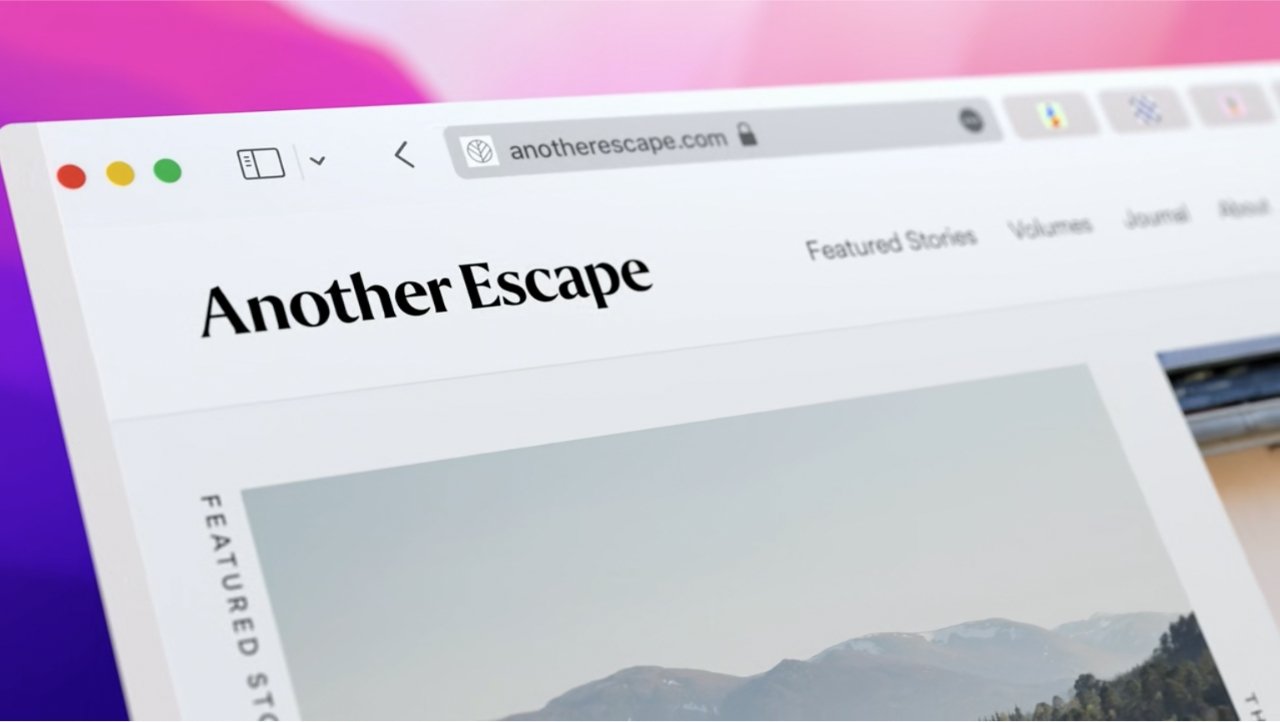 That’s all part of making Safari more secure and private. And Safari will bring increased privacy protections, preventing trackers from determining your IP address and using it to build a profile of what sites you tend to use.

Whether you’re in Safari or anywhere else on your Mac, you will be able to use Quick Notes. This is the name for the action of rapidly opening a note that is then, when you choose, saved into Apple Notes.

Later when you go back to that website — or open an app where you’ve made a Quick Note — a thumbnail of the note will be displayed. It’s there to remind you that you’ve made this note, but also to then let you swiftly append to it.

As you work on a Quick Note, you can elect to hide it on one side and bring it out as you want to add information.

Notes you create are of course synced automatically across all of your devices. However, easily the most startling example of how you can share information in macOS Monterey is Universal Control.

As demonstrated in the keynote, this is the feature whereby simply placing an iPad next to a MacBook Pro creates a sharing connection. The keyboard on the MacBook Pro, and its trackpad, can be used to control the iPad.

What Apple didn’t specify was that this Universal Control is specifically limited to three devices. They can be any combination of these, however:

So that does mean that yes, Universal Control also works with Intel Macs.

Apple says that the devices must all have Bluetooth, Wi-Fi, and Handoff enabled. Plus they’ve got to be within 30 feet (10 meters), and an iPad and Mac can’t be using tethering for their internet connection. 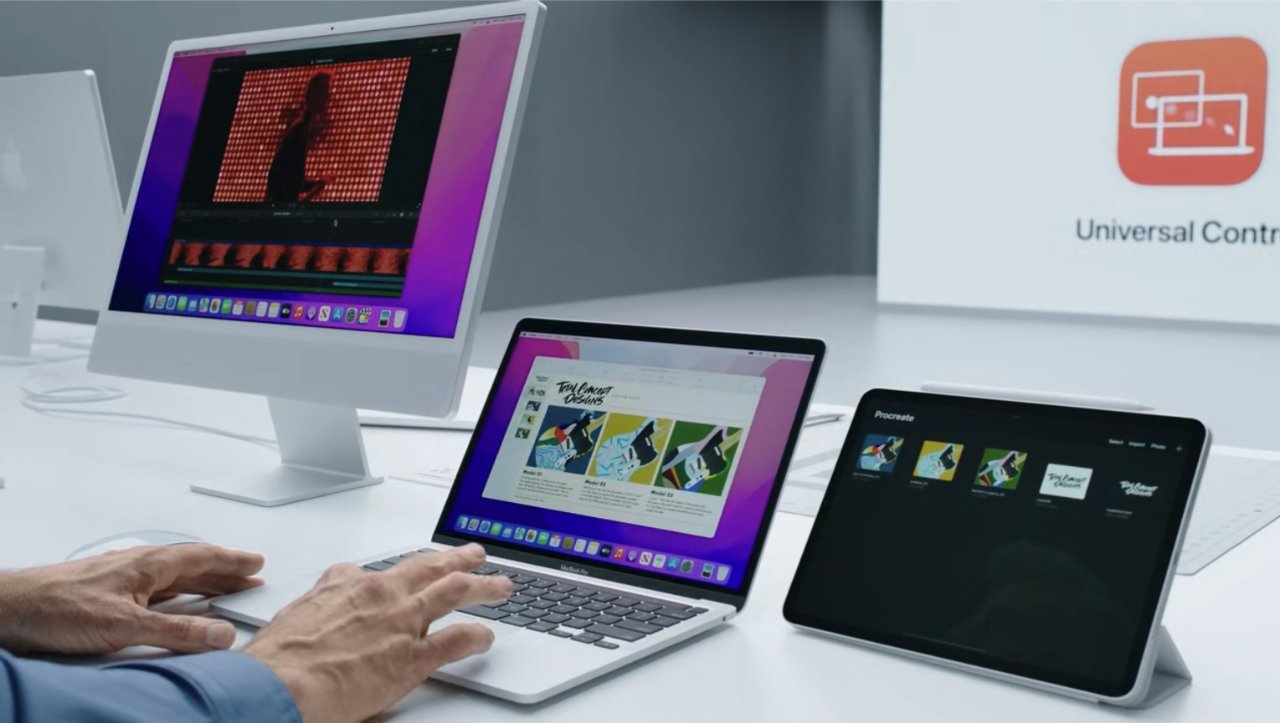 There is one other configuration that Apple has so far only briefly alluded to. It will be possible to use Universal Control over an iPad that is connected to a Mac via USB.

Either you’ve not going into Shortcuts on iOS yet or you are now crossing your fingers that you’ll be able to use your hundreds of them cross-platform. Yes. Apple confirms that you can create a Shortcut on any device and they will automatically sync across.

There will be features on macOS that have no equivalent on iOS, and vice versa, but this is not some separate copy of the Shortcuts feature. It is an expansion of the existing Shortcuts to macOS.

Apple did state that the older Automator system would continue to be supported, but it only briefly mentioned AppleScript. Further supporting the supposition that the more powerful service will also continue, Apple now says that Shortcuts for Mac will be able to include AppleScript.

There aren’t many companies that would make a big deal out of their screensavers, and Apple didn’t spend any precious keynote time on them either. But Apple has updated its wallpaper and screensavers for this version of macOS as it always as.

Or rather, almost as it always has. This time the new set of wallpapers and a screensaver include one that, “celebrates the history and progress of Mac.”

“Watch as the word ‘hello’ writes on the screen in 34 different languages using a custom-designed 3D font inspired by the first Mac,” says Apple. “The generative screen saver follows the graceful arcs and curves of letters as it writes and selects from different camera angles and positions — ensuring that the animation feels fresh every time.”

Also small, and also visual, but also pleasing, is a new pie chart progress indicator. When copying files, a small pie chart icon will show how far the operation has got, plus you can now stop or pause the copying to resume later. 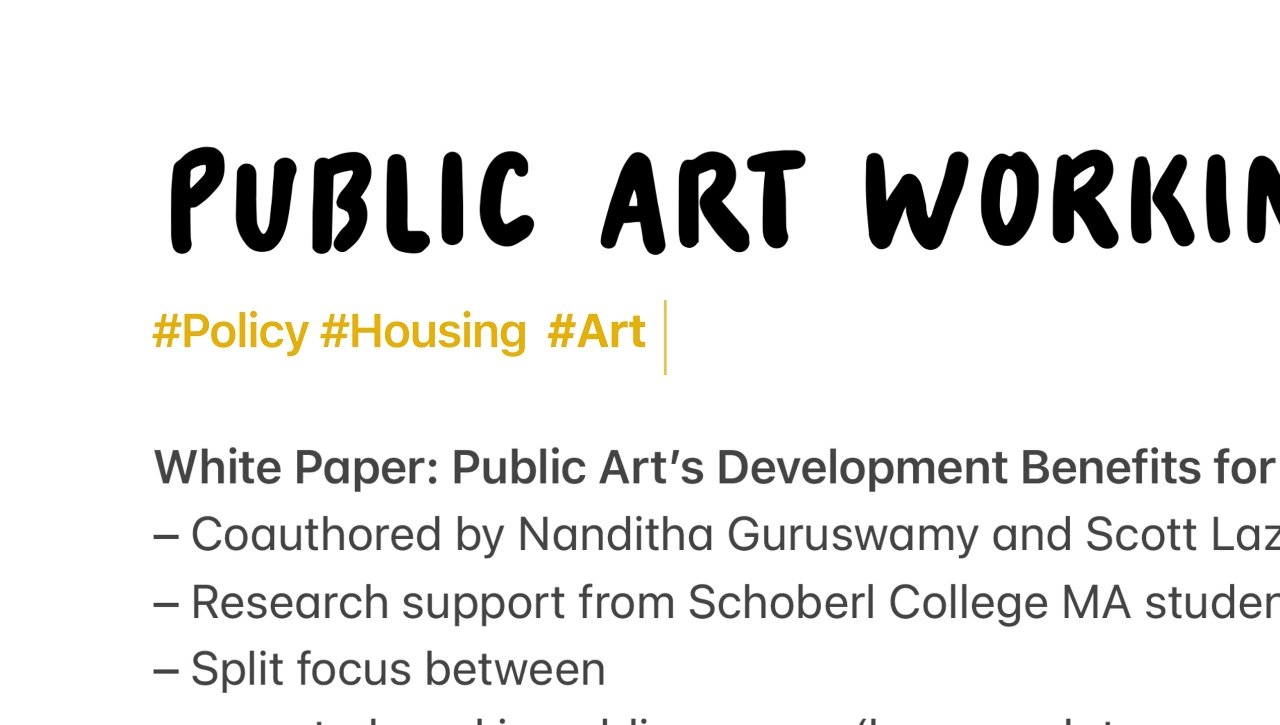 Just as you can in iPadOS 15, macOS Monterey lets you make Quick Notes with tags

Mac in the future

Individually, these may be the smallest little developments in the Mac, but together they are compelling. However, don’t count on them all making it to the public release.

It’s close to certain that they will, at least without major changes, but Apple has previously dropped entire features such as group FaceTime when there have been issues. As macOS Monterey goes through beta testing, all of this will be examined in minute detail and put through enough stress that Apple is bound to change some things.

Whether those changes are visible or not, though, they’re also not necessarily all we’ll see by the time macOS Monterey is the default installation on the Mac. That’s partly because Apple may well be planning further additions to the beta.

But it’s also because Apple will release new devices before macOS Monterey is official. It’s easier to guess that there will be changes in the case of, for instance, watchOS, as the operating system will have to support any new hardware features in the Apple Watch Series 7.

In the case of the Mac, it’s harder to see what possible changes there could be. Still, as tempted as these myriad new little features are, don’t rush into using the beta releases because they will go wrong.

Follow all the details of WWDC 2021 with the comprehensive AppleInsider coverage of the whole week-long event from June 7 through June 11, including details of all the new launches and updates.

While Apple’s Private Relay is on the way, not everyone may want to sign up ...